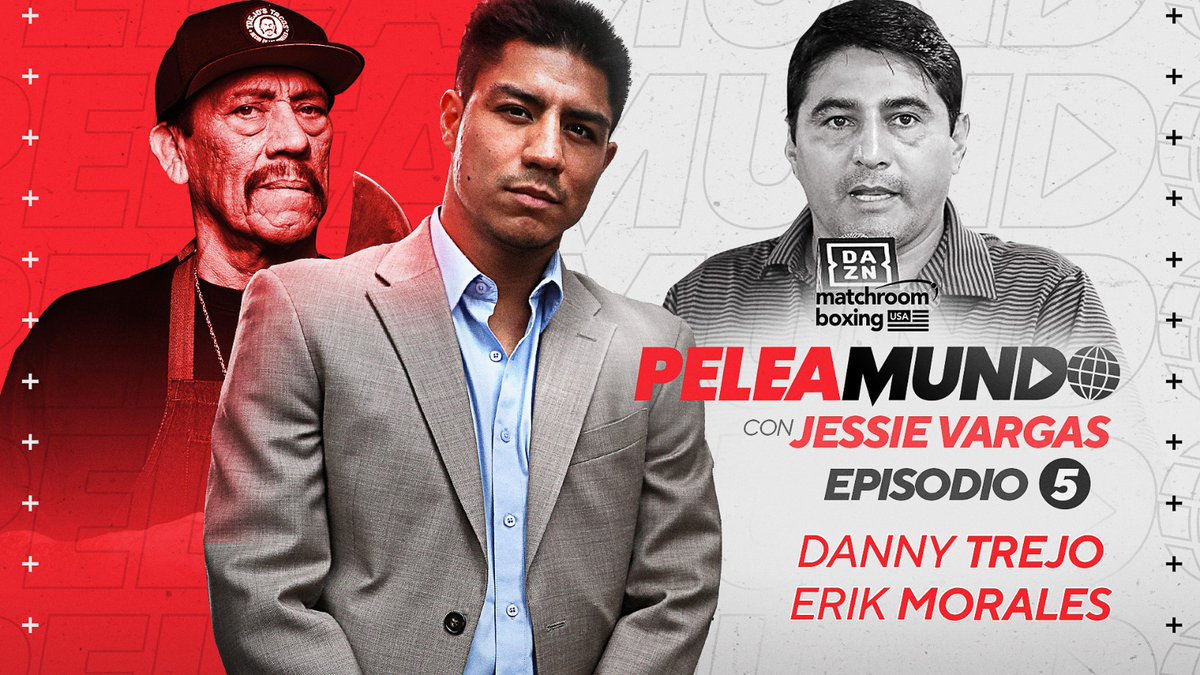 Danny Trejo says he has boxing to thank for starting his Hollywood career, as he joins the latest episode of Matchroom Boxing’s YouTube show ‘Peleamundo’.

TREJO IS A GUEST ON THE LATEST EPISODE OF ‘PELEAMUNDO’ ON MATCHROOM BOXING’S YOUTUBE CHANNEL NOW!

Trejo has had the sport in his heart since he was a kid and having used boxing as a tool to get through prison time, the sport offered him a route into the entertainment industry and the LA native took it with both hands.

The 76 year old, who appeared in blockbuster smash hits like From Dusk ‘till Dawn, Heat, Con Air and more, found acting thanks to training fighters for films, but he’s kept a keen eye on the sport whilst juggling his film career and running his Trejo Tacos business that is feeding both medical staff and the vulnerable during the COVID-19 crisis.

“I love boxing, I love everything about it,” said Trejo. “The first Ali-Frazier fight for me, that wasn’t a boxing match, that was a war. Same thing with Mike Tyson and Julio Cesar Chavez – they were both great boxers but they always had wars. I love watching great boxers too, guys like Floyd Mayweather, you can’t deny what he achieved.

“When I was eight or nine, my Uncle fought in the Golden Gloves and even at that age I was his sparring partner-slash-punching bag! But even back then he really taught me how to box so when I started getting into trouble and going to juvenile hall and the joint, they knew I boxed so I always fought in the joint and became champion of every institution I was in.

“I got out of the pen in ’69, I fought club fights for about two years but I couldn’t get a license because I had a lot of violence on my record. I fought at 137bs but I was fighting guys from there up to 152/3lbs, I think that’s where MMA started!

“We were working on a film ‘Runaway Train’, I ran into a guy I knew from jail who asked me if I was still boxing, I said ‘hell no I am 40 years old! Look at me, do you think I want to get hit in the face anymore?!’ He said that we needed to train one of the actors to box and I asked how much it paid and he said $320 a day. I wasn’t making $320 a week as a drug counsellor. So I said ‘how badly do you want this guy beat up?’

“When Andy Ruiz first fought for the World championship, he was in shape, he was ready, determined and he won. But then he came back 18lbs overweight with a new Rolls Royce. It’s just like Hollywood, it seduces you and think you have everything coming, and if you don’t stay humble it will kill you and nobody will like you. That’s the same thing that happens in boxing, you win a title and think you are a badass, it will get you and you will come back and not be in shape. I’ll back Andy, I’ll spar with him! I love him! The same thing happened with Mike Tyson, when he lost he’d been partying, he wasn’t training, and training is 75 per cent of the fight.

“We’ve been feeding a lot of the hospitals and a lot of the homeless in downtown LA, about 1000 people. We were feeding the nurses at the hospitals and she came over and she was crying saying ‘thank you, thank you,’ and she was speaking to us and saying that she’d been sleeping in her car because she didn’t want to go home and give her family the virus. We got her a motel room, because they’re the frontline, the army. I have a big sign outside my house saying: ‘God bless our doctors and nurses’ because they are the ones that are saving lives.”