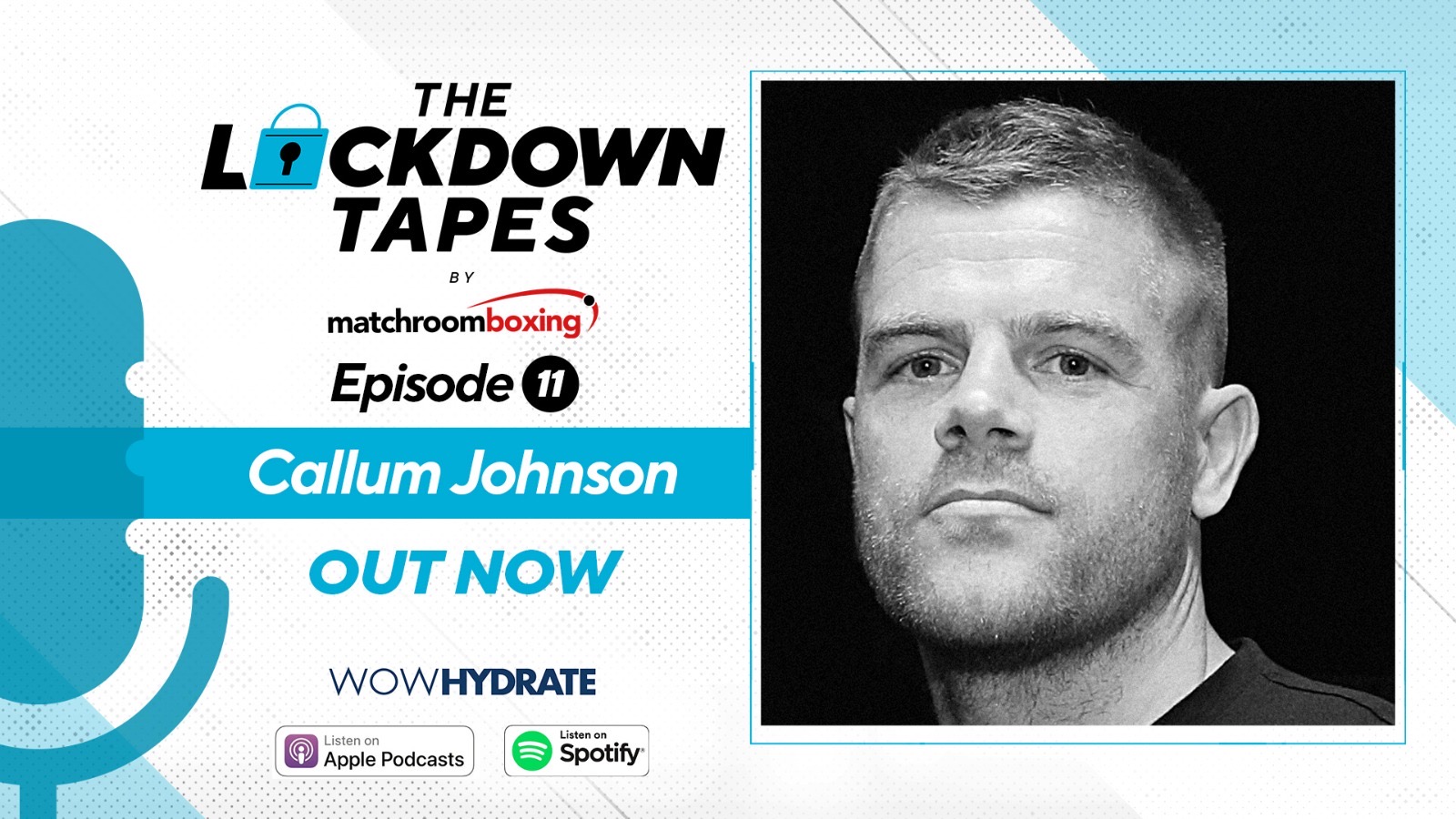 Callum Johnson believes that a huge domestic clash with rising Light-Heavyweight star Joshua Buatsi is inevitable down the line as he spoke with Chris Lloyd in the latest episode of Matchroom Boxing’s podcast ‘The Lockdown Tapes’.

Johnson (18-1, 13 KOs) was due to meet Russia’s Igor Mikhalkin for the vacant EBU European Title on the undercard of Dillian Whyte vs. Alexander Povetkin at Manchester Arena on May 2 before the event was postponed as a result of the ongoing COVID-19 pandemic.

A win over Mikhalkin would have bolstered Johnson’s chances of securing a second World Title shot after his sole career loss to Artur Beterbiev for the IBF belt in 2018, and the Boston man remains fully focused on European glory and a potential meeting with Matchroom stablemate Buatsi once it is safe for boxing to resume.

“The Buatsi fight is going to happen,” said Johnson. “It’s the easier fight to make and whether it happens next or the one after I believe it will and it’s a good fight that will generate a lot of interest with the British fight fans.

“It may be tough to get a World Title shot but if the European Title clash happens then that will put me right back up there in contention. If I am European Champ I feel the promoters can make it happen but it’s also down to getting the opportunities.

“I have got to focus on getting that European belt as it is a good one for the collection and I’d have British, Commonwealth, European then go for the World. When things do get back to normal I will be ready. I’m training really hard and consistently and I think I’m in the best shape of my life.

“I have another two or three good years in me that I think a lot of people are going to enjoy. I am 34 going on 25! The improvements I have made in the last seven weeks have been exciting and I can’t wait to get back in there.”

As well as speaking about a potential showdown with Buatsi and his European and World Title ambitions, Johnson reflects on winning Gold at the 2010 Commonwealth Games in Delhi, his Olympic regrets, his World Title shot against Artur Beterbiev, fighting behind closed doors and more.