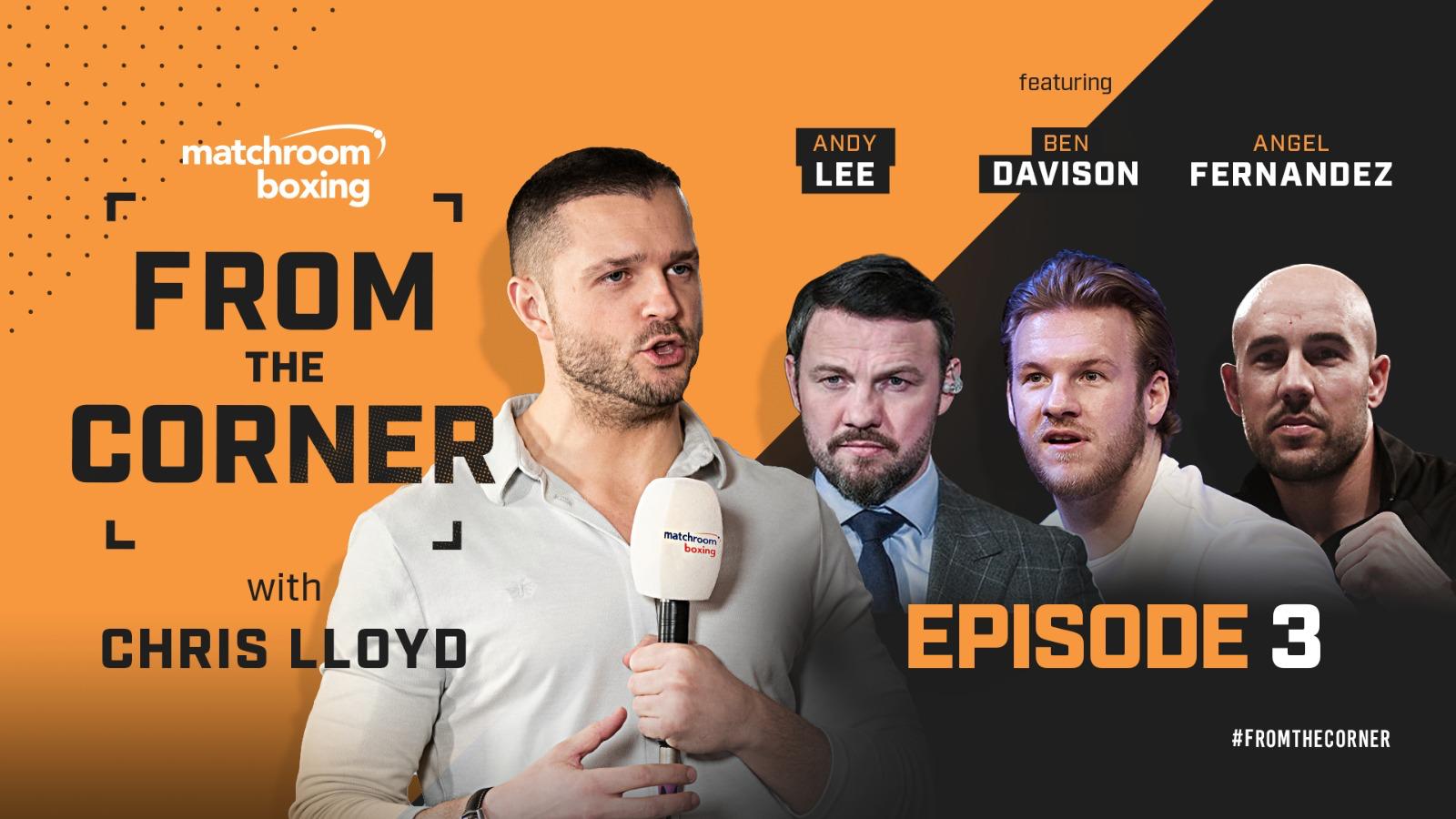 LEE, DAVISON AND FERNANDEZ STAR IN ‘FROM THE CORNER’ EPISODE 3
Three of boxing’s best cornermen join Chris Lloyd to discuss how boxing will emerge from the lockdown and more

Matchroom Boxing’s ‘From The Corner’ series switches to the UK and Ireland for a brand new episode with host Chris Lloyd that premieres across social media at 7pm (BST) tonight.

WATCH LEE, DAVISON AND SHIELDS TALK ALL THINGS BOXING WITH CHRIS LLOYD ON ‘FROM THE CORNER’ ON MATCHROOM BOXING’S YOUTUBE CHANNEL FROM 7PM (BST)

The trio then turn their attentions to the elephant in the room, a potential undisputed World Heavyweight Title showdown between Anthony Joshua and Tyson Fury.

Lee formed part of Fury’s World Title win over Deontay Wilder, Davison helped The Gypsy King overcome adversity to return from his lowest moment and Fernandez was a recent addition behind Joshua’s revenge mission over Andy Ruiz in Saudi Arabia

Lee: “Joshua is a much better fighter than Wilder all round but I’m not sure how he would handle Tyson going at him.”

Fernandez: “AJ likes that fight. Both Joshua and Fury are exceptional fighters. It would be a true fight for boxing fans that I’m sure would be talked about for years to come”

Davison: “I always thought AJ’s style and limitations are suited to Tyson but he’s shown versatility now. The first round or two would be very interesting to see how the pair make adjustments”