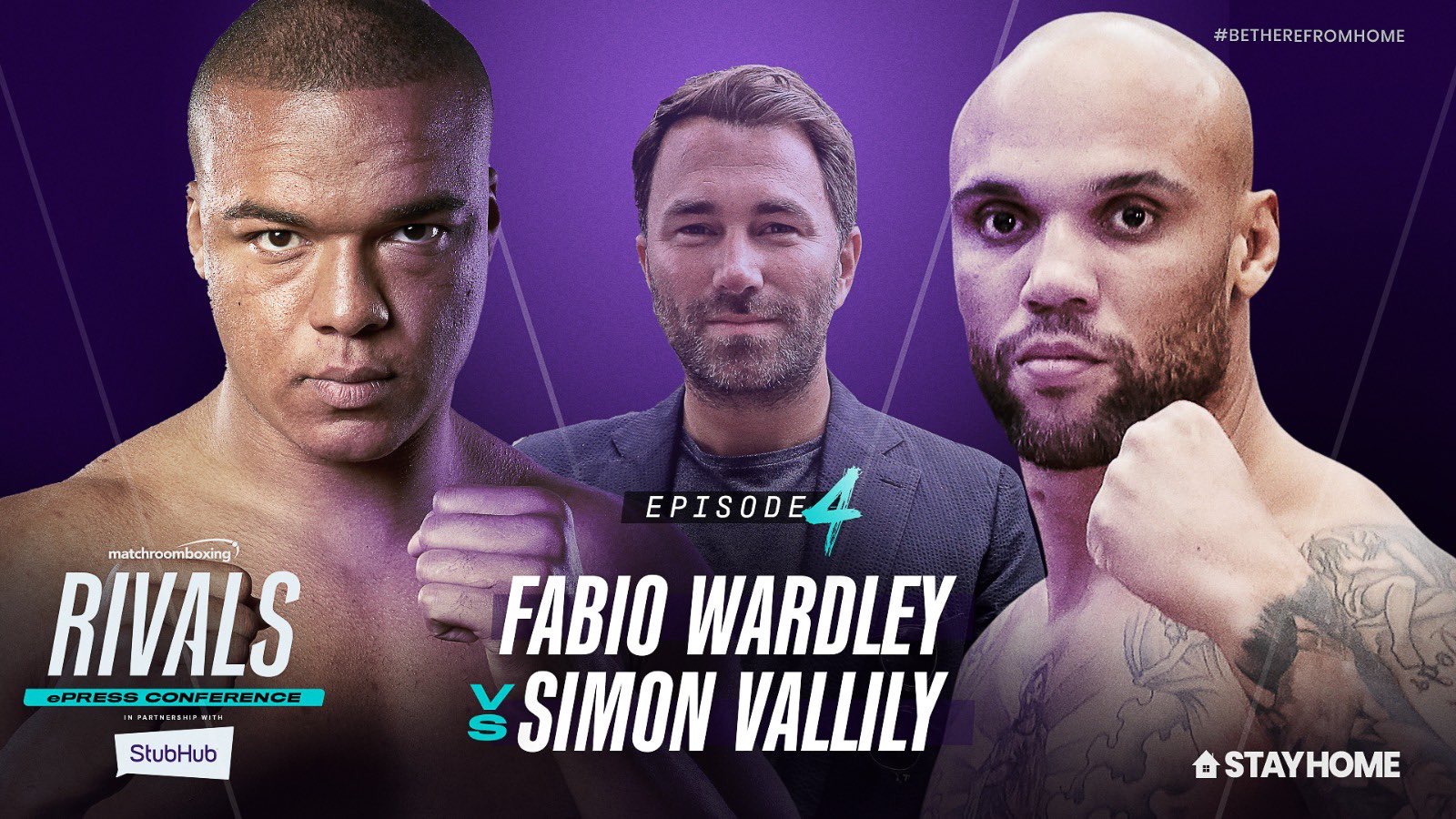 “I’m liking that Simon is saying he’s back in a good place because that means when I get the win nobody can take anything away from me,” said Wardley. “Simon is a really good contender, he’s a good fighter and he’s got a good pedigree. That’s everything that I need, I want to prove myself against someone that has got a good background.

“Simon is here to put on a good show and come and test me but ultimately I’m here for the win, I’m here to take someone out. I’m proven to knock people out, whether I break them down or whether it be a single punch. Unfortunately for Simon it’s his last chance but he’s going to be on the other end of that and I’m getting my hand raised and I’m moving on to bigger things.”

“I think that experience will play a big part,” said Vallily. “You keep on going on about the guys Fabio has sparred with, but I’ve been around the block and I’ve sparred with some of the best lads in the world – I’m not going to bang on about it.

“10oz gloves and no headguards, believe me it’s a whole different ball game. It’s going to be a big eye-opener for him. I’ve had a look at him, and you can see he’s got a bit of talent. He’s tricky, he’s fresh, he’s going to come and he’s going to be fit.

“It’s going to be a really good fight but totally disregard my professional career to this point because to be honest with you it’s been a total shambles. This is where it starts now and unfortunately for Fabio, this is my coming out party and not his. He’s not going to see the final bell. Sorry Fabio, but you’re going to sleep mate!”

Fans can tune in to Rivals at 7pm (BST) on the Matchroom Boxing YouTube channel here: Wardley vs. Vallily Rivals