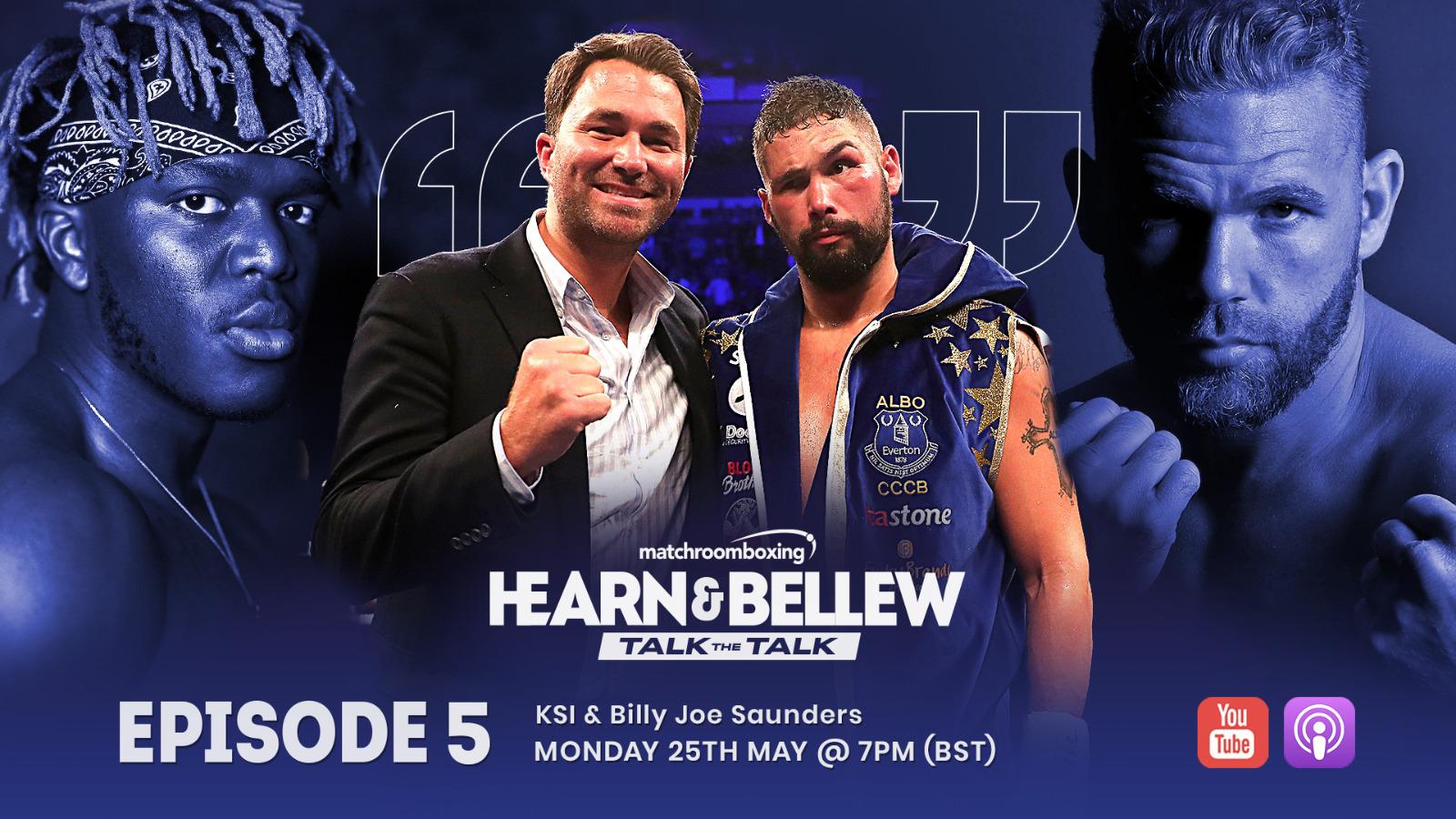 Eddie Hearn and Tony Bellew are back with the fifth instalment of our ‘Talk the Talk’ series, which airs tonight at 7pm (BST) on the Matchroom Boxing YouTube channel.

This week the duo are joined by YouTube sensation KSI who defeated rival YouTuber Logan Paul at the Staples Centre in Los Angeles back in November and reigning undefeated WBO Super-Middleweight World Champion Billy Joe Saunders.

“Episode 5 of 6 is another cracker,” said Hearn. “Billy Joe I think has got it in him to deliver on the big stage and it was great to discuss these potential mega fights and also check in with KSI, who has his new album out. Will we see him back in the ring with Jake Paul? I think so down the line.”

“It was great finding out a little bit more and speaking with KSI,” added Bellew. “I now look at him as someone who works very hard, sometimes you have to put your hands up – You have to admire his work ethic. Billy Joe is a diamond, we go back years and it was great to catchup and hear his plans – Deep down he has a good heart.”