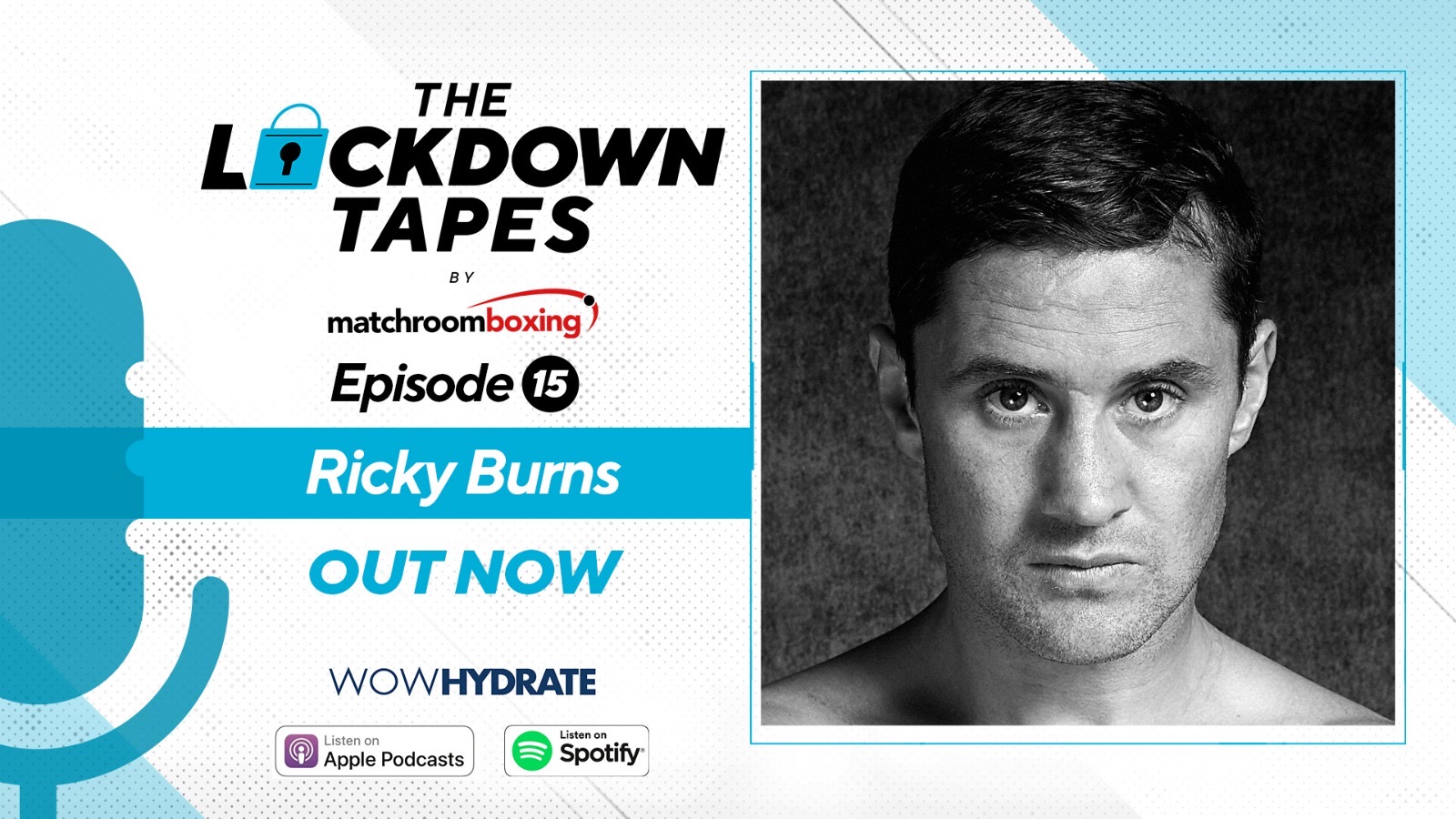 BURNS: I WOULD LOVE TO FINISH MY CAREER IN GLASGOW
Scottish fight legend still has ‘a year or two left’ of remarkable story

Ricky Burns says it would be fitting to draw the curtain on his illustrious career in Glasgow when the time is right, but the Coatbridge hero is confident he still has plenty more great nights left in the tank as he spoke with Chris Lloyd in the latest episode of Matchroom Boxing’s podcast ‘The Lockdown Tapes’.

Burns (43-8-1, 16 KOs ) created history by becoming Scotland’s first three-weight World champion in May 2016 when he added Super-Lightweight glory to his Super-Featherweight and Lightweight titles by stopping Michele Di Rocco for the WBA title at the SSE Hydro.

‘Rickster’ joined the paid ranks at the age of 18 in October 2001, decisioning Woody Greenway at Kevlin Hall in Glasgow, 51 fights and almost 20 years later the ultimate professional insists that he is still going strong following a close defeat to Welshman Lee Selby in London last October.

“I just felt as if I had done enough to win in that fight,” said Burns. “It wasn’t just the Selby fight but over the last year and on social media, I had lots of people asking me if I was still fighting. After the fight it was things like that going through my head but I’m not ready to retire yet. If I had went in and Lee had punched the face off me I would have said no more.

“As I say, I thought I had done enough to win and I do think I have a couple of good fights left in me so let’s see what happens! I was 36 at the time, I am 37 now and I don’t kid myself. I know I have got a year or two left of my career. I’ve always said I will decide when the time is right, I just don’t like it when people are trying to force it upon me.

“I started ticking over in the gym up here and had to shake off a few injuries after the Selby fight. All the scans have come back clear and I have been back to normal doing marathon runs, the body is all good.

“We’ve not spoken about dates or opponents yet but I would love to finish my career in Glasgow and have one more big night up here. Throughout my career the fans have always turned up and showed great support so I would love to put on one last show for them up here before I call it a day.

“I don’t really want to think about life after boxing until I’ve decided that’s it. I see myself staying within boxing and getting an amateur club started. Getting my pro license would be great and I think I would make a good coach and a good trainer.”

As well as reflecting on his glittering career and looking ahead to what comes next, Burns discusses his amateur days in Scotland, dealing with losses, what it takes to maintain his incredible fitness, as well as the future of Scottish boxing.