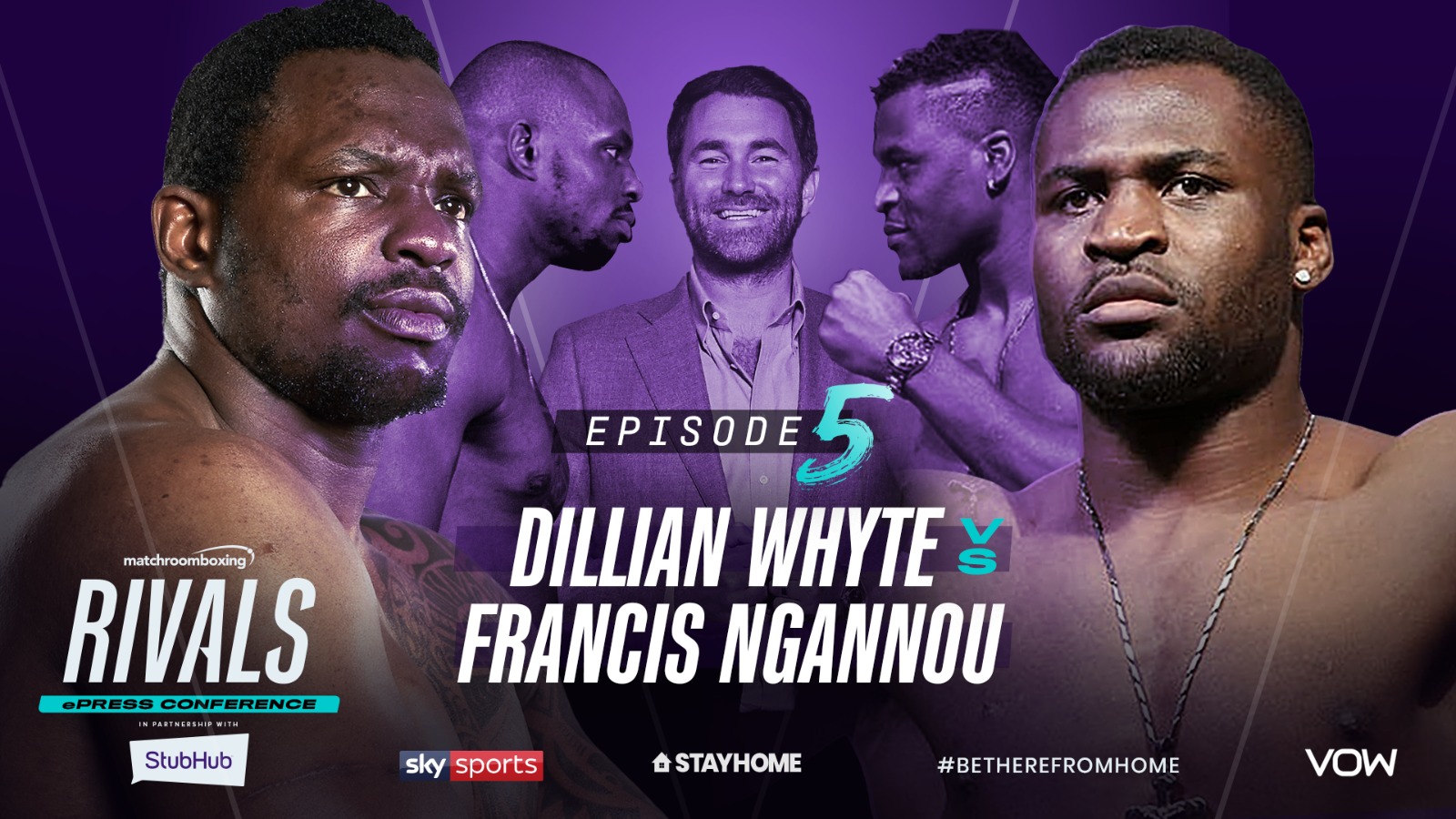 Hearn revealed that he has received huge demand to stage an explosive battle between the big-hitters, and is planning on holding talks with UFC boss Dana White with an eye to putting on the fight at the back end of 2020.

Whyte is currently training for a rescheduled clash with Russian danger man Alexander Povetkin that is due to conclude Matchroom Boxing’s groundbreaking ‘Fight Camp’ this summer, but ‘The Body Snatcher’ could then turn his attention to a fight with Ngannou before the end of 2020.

Ngannou is the No.2 ranked contender in the UFC and the 33-year-old’s mettle has already been tested inside the boxing ring by British Heavyweight Joe Joyce when the big men shared eight rounds of sparring in Las Vegas earlier this year.

“Whoever wants it, can get it,” said Whyte. “We can do two fights, one in the ring and one in the cage. We’ve both got power, we’re both in our prime and one punch can end it. I want to get it on and rock the world.”

“People have been talking about this potential fight for months now,” said Ngannou. “This makes sense down the line, me and Dillian are going to cross paths. I don’t back down from a challenge.”

“Dana loves great fights, so I’ll try to make this happen. This isn’t a gimmick, this is two of the best and baddest in the world. Whyte vs. Ngannou would be huge,” added Hearn.

Fans can tune in to Rivals on the Matchroom Boxing YouTube channel here: Whyte vs. Ngannou Rivals