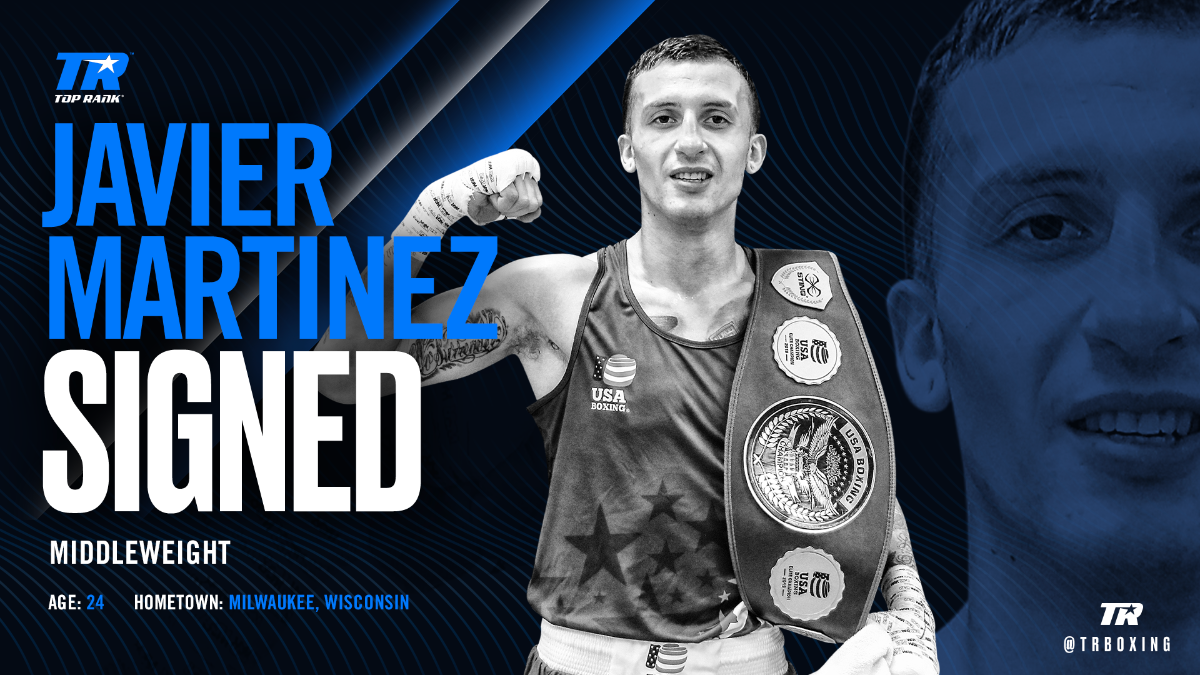 LAS VEGAS (June 22, 2020) — Javier Martinez, USA Boxing’s top-rated fighter at 165 pounds, has signed a multi-year contract with Top Rank and will make his professional debut as a middleweight June 30 live on ESPN.

Martinez, 24, from Milwaukee, Wisconsin, won the 2020 U.S. Olympic Trials, but after being selected as an alternate for the Olympic team, elected to punch for pay after roughly 160 bouts in the amateur ranks. He captured his first of five national titles at the age of 13 and won a USA Elite National Championship in 2018.

Martinez is trained by Jorge Capetillo, who is known for his work with the likes of lineal/WBC heavyweight world champion Tyson Fury and former world champions Jessie Magdaleno and Antonio DeMarco.

“With Javier’s amateur credentials, fan-friendly style, and Top Rank’s amazing track record at developing amateurs into champions, this is a win-win for everyone,” said Tim VanNewhouse, Martinez’s manager. “I look forward to a big future for Javier, and I’m eager for everyone to see his pro debut on ESPN June 30.”

“I knew it would be hard for me to qualify for the Olympics, so when I found out they chose someone else, it made no sense for me to stay,” Martinez said. “I got this opportunity from Top Rank, so why not? I have a great promotional company and manager behind me.

“I’ve just been beating everyone in the country the past three, four years, so the time was right to make my next move.”

Martinez, the youngest of five children born to Mexican immigrants, first picked up a pair of gloves at 8 years old. He hopes to become only the second Milwaukee-born fighter — Pinky Mitchell was named the inaugural junior welterweight world champion in 1922 — to win a professional world title.

“I do this for my family. I do it for my kid,” said Martinez, who has a 7-year-old son. “I want to represent Milwaukee and my parents, who came to this country with nothing and built a life for my brothers and me.”