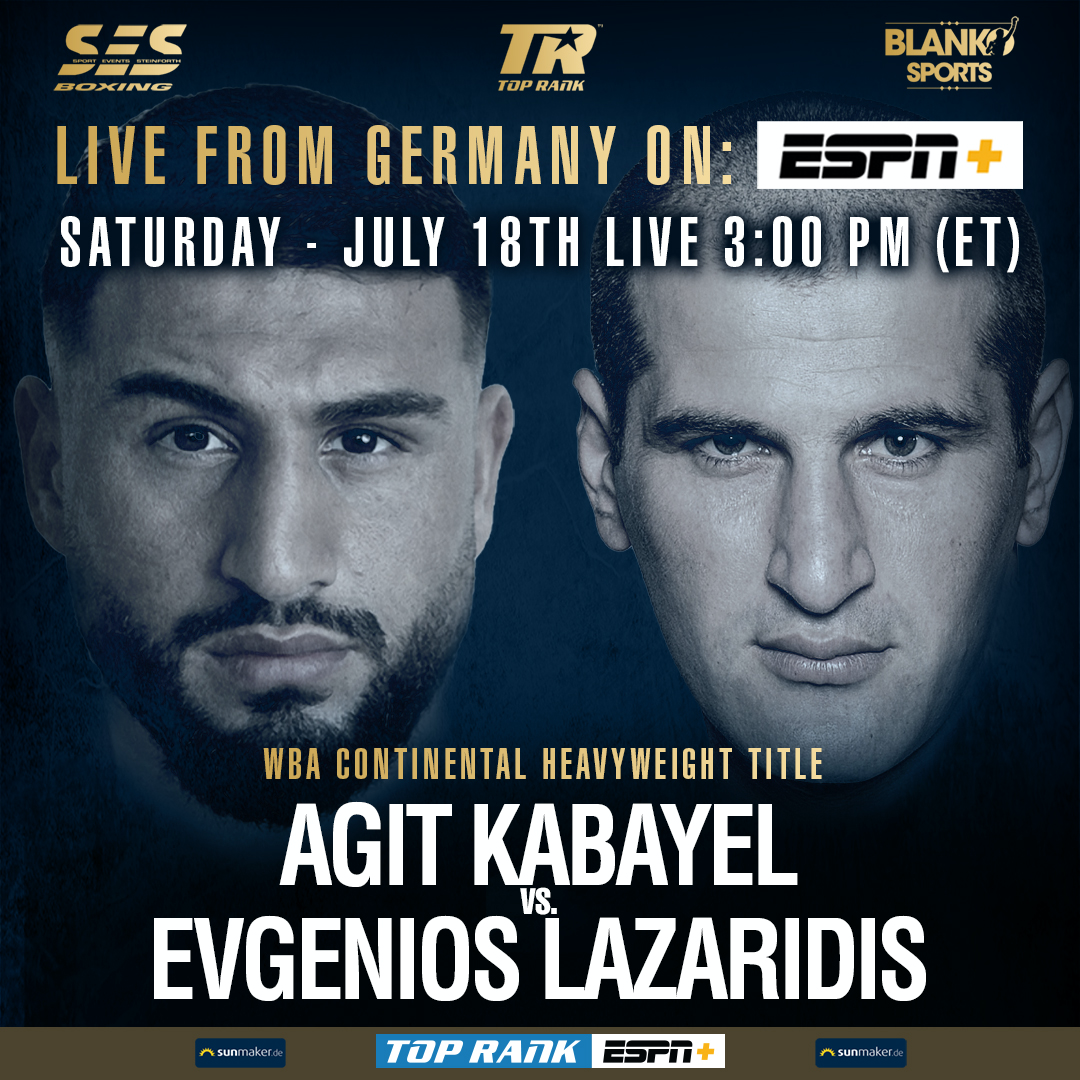 (July 14, 2020) — Live boxing is back on ESPN+ Saturday, July 18, with the return of undefeated heavyweight contender Agit Kabayel in a 10-rounder against Evgenios “Achilles” Lazaridis from Seebühne Elbauenpark in Magdeburg, Germany.

The event, promoted by SES Boxing, will take place in front of a limited number of fans and will mark Kabayel’s first fight since he signed a co-promotional pact with Top Rank last year. Kabayel-Lazaridis and select undercard bouts will stream live beginning at 3 p.m. ET/12 p.m. PT.

Kabayel (19-0, 13 KOs) is a former European champion who is currently ranked in the top 15 by three of the major sanctioning organizations. Based in Germany, standing 6-foot-3 and weighing 230-plus pounds, Kabayel won the title in February 2017 with a unanimous decision over Belgian veteran Herve Hubeaux. He defended the title three times — including a November 2017 majority decision over longtime contender Derek Chisora — before vacating it last year to make his mark stateside.

The COVID-19 pandemic delayed Kabayel’s United States debut, but he returns following a 16-month layoff to fight Lazaridis (16-2, 10 KOs), a former Greek amateur star who has won four in a row. Now based in Germany, the 32-year-old Lazaridis is a seven-year pro who, at 6’6, will have a three-inch height advantage over Kabayel.

In other action on the ESPN+ stream: