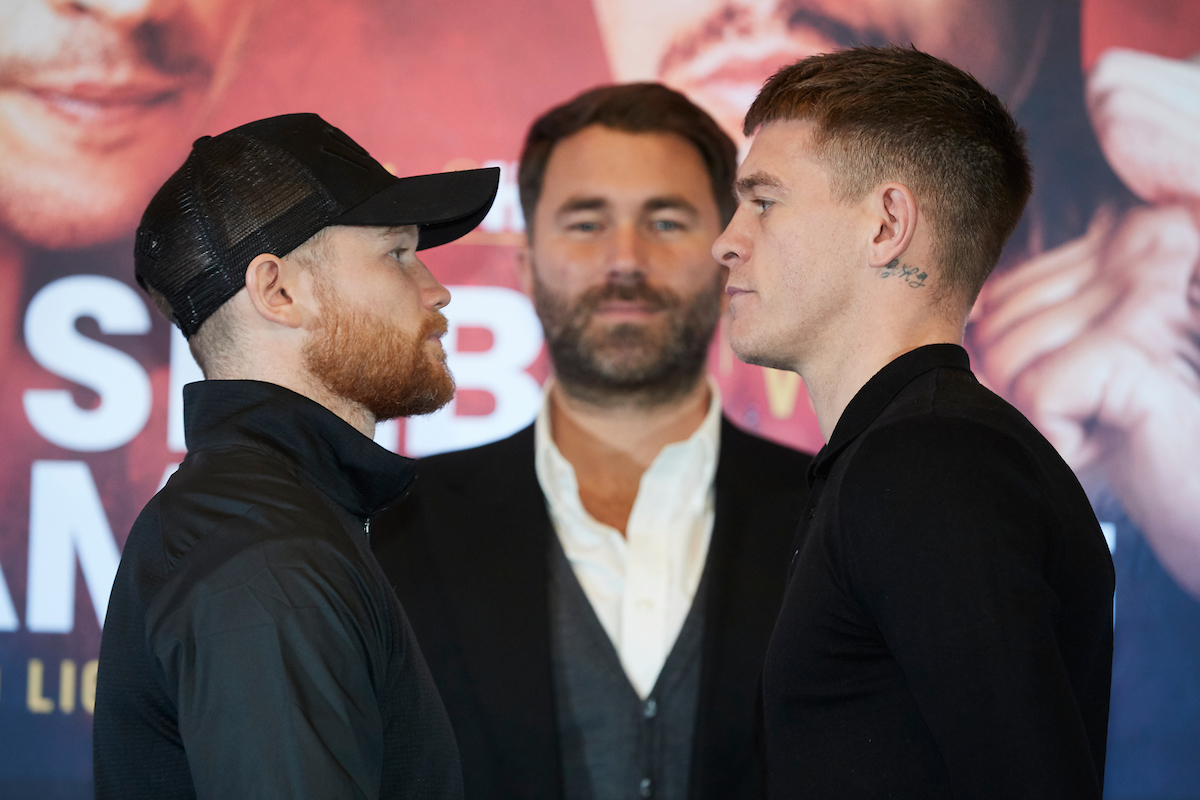 TENNYSON: I’M ONE OF THE HARDEST-HITTING LIGHTWEIGHTS IN THE DIVISION

The Assassin’ promises to pounce on KO opportunity

James Tennyson believes he has found his perfect weight after moving up to the 135lbs division where he has finished all four of his contests inside the distance in brutal fashion, earning him a shot at the vacant British Lightweight Title against Gavin Gwynne on Saturday August 1, live on Sky Sports in the UK and DAZN in the US.

The big-hitting Belfast powerhouse (26-3, 22 KOs) was originally scheduled to face Gwynne at the Motorpoint Arena Cardiff in May before COVID-19 put the sporting world on hold, but now gets the opportunity to make it two KOs in a row over Welsh opponents following his 11th round stoppage win over Craig Evans.

An impressive six-fight unbeaten streak at Super-Featherweight saw ‘The Assassin’ secure his first World Title shot against IBF ruler Tevin Farmer in Boston in October 2018. Tennyson says he suffered badly in attempting to shed weight before the fight and insists he feels much more comfortable at Lightweight as he looks to mount a fresh World Title charge at Matchroom Fight Camp.

“My last few fights at Super-Featherweight were starting to really push me on the weight as the fights went on,” admitted Tennyson. “Once the fight with Tevin Farmer came about it was one fight too many with doing the weight. I’m a natural Lightweight now, it’s not a push or a struggle to do the weight. I’m feeling strong, fit and healthy at the weight. Things have gone from strength-to-strength for me with four straight knockout wins so the move up in weight has done me good.

“Not cutting that extra few pounds is really helping my performances, I’m a lot stronger at the weight which makes a big difference. My record shows that I’m one of the hardest-hitting Lightweights in the division at the minute. I prepare for 12 hard rounds, but of course I’ll always be looking for that moment where you can just end the fight. My experience and my power will be a big factor in the fight. It always presents itself at some stage, it’s just when that opportunity arises, whether it’s round one or round twelve, I’ll pounce on it.

“This is a massive fight for my career. Gavin is a real tough lad. We’re both two come forward fighters and I believe that our styles are going to gel. It’s going to be a good war and I feel like this is a must-win fight for me. I’ll be ready come fight night. You can’t look past Gavin because he’s a big tough guy but down the line I want another World Title shot. Get this one out of the way and I’ll start chasing down that World Title.”