Ajagba to make debut under the Top Rank banner in 2020 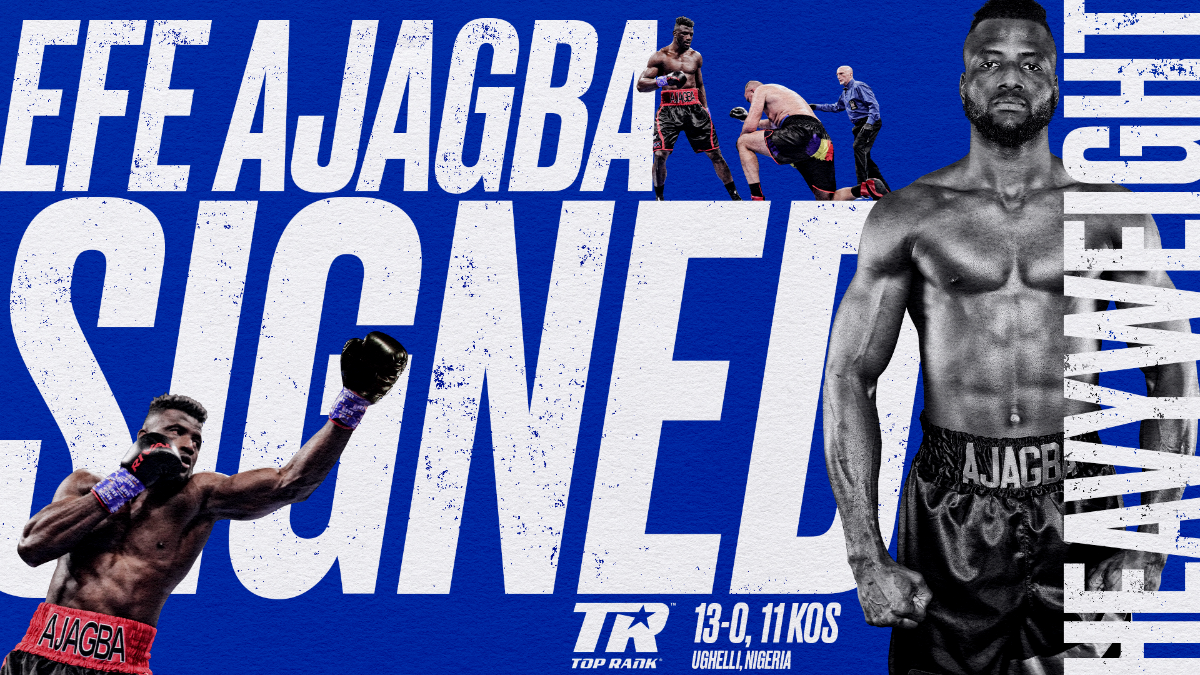 Ajagba, 26, the Nigerian-born former soccer player, turned pro in 2017 after a decorated amateur career that included a berth at the 2016 Rio Olympics. A three-year professional, he has risen the ranks of the young heavyweights and is already rated in the top 15 by two of the major governing organizations.

Ajagba will make his Top Rank on ESPN debut in 2020 on a to-be-determined bill. He has also enlisted the services of manager James Prince and head trainer Kay Koroma.

“I made this decision to become a better boxer and to advance my career. That’s why I signed with James Prince and Top Rank,” Ajagba said. “When I return to the ring soon, you will see a new Efe Ajagba. Kay Koroma and I are working on my head movement and defense, as I seek to become a more well-rounded fighter.”

“Efe Ajagba is one of the most gifted young heavyweights I’ve seen in quite some time,” said Top Rank chairman Bob Arum. “He has immense physical tools and a great work ethic. I have the utmost confidence that we’re looking at a future heavyweight champion.”

At 6-foot-6 and 240-plus pounds, Ajagba (13-0, 11 KOs) is one of the division’s most intimidating physical specimens, a natural puncher with six-first round knockouts on his ledger. He holds the record for the fastest victory in boxing history when, in August 2018, Curtis Harper walked out of the ring one second after the opening bell sounded. The disqualification win ended Ajagba’s string of knockouts, and he would score four more knockouts before being taken the distance for the first time in his career. Ajagba last fought March 7 in Brooklyn, knocking out former world title challenger Razvan Cojanu in nine rounds.