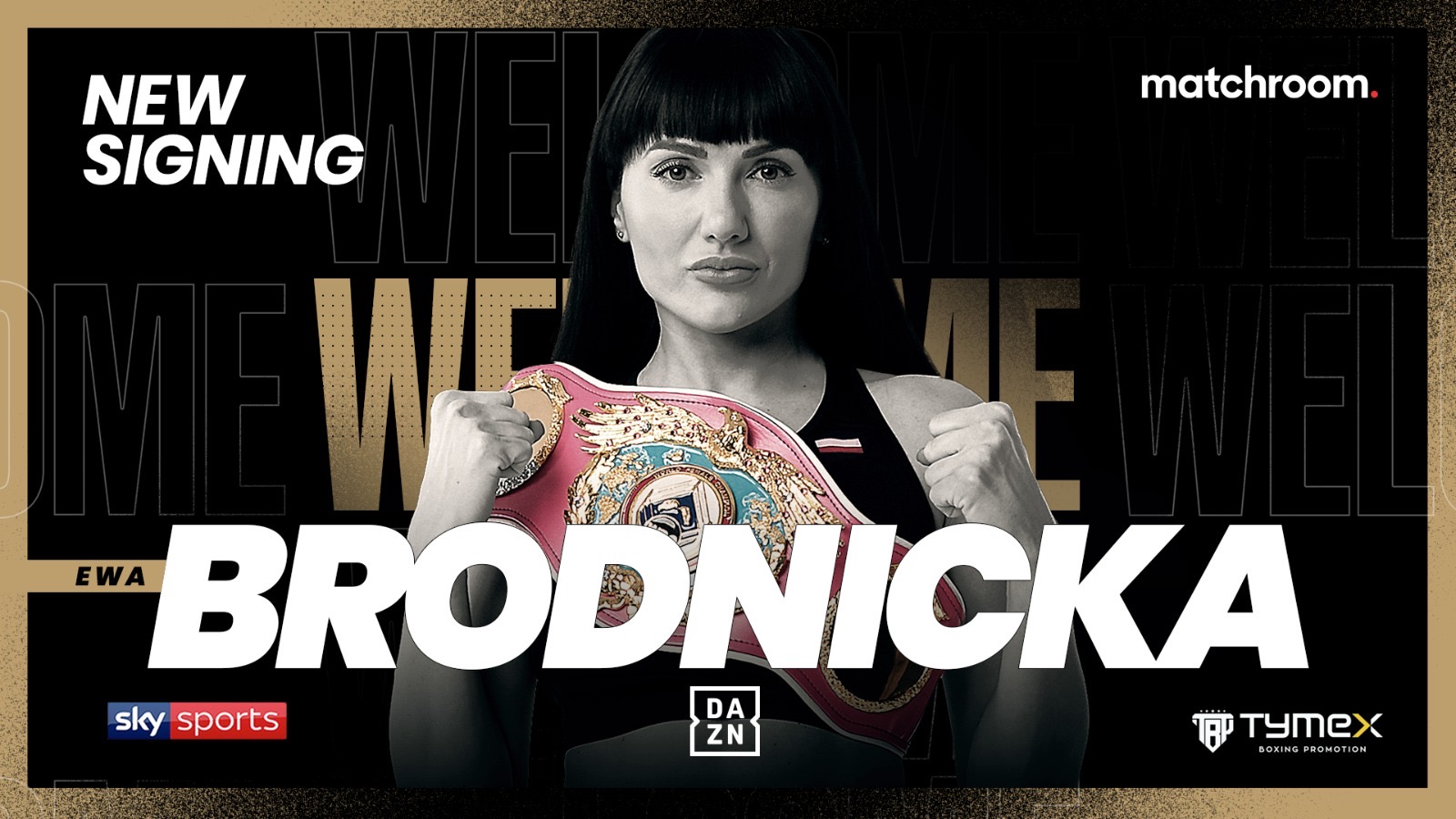 Undefeated WBO Super-Featherweight World Champion Ewa Brodnicka has signed a multi-fight promotional deal with Eddie Hearn’s Matchroom Boxing and has targeted a unification clash with the winner of Terri Harper vs. Natasha Jonas.

‘Kleo’ has made five successful defences of her title, all in Poland, most recently decisioning Belgium’s Djemilla Gontaruk in March, and the 36-year-old is determined to get her hands on Harper’s WBC and IBO belts.

“I’m delighted to team up with Eddie Hearn and Matchroom Boxing,” said Brodnicka. “Women’s boxing is on fire right now and I want to be in all the big fights starting with the unification match up between the winner of Harper and Jonas. I’m excited for the future and can’t wait for my return to the ring.”

“I’m delighted to welcome Ewa to the team” said Eddie Hearn.  “This sets up a huge unification fight between the winner of Terri Harper vs. Natasha Jonas at Fight Camp at a time where women’s boxing continues to go from strength to strength.”