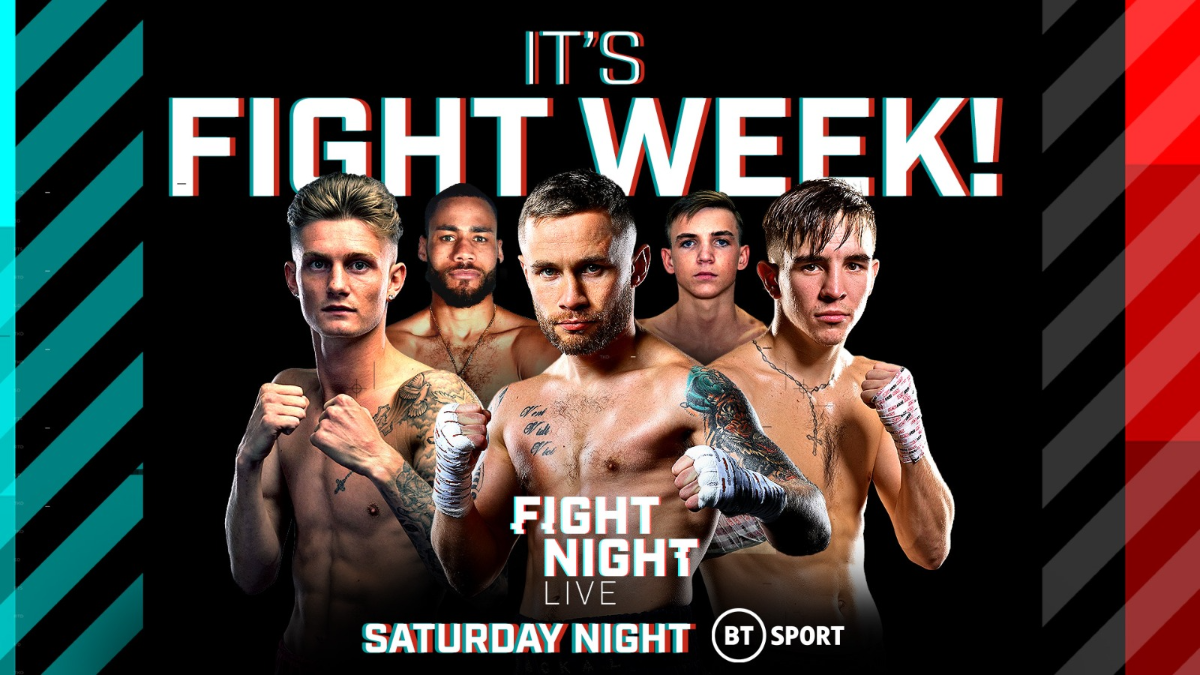 (August 10, 2020) — Carl “The Jackal” Frampton will fight Scottish veteran Darren “Trayn-Wreck” Traynor in a 10-round lightweight bout this Saturday, August 15. Frampton was supposed to face Vahram Vardanyan, but visa issues forced Vardanyan to pull out of the fight last week.

The Frampton-Traynor and Conlan-Takoucht bouts will be televised live in the United States on ESPN and ESPN Deportes beginning at 4 p.m. ET/1 p.m. PT. Undercard bouts, including the return of Top Rank and MTK Global welterweight prospect Paddy “Real Deal” Donovan (3-0, 2 KOs), will stream live on ESPN+ starting at 2 p.m. ET/11 a.m. PT.

“The show must go on, and Carl needed a fight after a pretty long layoff,” said Top Rank chairman Bob Arum. “His goal is to become Ireland’s first three-weight world champion, and after he’s victorious on Saturday, we will do everything we can to give him that opportunity.”

Said Frampton, “I’m delighted to get an opponent over the line. I have to credit MTK Global for seeing there could have been issues with the original opponent getting into the country, and they have been paying Darren Traynor for a number of weeks to train.

“He’ll be in decent shape and will be up for it as well. There is no pressure on him, but it is up to me to look good. I want to be taking this guy out and then moving on to think about Jamel Herring.

“I can’t be complacent in the slightest. I know I’m the big favorite in the fight, but I want to win and want to look good, and I want to win by knockout.

“I feel like he’s a better opponent as he’s fought at a higher level than Vardanyan, and he’s coming in at lightweight. I haven’t made my debut at junior lightweight yet and I’m already jumping in at lightweight, so that’s obviously a little bit in his favor, but I’m looking forward to not having to struggle at all in fight week and then putting on an explosive show.”

“Carl is gunning for a third world title at a third different weight and cannot afford any mishaps on Saturday night,” said Frank Warren, who co-promotes Frampton. “Darren Traynor is ready to step in and fully prepared to give Carl the competitive fight he needs before heading into a WBO world championship battle against Jamel Herring, hopefully, later this year.”

“Unfortunately, Vahram had visa issues, which was something that we had envisioned as a possible scenario. We reached out to Darren Traynor and his team to be ready in case this situation had come out this way,” said MTK Global Vice President Jamie Conlan.

Traynor (16-3, 7 KOs), from Aberdeen, Scotland, is a nine-year pro and former two-weight Scottish champion who once challenged for the British super featherweight title. He had been training as a potential fill-in opponent, so when the call came to fight a Frampton, he did not hesitate. He’s split his last four bouts, most recently winning a decision over veteran Des Newton at lightweight.