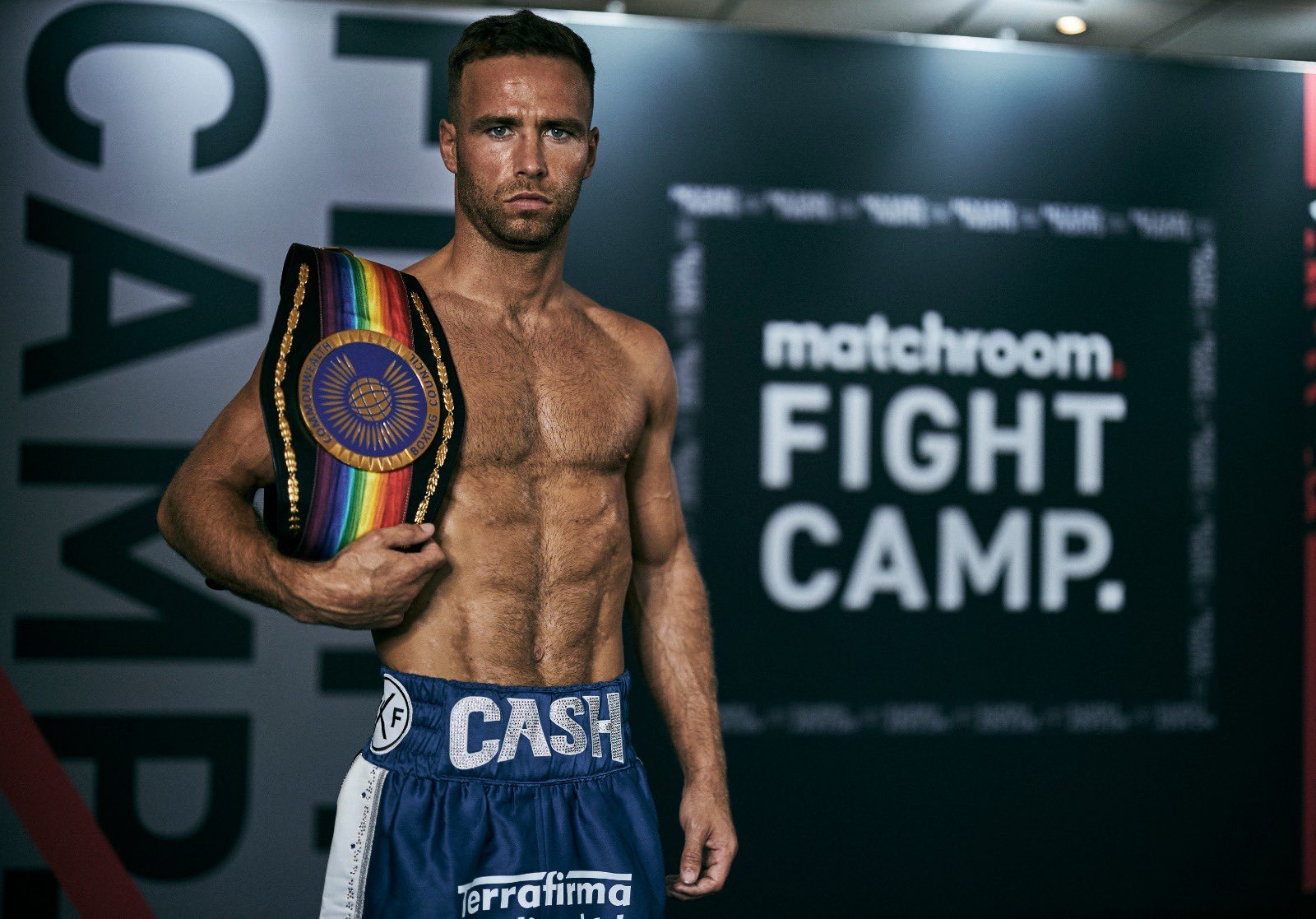 Felix Cash says he will ‘deal with’ Jason Welborn in style this Friday August 14 at Matchroom Fight Camp in Brentwood, Essex, before turning his attention to a shot at the Lord Lonsdale Challenge Belt.

Cash (12-0, 8 KOs) puts his Commonwealth Middleweight Title up for grabs against former World Title challenger Welborn, live on Sky Sports in the UK and DAZN in the US, following his thrilling toe-to-toe battle with Jack Cullen last time out at Manchester Arena in November.

Wokingham’s Cash, trained by Tony Sims in Essex, forced an eighth round stoppage to settle an explosive Fight of the Year contender with Cullen on the undercard of Katie Taylor’s WBO Super-Lightweight World Title triumph over Greece’s Christina Linardatou.

The 27-year-old is promising more fireworks this weekend as he takes centre stage at the top of a bill for the very first time in his career, looking to make a big statement against Birmingham’s former British Middleweight Champion Welborn.

“Every time he goes up against a top operator he comes up short, and I believe I’m a top operator,” said Cash. “He might make it tough for a few rounds but I’ll get him in the end. I’m zoned in, ready to do some damage and retain my Commonwealth Title. He’s been in with top names, so I’ll have a look at him during the first couple of rounds and then go to work on him.

“He may have the experience over me but I’ve got the skill. He’s going to need to be the very best he can be. He’s going to have to raise his game, and I hope he does. He’s a tough, strong and game lad. He’s been around for a while and fought for World Titles. I’m here to take on all challengers and take them all out. It will be a good fight while it lasts.

“I’m headlining for the first time and hopefully it won’t be the last. It’s a great platform for me to be on and a great show for me to put on a top performance and a clinical display. This will really raise my profile and get my name out there for more big fights in the Middleweight division.

“I’ve got to deal with Welborn first but I want a shot at the Lord Lonsdale Belt next. It’s a lovely belt, it’s one of the greatest domestic belts you can own. I’d love to fight for that next and win it. I’ll fight anyone out there in Britain for it, and then anyone out there in the world for more titles after.”