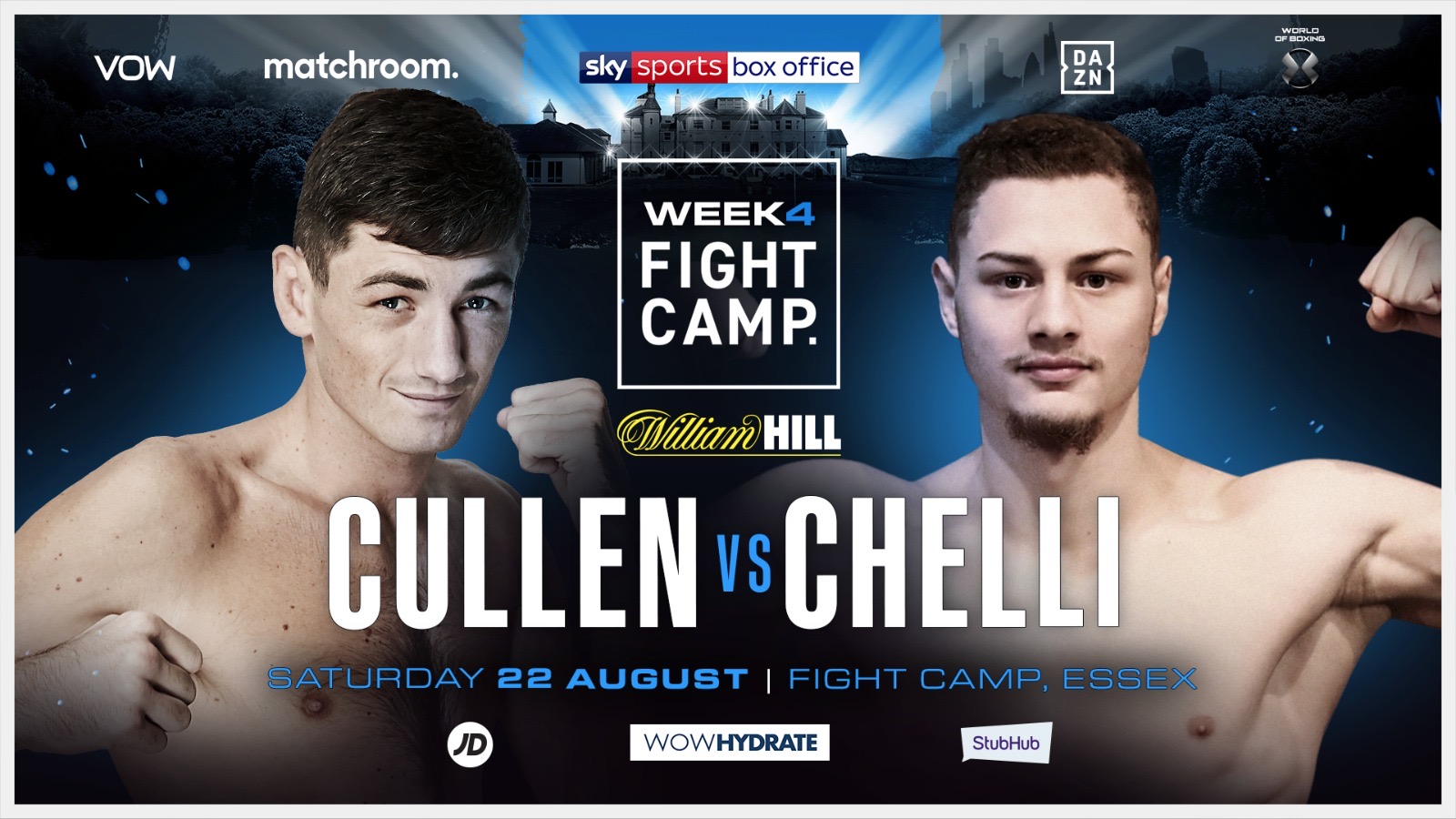 Jack Cullen and Zak Chelli will meet over ten rounds in a Super-Middleweight contest on the undercard of Dillian Whyte’s defence of his Interim WBC Heavyweight World Title against Alexander Povetkin at Matchroom Fight Camp in Brentwood, Essex, on Saturday August 22.

Both men will be looking to impress on the big stage and kick on in a red-hot 168lbs domestic scene that contains the likes of British and Commonwealth Champion Lerrone Richards, No.2 rated WBO contender Zach Parker and heavy-handed Scot John Docherty.