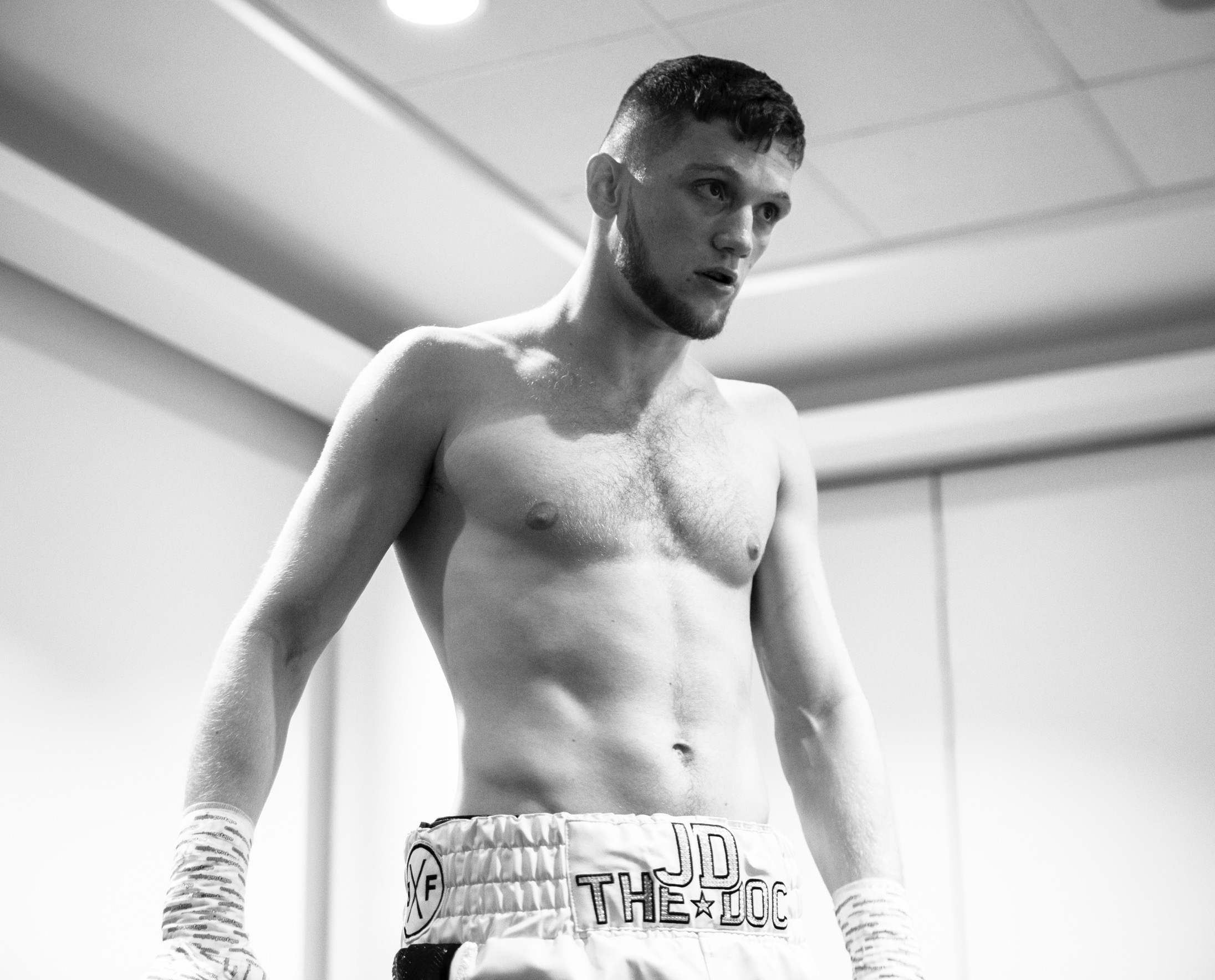 DOCHERTY: I’VE GOT TO WIN THIS FIGHT IN STYLE!
‘The Doc’ eyes Fox KO

John Docherty says he needs to beat Anthony Fox “in style” when they clash over eight rounds in a Super-Middleweight affair at Matchroom Fight Camp this Friday August 14, live on Sky Sports in the UK and DAZN in the US.

The heavy-handed Scot has a habit of ending proceedings early, with six of his eight wins to date coming by way of knockout, but the fast rising Tony Sims-trained talent has his work cut out this weekend against the tough and game Fox, who is currently enjoying an impressive three-fight winning streak.

Fox’s red-hot run of form began with a win over former Commonwealth Super-Middleweight Champion Luke Blackledge back in October 2018, a win over Welsh Area Champion Morgan Jones followed in March 2019 before the Westbury man inflicted a first career defeat on Duane Sinclair in June 2019.

Docherty was taken the distance for the first time by Middleton journeyman Darryl Sharp in August 2019 and saw the final bell again against Lewis van Poetsch in October, but ‘The Doc’ has no intention of completing the full eight rounds against Fox as he looks towards a first Title shot in his next fight.

“I’ve taken Anthony Fox seriously. He’s like a British Champion to me. I’ve left everything in the gym. I know I’ve done everything right in this camp. Tony has been there pushing me on the whole way through. You’ll see on the night. I’ll be a completely different fighter. I’ll put on a top performance.

“I would love to make a statement with a knockout. He’s on a good run of form and we all know how tough he is. He can box a bit too. If he comes to fight me I think I’ll knock him out very quickly. If he comes to box then he’ll survive for a bit and he might make it through a few rounds.”