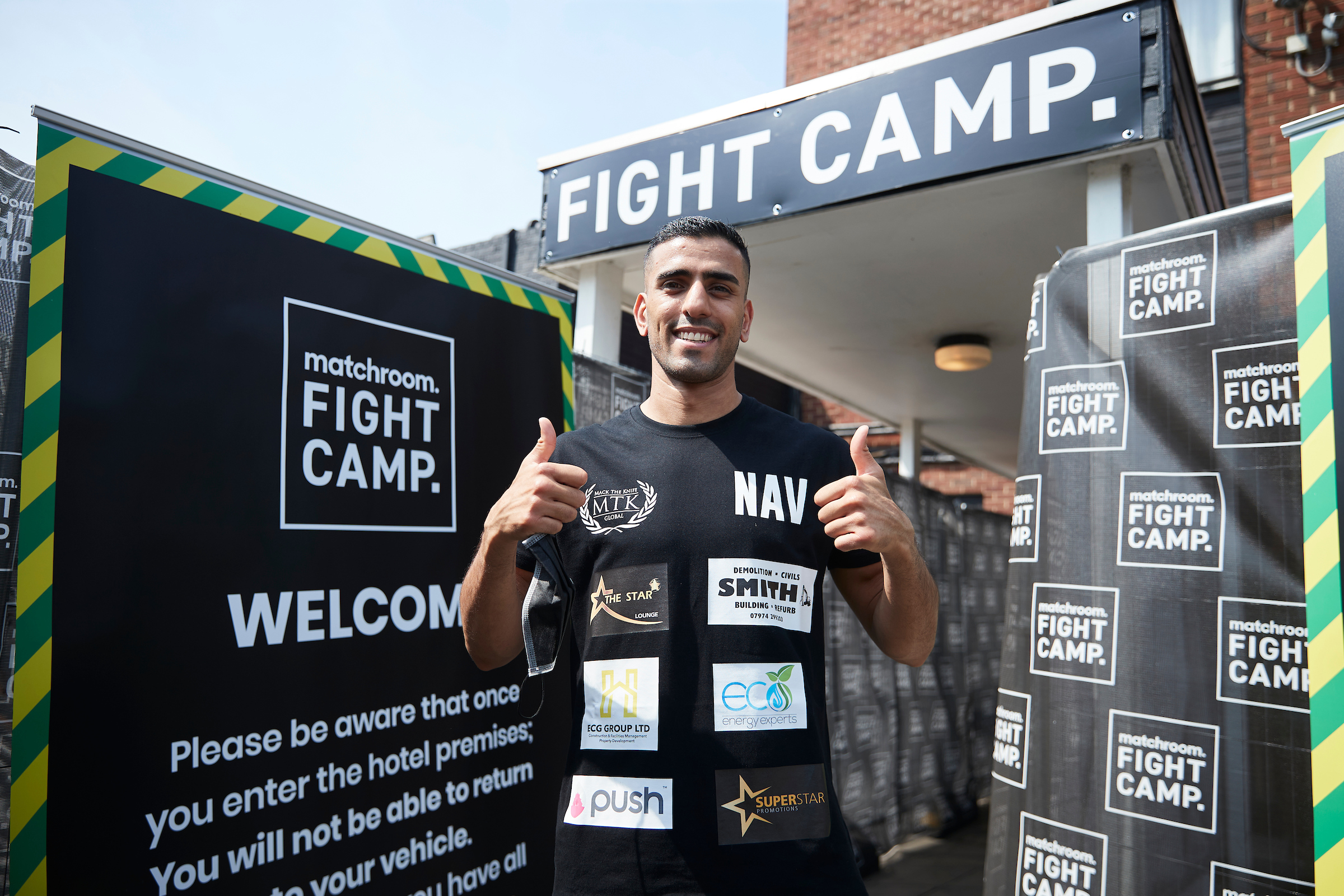 Navid Mansouri believes his ring craft will be too much for Kieron Conway when they meet over ten rounds for the vacant WBA Intercontinental Super-Welterweight Title at Matchroom Fight Camp in Brentwood, Essex, on Friday August 14, live on Sky Sports in the UK and DAZN in the US.

Former English Champion Mansouri (20-3-2, 6 KOs) hasn’t fought in the UK since July 2017 when he decisioned Jordan Grannum over six rounds, his first fight in over two years after an Achilles injury ruled him out of his scheduled British and Commonwealth Title fight with Welshman Liam Williams.

Rotherham’s Mansouri made the decision to base himself out of Marbella, Spain, where he began to rebuild his career with three wins in 2018. ‘Nav’ lost out in a close decision for the IBF Intercontinental Title to Jorge Fortea in February 2019 before travelling out to Rotterdam to face Stephen Danyo for the WBA Continental belt, where he fell short again.

Despite his losses, 31-year-old Mansouri is convinced he will have too much in the tank for Northampton’s rising star ‘Too Class’ Conway on his big return to UK soil. Since making his pro debut in 2017, Conway has boxed 87 rounds in 16 bouts, compared to Mansouri’s 143 rounds in 25 bouts.

“I think they’re overlooking me,” said Mansouri. “They think Nav is done, but this fight just brought me back to life. I need this win. I’m desperate to get this win. It puts that little bit extra fire into it. I’m confident. I’m well-schooled and experienced in this game now. We never stop learning. I think I’ll have too much experience for Conway when it comes down to it.

“We shared some rounds a few years ago in Marbella but I can’t take anything from that. I can’t remember too much from the spar. It was a long time ago and he’s come on loads, and I’ve come on loads since then too. I was injured back then as well. He’s a really nice kid but this is business and it’s my chance to shine again in the UK.

“We kind of box in similar ways. We’ll set traps for each other and it will be an intelligent fight. That’s the way I see it going. It’s all about the timing and speed, and the work rate we’re going to put into it. He’s tough and slick, it will be a great fight to watch. I haven’t boxed in the UK for a few years, now is the time to make a statement.”