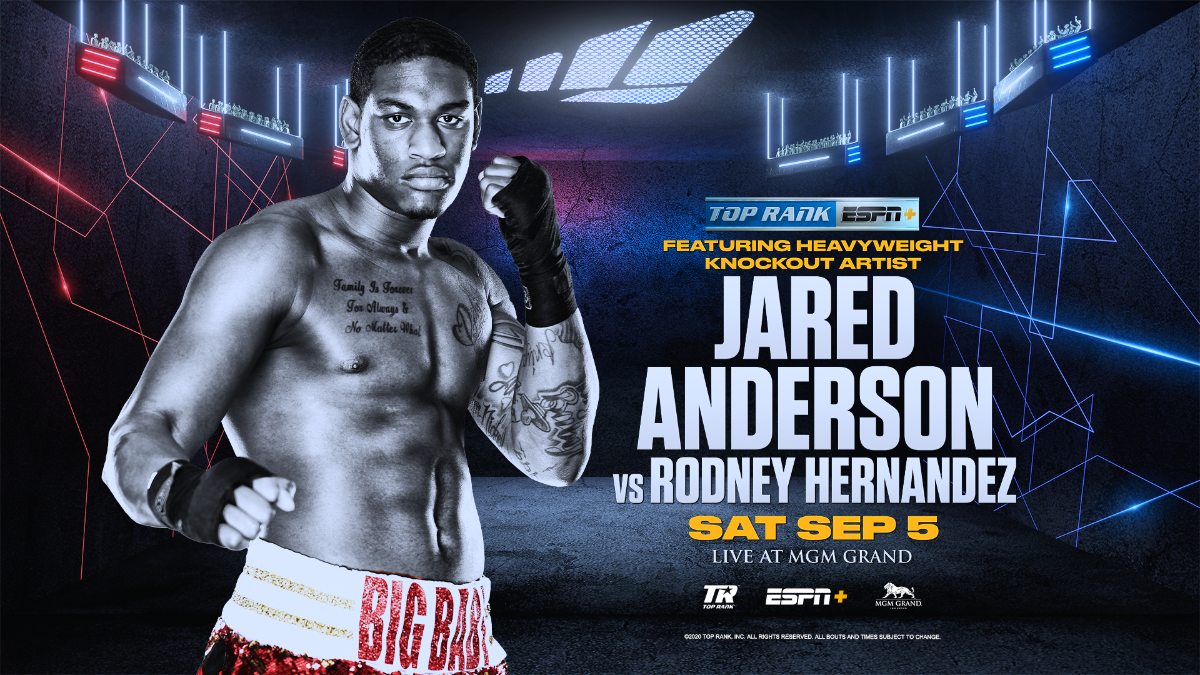 Anderson will take on nine-year pro and noted spoiler Rodney Hernandez in a bout scheduled for eight or six rounds on the undercard of an action-packed doubleheader featuring Jamel Herring’s WBO junior lightweight world title defense against Jonathan Oquendo and unbeaten super middleweight Steven Nelson against DeAndre Ware in a 10-rounder.

Anderson said, “I’ve made my home in the ‘Bubble’ this summer, and I’ve enjoyed coming to Las Vegas and putting on a heavyweight show for the fans. I don’t know too much about Rodney Hernandez, but I know he’s been in there with a lot of top guys and usually goes rounds.

“I can’t wait for this one. Top Rank keeps lining these guys up, and I’m knocking them out.”

The 20-year-old Anderson (5-0, 5 KOs) has opened eyes with four first-round knockouts in five outings since making his professional debut last October. He spent the early part of 2020 in camp with Tyson Fury as the lineal heavyweight champion readied to battle Deontay Wilder. When boxing returned, Anderson knocked out Johnnie Langston in three rounds in June and stopped Hector Perez in one round the following month. Hernandez (13-9-2, 4 KOs) has four wins over previously undefeated prospects, including a first-round stoppage over Onoriode Ehwarieme, who was 17-0 at the time.