Headbutts in The Bubble: Herring Retains World Title Via Disqualification 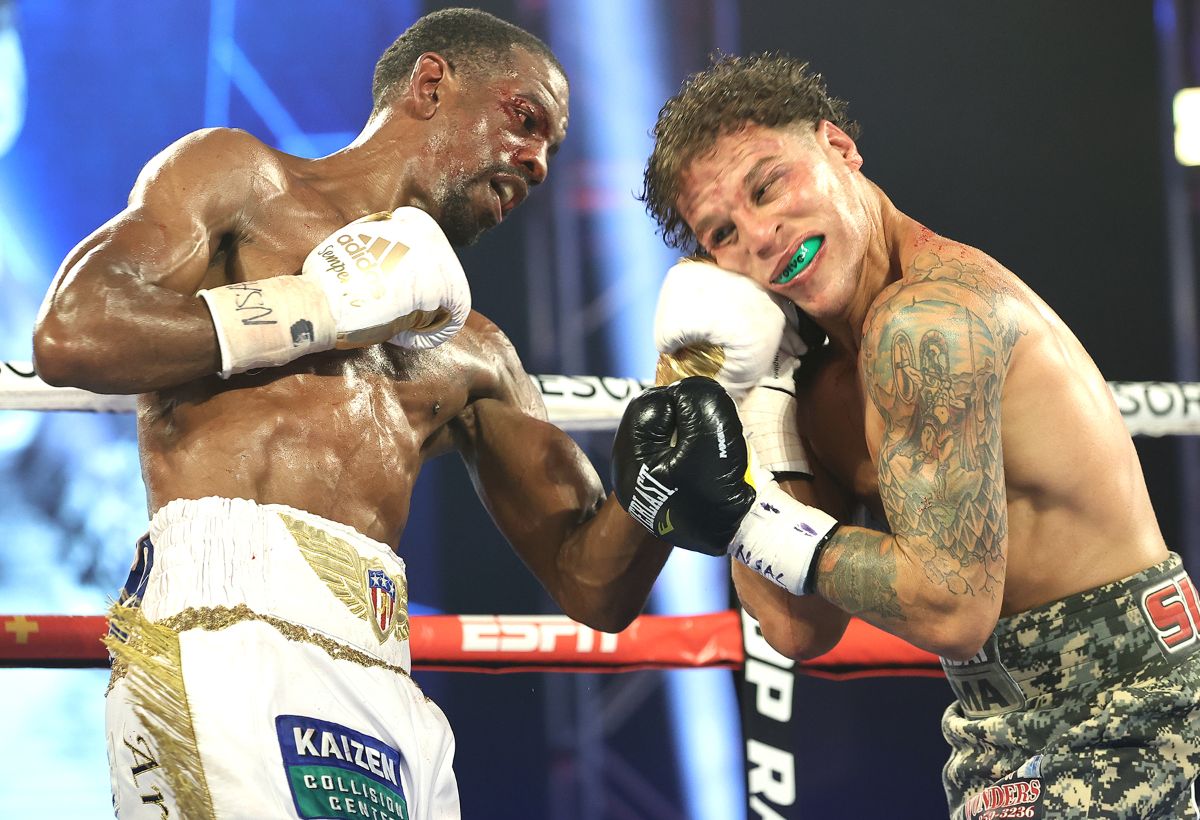 Referee Tony Weeks stopped the fight at the conclusion of the round due to repeated intentional headbutts, which left Herring unable to continue.

Herring (22-2, 10 KOs) knocked down Oquendo (31-7, 19 KOs) in the second round, and then the headbutts began. He opened up a nasty gash above Herring’s right eye and was deducted a point in the fifth round.

The headbutts continued and ultimately spelled the end of evening for Oquendo. At the time of the disqualification, Herring was in control on the scorecards (80-70 2x and 79-71).

Herring said, “It just got ugly. I wasn’t too satisfied with my performance, to be honest with you. In the beginning, everything was going real smooth, me boxing. I put him down with an uppercut. We knew he was going to come head-first. We had to time it. In the end, I wasn’t happy with how I was looking. I’m disappointed with the outcome. I’ve never been in that situation.

So Good, So Cold

It wasn’t all smooth sailing for Nelson, who suffered a pair of headbutt-induced cuts. The blood, however, served as fuel for the knockout to come.

Nelson said, “When that second cut came, I was like, I know how fighters are when they see an injury. So I said, ‘You know what, I have to get to work. My plan was to go out there and feel him out, don’t rush it too much. That’s why the first couple of rounds, I wasn’t doing too much, and then I picked it up. The headbutt was the perfect time for me to pick it up.

“I feel like I’m ready for a title eliminator and then let’s go for the title. That was my whole plan, to set myself up where they can’t deny me a world title.”

—Watch out for light flyweight Jesse “Bam” Rodriguez. The San Antonio native knocked out the normally durable Janiel Rivera (18-7-3, 11 KOs) in the opening round, the first time Rivera had been knocked out since 2014. Rodriguez is trained by Robert Garcia, and his brother, Joshua Franco, recently won a super flyweight world title inside the “Bubble.”

Rodriguez said, “I felt amazing. I told Robert in the locker room, ‘This is the best I’ve ever felt.’ I think I showed that today.

“To have a brother as a champion is really motivating to me. In camp, I was thinking that my brother became a champ, and I can do the same. There were times in camp I didn’t feel like working out or running, but I thought about my brother, and he motivated me. Just the thought of him being a world champ brought out the best of me in camp.”

— Six opponents, six knockouts. Heavyweight sensation Jared “The Real Big Baby” Anderson (6-0, 6 KOs) knocked out veteran Rodney Hernandez (13-10-2, 4 KOs) in four rounds, the first time Anderson has been pushed past the third round. Anderson, from Toledo, Ohio, has won three fights inside the “Bubble” since June.

Anderson said, “We’re ready for everybody. We’re building up. Bob {Arum} is moving me perfectly. It was about getting those rounds in and showing I can really box. I’m not just a puncher. I know how to box, and I know how to stay on my back foot.

“I’m listening to the commentators more, getting a lot of learning experiences. It’s helping a lot {with me} taking my time and slowing down.”

—Welterweight Benjamin Whitaker (14-4, 3 KOs) upset the previously undefeated D’Andre Smith (8-1, 5 KOs) via six-round unanimous decision by scores of 60-54 2x and 59-55. Whitaker previously fought in the “Bubble” on June 25, when he dropped a majority decision to Vlad Panin.

— Edward Vazquez (8-0, 1 KO) survived the stiffest test of his career, outlasting Adan Ochoa (11-2, 4 KOs) via unanimous decision (58-55 2x and 57-56) in a six-rounder at featherweight. Ochoa knocked down Vazquez in the second round, but Vazquez won the last four rounds on two of the judges’ cards to pull away.

— In a competitive four-round featherweight tilt, Philadelphia-born prospect Rashiem Jefferson improved to 2-0 with a unanimous decision over Jose Martinez (2-2, 1 KO) by scores of 40-36 2x and 39-37.