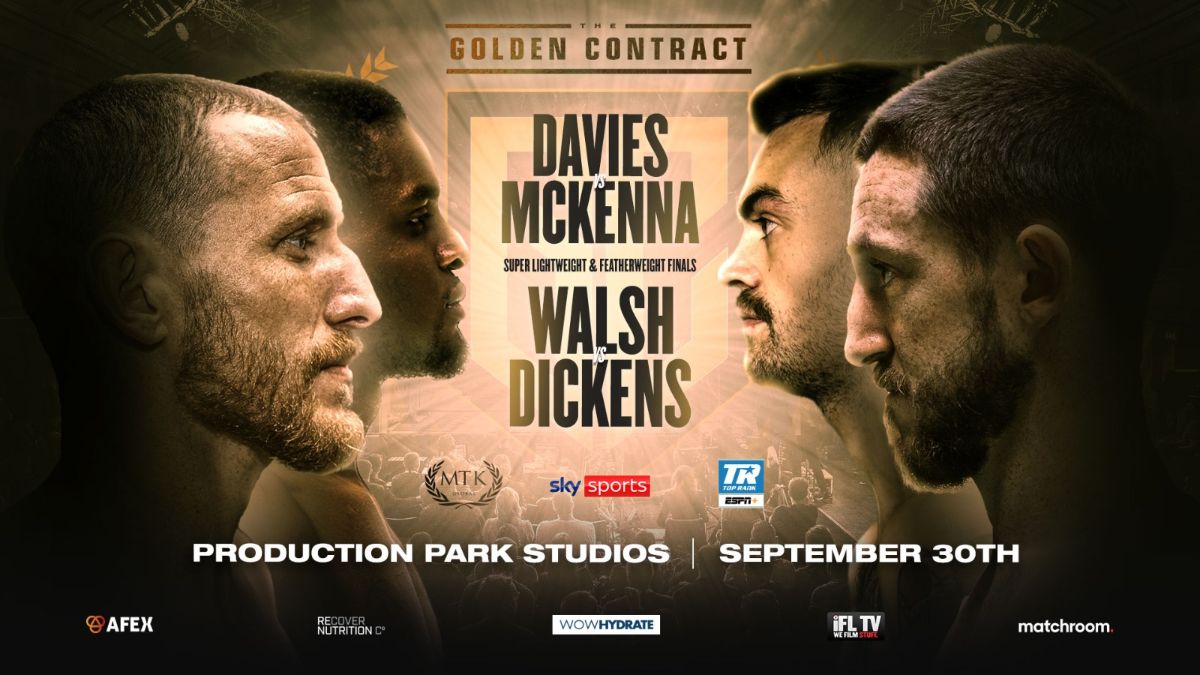 Here’s what’s in store when the championship combatants fight behind closed doors.

Walsh has run roughshod through the featherweight bracket, toppling Hairon Socarras by ninth-round stoppage and knocking down Tyrone McCullagh twice en route to a decision victory. A former British champion, Walsh has not tasted defeat since October 2016. Dickens has won seven in a row since back-to-back losses and won a majority decision over Leigh Wood in their semifinal bout.

Davies entered the tournament coming off a controversial decision over former world champion Miguel Vazquez, but the former English champion has appeared revitalized. He knocked out Logan Yoon in seven rounds in his quarterfinal match and stopped Jeff Ofori in six rounds to advance to the championship. McKenna, from Belfast, bested French contender Mohamed Mimoune in the semifinals via decision.

In other action on ESPN+: