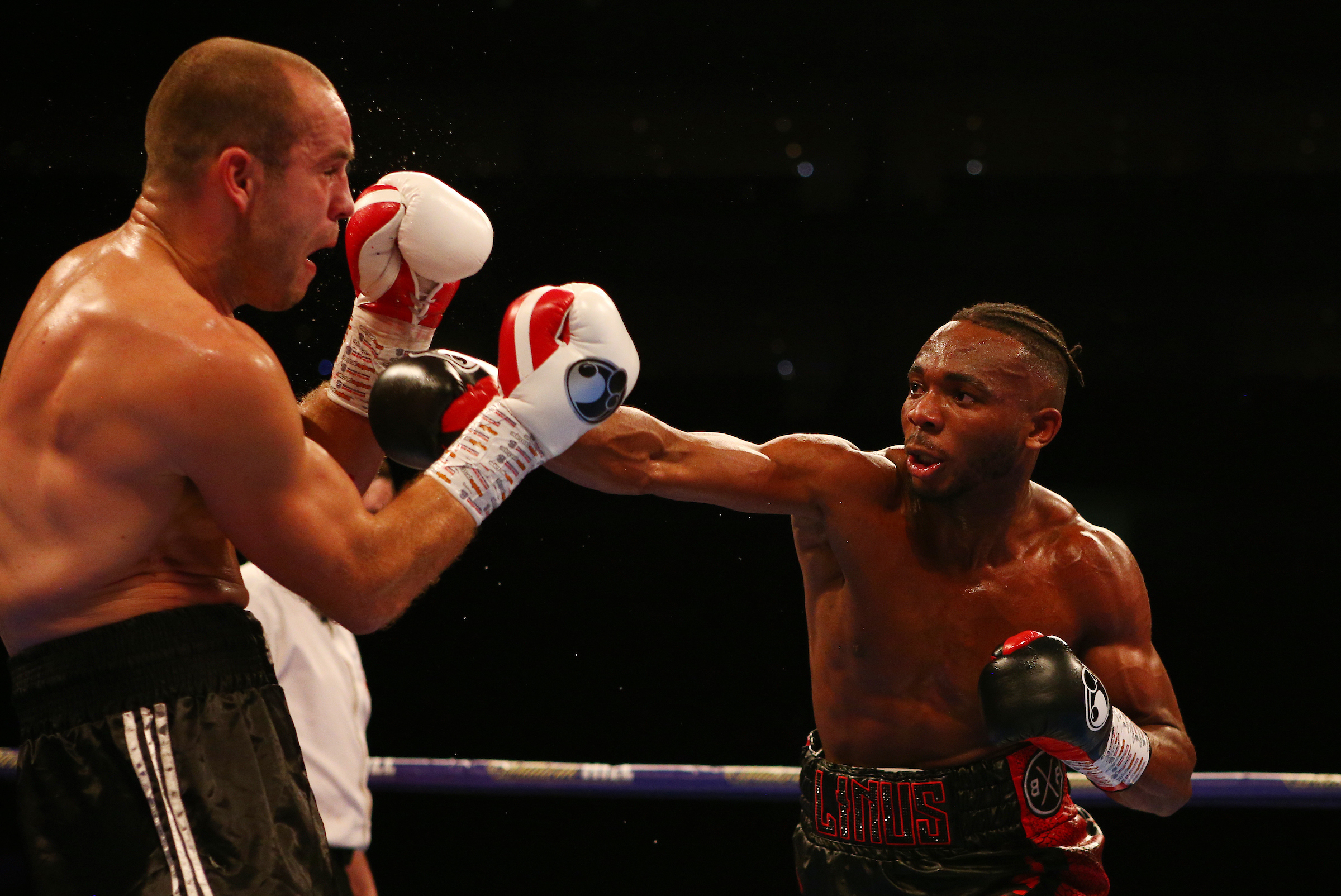 UDOFIA: ALL OF THE PRESSURE IS ON HARDING JR
English Champion vows to show levels against ‘Pester Superstar’

Linus Udofia insists that all of the pressure is on John Harding Jr ahead of their ten round battle for the English Middleweight crown on the Buatsi vs. Calic undercard this Sunday October 4, shown live on Sky Sports in the UK and DAZN in the US.

Luton’s Udofia (15-0, 7 KOs) won the English Title, his first major belt, with a majority decision against Tyler Denny at York Hall in November last year, and the 27-year-old is in a supremely confident mood ahead of what will be his first defence against Brixton’s Harding Jr.

Undefeated in 15 fights, the Steve Goodwin-managed talent, trained by Terry Steward at the J.E.T Boxing and Fitness Centre in Epping, believes his class will show against the Dillian Whyte-backed 36-year-old, who fell short in an attempt for the English Title against Jack Cullen back in August 2019.

“This is a fight where I get to showcase how good I am and why I’m a champion at this weight,” said Udofia. “I’ll show what level I’m at and then move on to bigger and better things. Right now, I’ve got to defend this Title first, and this is a massive opportunity for me. You can’t get a bigger platform than this and I’m going to grab it with both hands.

“I understand that everyone has got to hype themselves up in a certain way. It’s always good to see ‘Pester Superstar’ pop up and say something crazy. I look at it, have a laugh with my mates and get back to focusing on me. It’s good to see that he’s watching me all of the time.

“We had a couple of spars; he was with Leon McKenzie and I don’t really even remember what happened. He can have 2-0 in sparring if he wants, I’ll take the win in the actual fight. He can have sparring, I don’t care. By beating him I just want to show that he’s not on the same level as me. I’m a champion and he isn’t. I want to show that and move on from there.”

Udofia vs. Harding Jr is part of a big night of action that sees Croydon’s rising Light-Heavyweight star Joshua Buatsi (12-0, 10 KOs) defend his WBA International Title against undefeated Croat Marko Calic (11-0, 6 KOs), Chantelle Cameron (12-0, 7 KOs) lands a World Title shot in her very first bout as a Matchroom fighter as she takes on Brazil’s Adriana Dos Santos Araujo (6-0, 1 KO) for the vacant WBC Super-Lightweight crown, ‘The Savage’ Alen Babic (4-0, 4 KOs) returns to the UK looking to impress again as he locks horns with Irishman Niall Kennedy (13-1-1, 8 KOs) in an eight round Heavyweight contest,  Aqib Fiaz (5-0) and Kane Baker (13-6) look to settle the score after their Fight Camp disappointment and recent Matchroom signing John Hedges make his pro debut at Super-Middleweight.