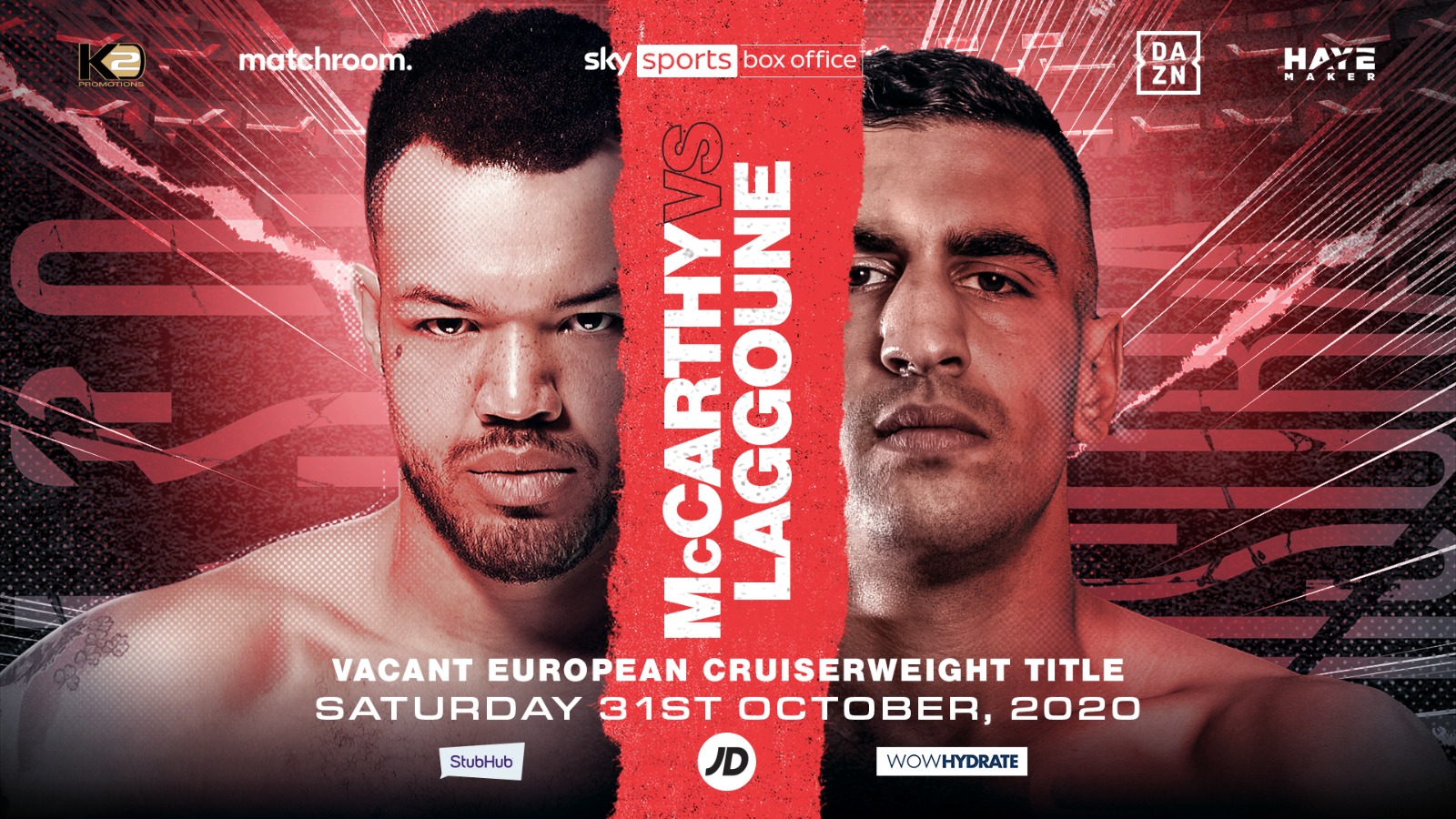 McCarthy lands European Title chance
Cruiserweight clash added to Oct 31
Belfast Cruiserweight Tommy McCarthy will contest the vacant European Title against Belgium’s Bilal Laggoune on Saturday 31st  October as part of the Usyk vs Chisora undercard, live on Sky Sports Box Office and DAZN.
McCarthy (16-2, 8 KOs) edged past Fabio Turchi last October to put himself back into title contention whilst Laggoune (25-1-2, 14 KOs) has won five on the bounce since suffering his sole career defeat in February 2017.
Victory in Trento last time out catapulted ‘Mac Attack’ into the WBC’s top 15 World rankings. Opportunity now knocks to land the European Title after Lawrence Okolie relinquished the belt.
“I can’t wait to fight,” revealed McCarthy. “This is a brilliant opportunity and huge platform on a Sky Sports Box Office show.
“Winning this European Title leads to a World Title shot and that’s what I’m chasing down.”
Mark Dunlop, manager to McCarthy said: “This is a massive night in Tommy’s career. We know it’s going to be a tough fight against Bilal but I have 100% belief that my man will get his hand raised on the night with a nice, new shiny belt over his shoulder and move one step closer to a World Title shot.”
Promoter Eddie Hearn added: “After a great win in Italy this is a huge chance for Tommy to become European Champion. It’s such an exciting time for the domestic Cruiserweight division and victory against the tough Laggoune will give the opportunity for some huge fights on both domestic and World level.”
McCarthy vs Laggoune joins Selby vs Kambosos Jr on the undercard to Usyk vs Chisora with further announcements due shortly.