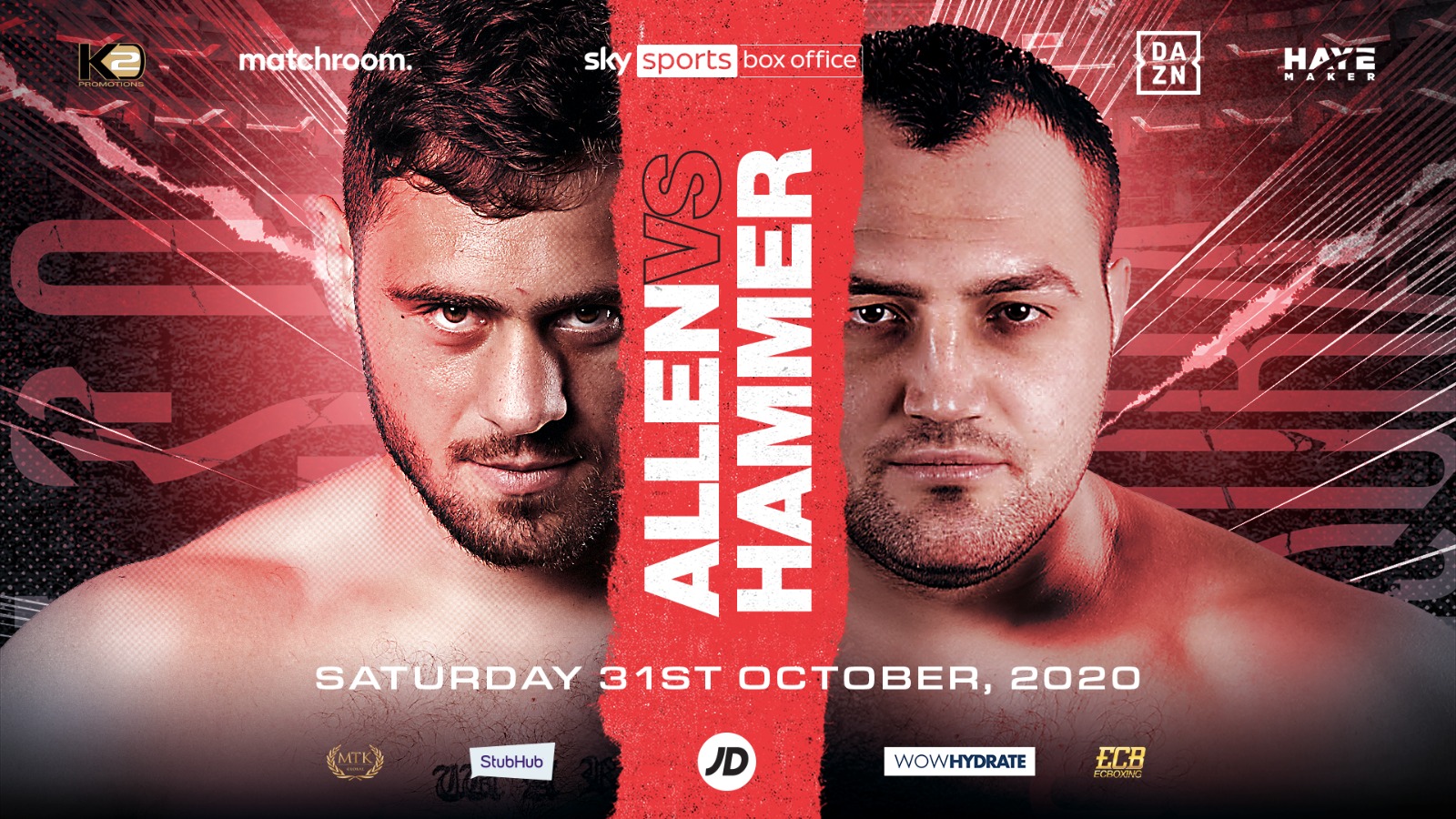 The 28 year old Conisbrough Heavyweight scored an early KO over Dorian Darch on his first outing of the year back in February, which followed a topsy-turvy 2019 with victory over Lucas Browne but defeat to David Price.

“I’m really happy to fight Christian Hammer,” said Allen. “He’s highly ranked and is a tough, strong man. A win here puts me back to fringe World level. He’s got a win over David Price so that would half put my defeat to bed.”

‘The White Rhino’ has been sparring Oleksandr Usyk in Kiev for the past two weeks and believes the experience will stand in him good stead as he links back up with trainer Jamie Moore for their first fight together.

“Sparring Usyk has taken me to another level. He’s one of the best pound-for-pound fighters on the planet. I’ve picked up so much from him and it’s given me the confidence that I will need to get through ten rounds with Hammer.”

“I am very much looking forward to this fight, I love to box in the UK. I fondly remember the victory over David Price,” said Hammer. “That is exactly where I will continue against Allen. Once I beat Allen the big fights will come my way. I appreciate this opportunity and I will not be defeated.”

Promoter Eddie Hearn added: “This is a great fight for Dave, and absolute sink or swim time. Hammer has shown the highest of levels consistently and both fighters are looking at this opportunity as springboard to major fights. I honestly don’t know what’s going to happen or who is going to win, there’s only one way to find out!”

Allen vs Hammer joins Selby vs Kambosos Jr, McCarthy vs Laggoune and Timlin vs Skelly on the huge Usyk vs Chisora card, Saturday 31st October 2020.