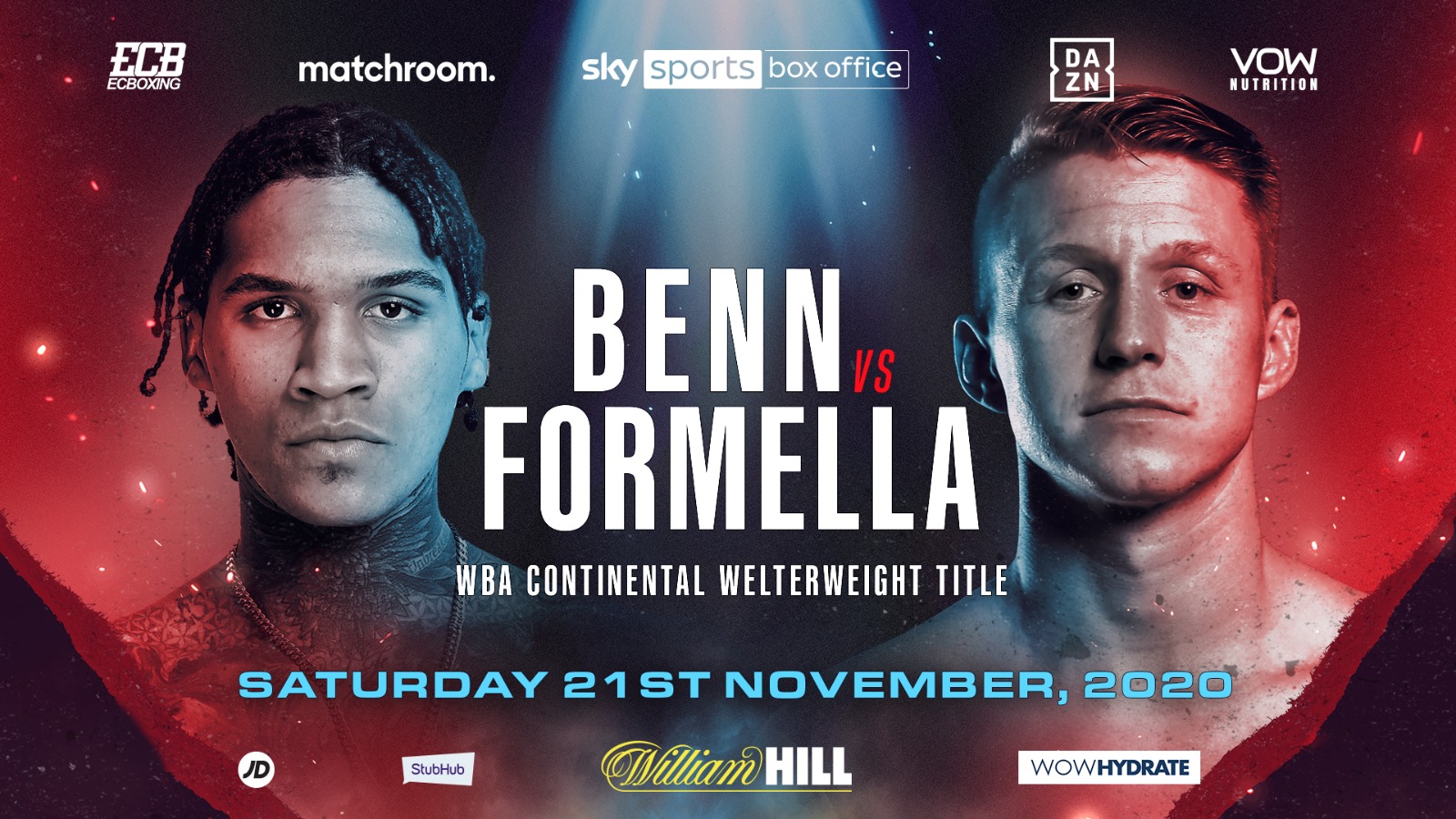 BENN STEPS UP AGAINST FORMELLA

Conor Benn faces the toughest test of his career on Saturday November 21 when he clashes with former former IBO Welterweight World Champion Sebastian Formella on the blockbuster Alexander Povetkin vs. Dillian Whyte 2 undercard, shown live on Sky Sports Box Office in the UK.

Benn (16-0, 11 KOs) scored two big knockout wins in 2019, firstly obliterating Jussi Koivula with a brutal second-round stoppage in his first headline fight at York Hall in June, and then explosively knocking out Steve Jamoye in four rounds at The O2 in October.

“Formella is a world level operator,” said Benn. “His only loss came against two-time World Champion Shawn Porter. I know a win here will make a huge statement on the world scene. I feel the critics have a lot of unanswered questions and now I have the opportunity to answer them in a globally recognised fight.

“From the outside this may look like a big step up but I have prepared extremely hard behind closed doors, working on my craft and climbing the ranks for a fight like this! It’s now time to carry the Benn name back to where it belongs and this will be another step closer to the top. Make no mistake, I’m going into this fight to destroy Formella, I want to win in true Benn style.”

“Conor is a strong undefeated man who likes to box at home,” said Formella. “This will not be an easy fight. But it makes me very proud to fight in the UK this year after my debut in the USA. Of course a fight with spectators would have been even better, but to box in the UK at all is great.

“I am looking forward to this challenge. We will have a good tactic to leave the ring as the winner. We will use the short time optimally.“

Promoter Eddie Hearn added: “This is a huge fight for Conor and a monumental step up. We saw Formella tough it out with Shawn Porter a few months ago and he didn’t stop trying for 12 rounds and showed a great chin and a lot of heart.

“I have to give Conor a lot of credit, although he has been inactive, he hasn’t left the gym and feels that after all he has learned, now is the time to take that big leap. This is the fight that can make him a genuine World level contender – it’s sink or swim time November 21!