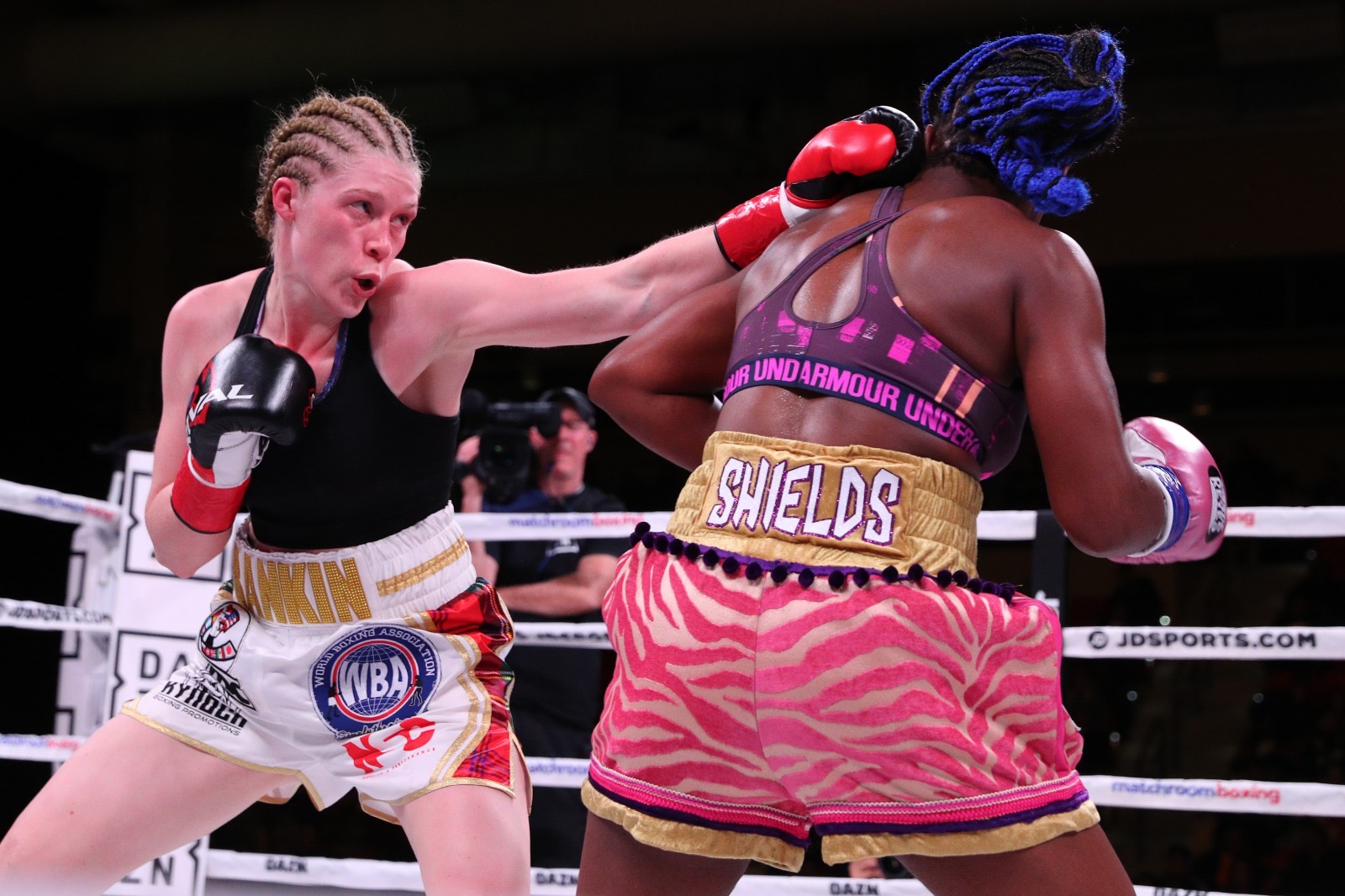 RANKIN: MARSHALL IS IN FOR A HUGE SHOCK IF SHE’S OVERLOOKING ME
Glaswegian motivated for England vs. Scotland clash

Hannah Rankin has warned Savannah Marshall that she is in for a rude awakening if she is overlooking their WBO Middleweight World Title clash with one eye on a future showdown with her old amateur foe Claressa Shields.

Hartlepool’s Marshall (8-0, 6 KOs) remains the only fighter to have inflicted a ring defeat on three-division World Champion Shields. ‘The Silent Assassin’ outpointed America’s ‘T-Rex’ in China en route to cementing herself as Britain’s first ever female amateur World Champion in 2012.

Talk of a ‘rematch’ between the rivals has been building ever since Marshall signed promotional terms with Eddie Hearn’s Matchroom Boxing in August last year, but Rankin – who lost to Shields in 2018 – is planning on ripping up the script by taking the WBO crown back to Glasgow with her.

“All we ever hear about is that fight,” said Rankin. “The amateur circuit is nothing like the professional ranks. Claressa has gone on to do amazing things. She’s one of the best female fighters we are going to see in this generation. To just talk about an amateur win over her is nothing as far as I’m concerned.

“If she’s concentrating on that fight and she’s looking past me then she’s in for a huge shock. She’s not getting past me on October 17th. That World Title is coming home with me and I don’t know where she’s going to go from there.”

Rankin (9-4, 2 KOs), a former IBO Super-Welterweight World Champion, has the edge in experience over Marshall in the pro ranks, and the 30-year-old believes her World Championship pedigree will be the difference when they clash in Peterborough this Saturday.

“I’m not going to try something new,” added Rankin. “I’ve been there before and I know how my body is going to feel. I know how I react at championship distance as a Middleweight fighter. It’s going to be a bit of a disadvantage for her. She’s never made Middleweight, so she’s got to come down to make that weight first of all on the scales.

“I’m sure she will, her and Peter Fury are very professional. It’s how she’s going to feel when she makes that weight, we’re in the ring and we’re heading into the later rounds. How is her body going to hold up to that championship distance?

“She’s not had much experience fighting anyone of a high level really. She hasn’t fought anyone actually at her weight. A lot of the girls have stepped up to fight her at her weight. This is going to be the first time she’s faced someone who’s had a full camp. I’m coming to win and I’m going home with that belt. It’s going to be a brand-new experience for her.”