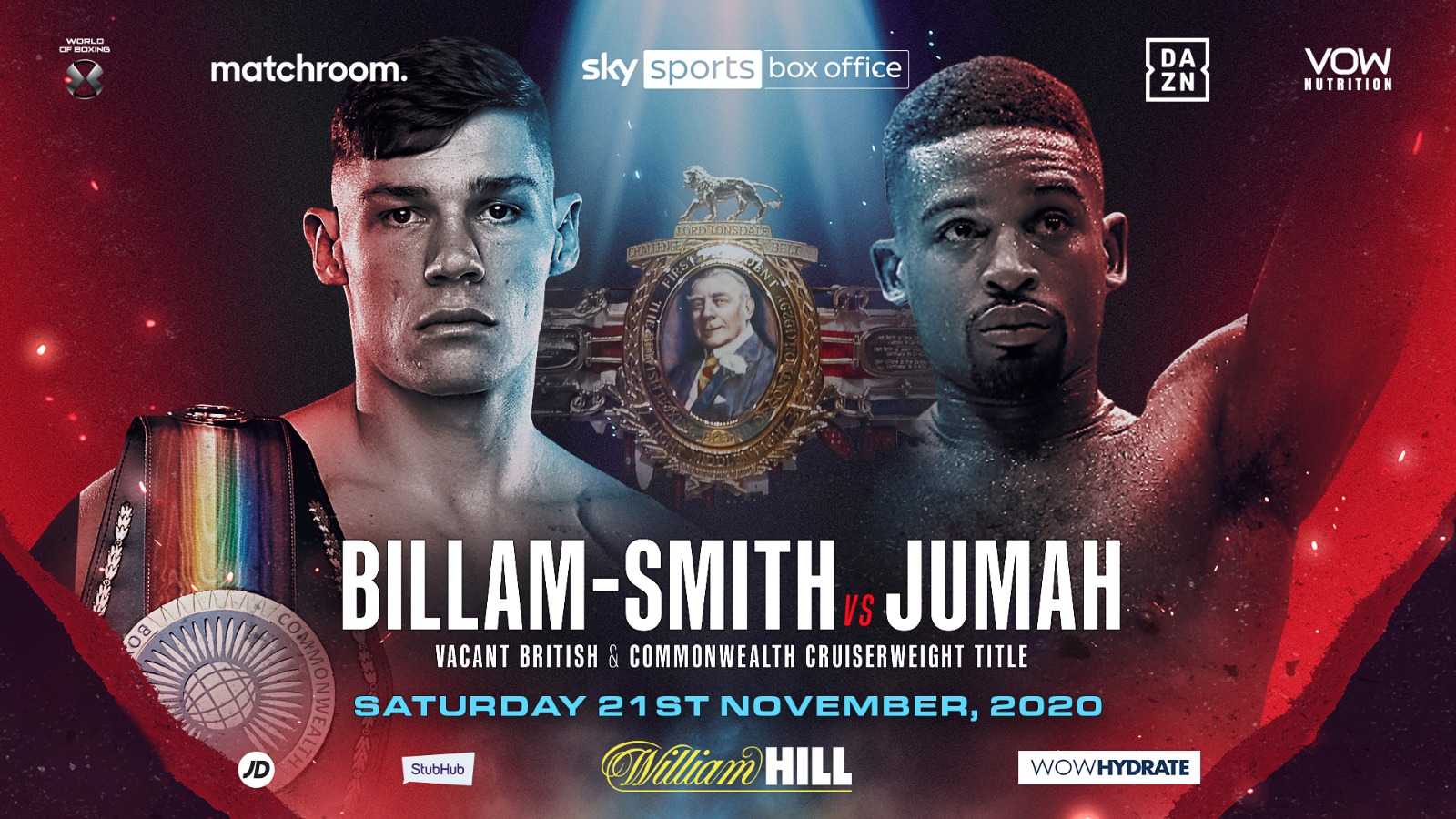 ‘The Gentleman’, trained by Shane McGuigan in Kent, is seeking domestic dominance by avenging a loss he suffered to Jumah in the amateurs before turning his attention to a shot at European honors as he continues to impress with powerful performances.

English Champion Jumah (13-0, 7 KOs) is undefeated in thirteen fights, winning the Southern Area Title with a fifth round stoppage of Ossie Jervier at York Hall in 2018 before taking out Wadi Camacho in five to secure the English crown in 2019.

‘The Ghost’, a 6′ 1″ southpaw from Chelsea, kicked off 2020 in style as he outpointed Sam Hyde over 12 compelling rounds to retain his English Title, and secure a shot at the famous Lord Lonsdale Challenge Belt previously owned by Richard Riakporhe.

“I think it’s a great fight,” said Bilam-Smith. “Me and Dion have shared the ring together in the amateurs and we have sparred as professionals. I think our styles gel really nicely. We both come to fight and we are both always fit. We’re two big punchers so it’s a brilliant fight and one that I’m really excited about.

“He beat me in the amateurs so I’m looking forward to getting me revenge. The British Title is such a prestigious belt and it is a dream for any British fighter to fight for it. I’m absolutely buzzing to add that belt to my Commonwealth. I will become the British Champion on November 21.”

“We have waited too long for an opportunity like this but timing is everything and I’m glad this fight got made when it did,” said Jumah. “Chris Billam-Smith is the perfect opponent for this stage in my career. On November 21 I will be walking away with BOTH the British and Commonwealth Titles. The Ghost Is Coming!”