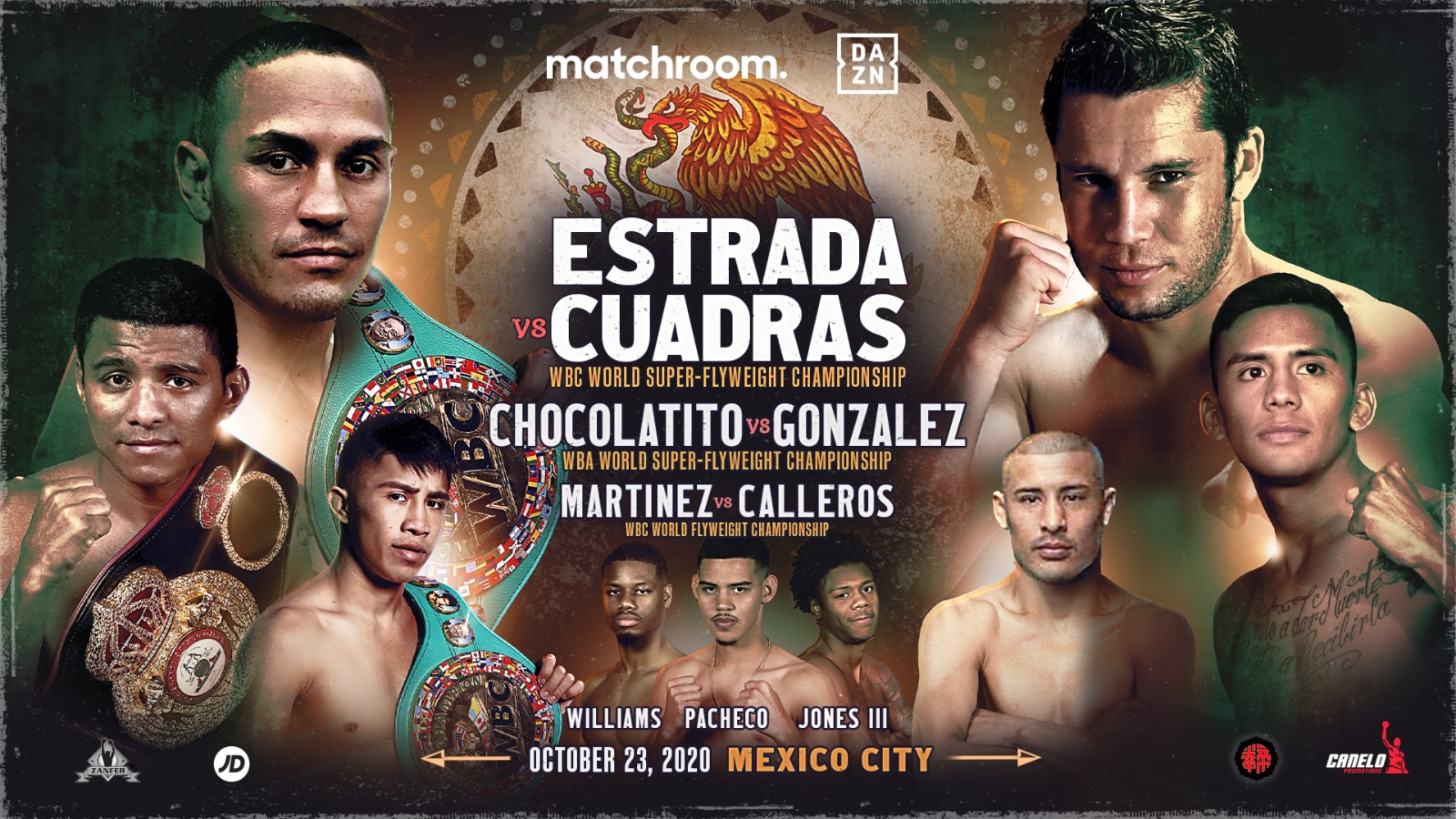 Martinez (16-1 12 KOs) makes the second defense of his crown and his first on home soil, having defeated Jay Harris in Dallas in February. The 25 year old was due to face fellow countryman Maximino Flores but the IBO champion returned a positive test for COVID-19 and will be unable to challenge for Martinez’s green and gold strap.

Calleros (33-9-1 17 KOs) now has a golden opportunity to change his career overnight in Flores’ place. The 31 year old landed the WBO NABO title at 112lbs last September and fights for World honors for the second time in his career having travelled to Japan in March 2018 to challenge WBO champion Ryuya Yamanaka.

Martinez’s clash with Calleros is part of a bumper World title triple-header in Mexico.

Juan Francisco Estrada (40-3 27 KOs) will defend his WBC and Ring Magazine World Super-Flyweight titles in a rematch with Carlos Cuadras (39-3-1 27 KOs) and Roman ‘Chocolatito’ Gonzalez (49-2 41 KOs) defends his WBA World Super-Flyweight title against Israel Gonzalez  (25-3 11 KOs) – with Estrada and Chocolatito on a collision course for a rematch should they both emerge victorious.

Three of Eddie Hearn’s young tyros make their return to action on the bill, with Diego Pacheco (9-0 7 KOs) boxing for the tenth time in the paid ranks, Austin Williams (5-0 4 KOs) making a second foray outside the States in his sixth pro fight and Otha Jones III (5-0 2 KOs) also boxing for the sixth time as a pro.