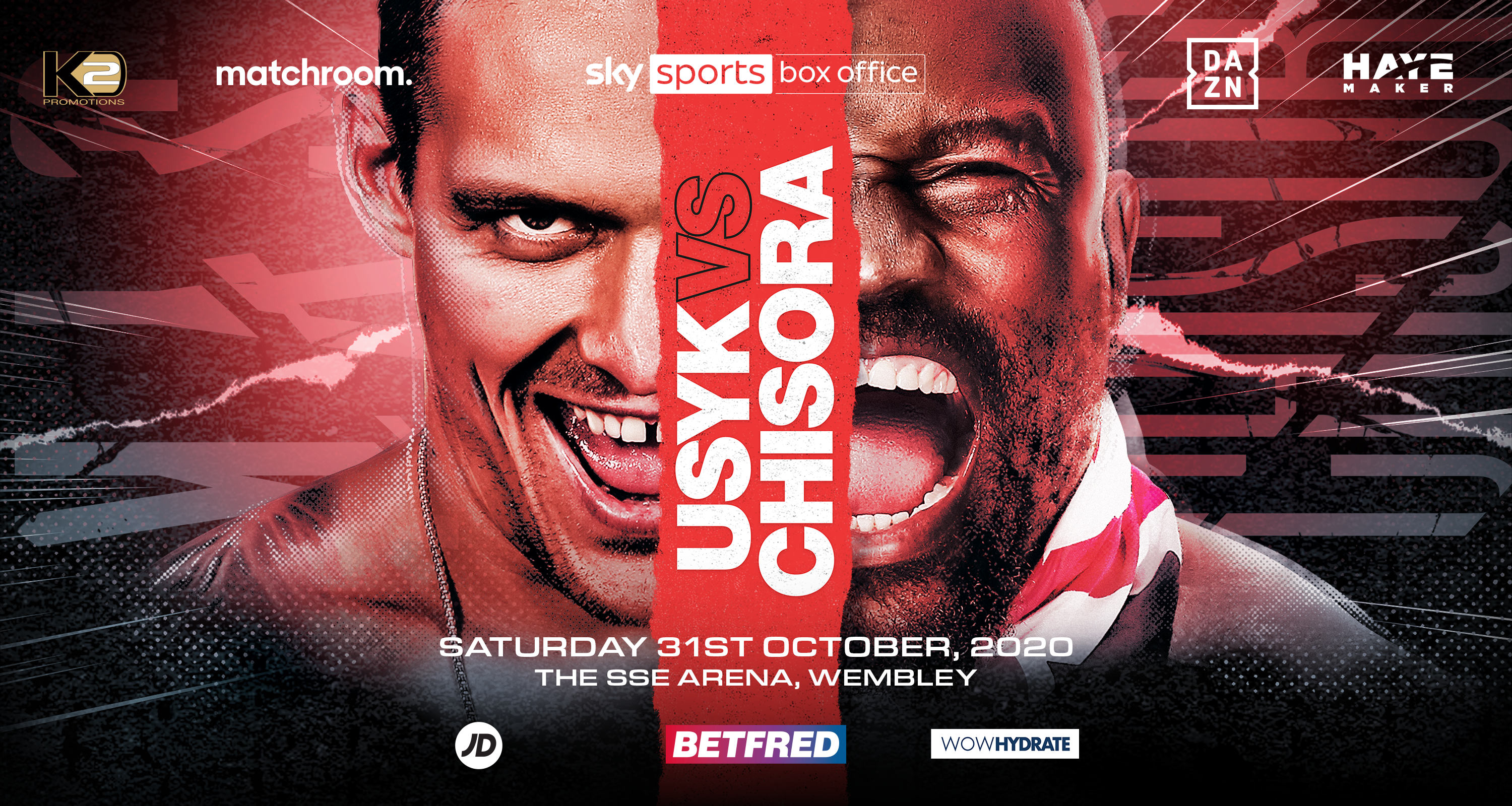 BETFRED ANNOUNCED AS TITLE PARTNER FOR USYK VS. CHISORA

Huge Heavyweight showdown just 8 days away Matchroom Boxing are delighted to announce Betfred as the official title partner for Oleksandr Usyk’s highly-anticipated Heavyweight clash with Derek Chisora at The SSE Arena, Wembley on Saturday October 31, shown live on Sky Sports Box Office in the UK and DAZN in the US.

Pound-for-pound star Usyk (17-0, 13 KOs) made the move to Heavyweight after dominating at Cruiserweight, winning all of the major belts in an extraordinary spell at 200lbs that saw him crowned the Undisputed World Champion.

The 2012 Olympic Gold medallist is determined to become a two-weight World Champion but faces an in-form Chisora (32-9, 23 KOs) who is coming into this fight off the back of two devastating KO wins over Artur Szpilka and David Price.

Fred Done, Owner of Betfred, said: “We enjoy a fantastic relationship with Barry Hearn’s Matchroom Sport through our sponsorship of snooker and darts, so I am delighted to be joining up with Matchroom Boxing for what should be a superb Heavyweight clash.”

Eddie Hearn, Managing Director of Matchroom Sport, said: “Betfred have been a huge supporter of Matchroom events over the years, especially through their World championship snooker partnership and I am delighted to welcome them onboard for this huge fight next week, and look forward to delivering them unprecedented global exposure and a thrilling night for Betfred and fight fans around the world.”