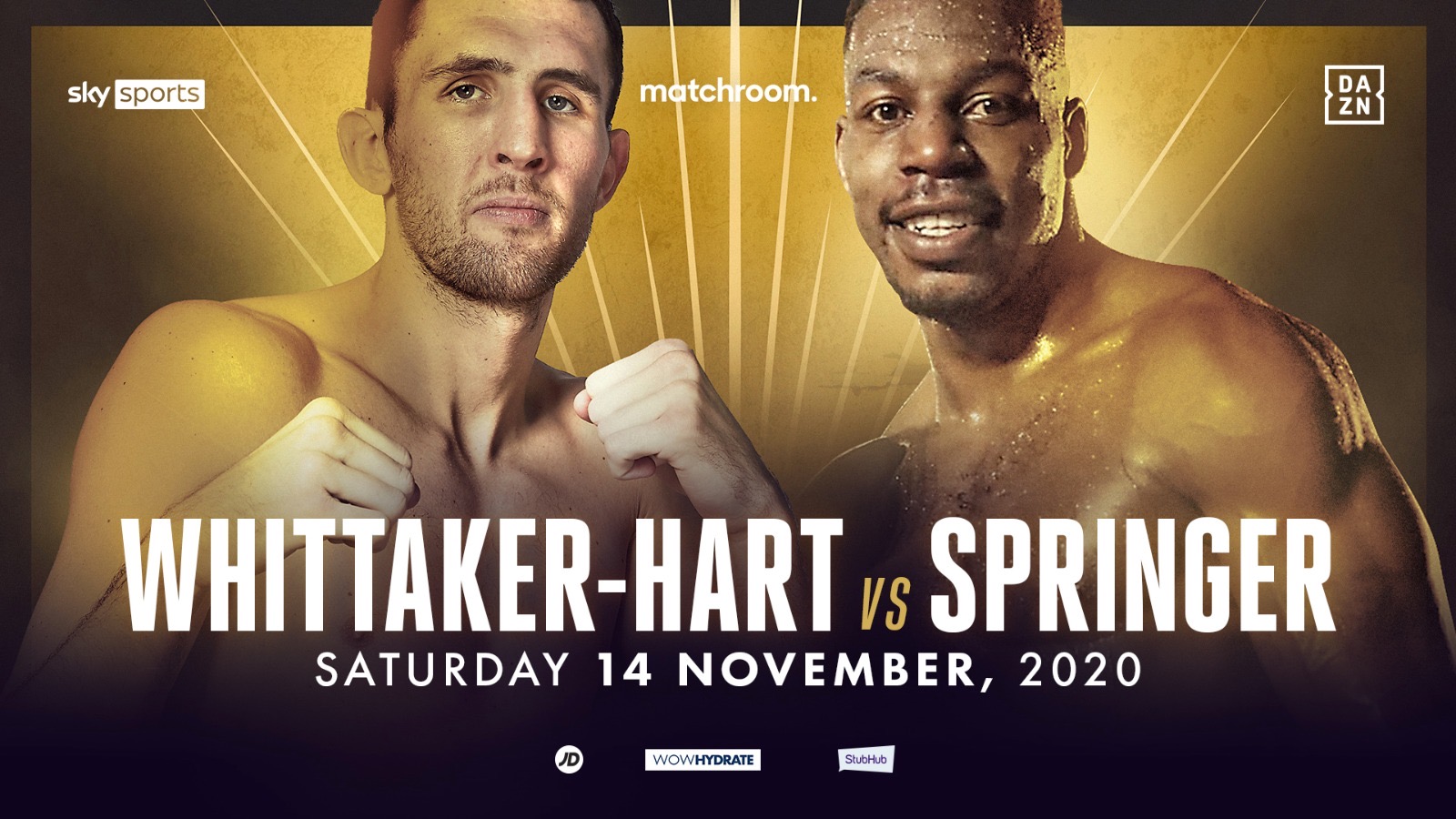 Liverpool Light-Heavyweight talent Thomas Whittaker-Hart has signed a multi-fight promotional deal with Eddie Hearn’s Matchroom Boxing and will face Bradford’s Jermaine Springer over eight rounds on Saturday November 14, live on Sky Sports in the UK and DAZN in the US.

Whittaker-Hart (4-0, 2 KOs), a former England and Team GB man who was planning on staying in the amateur game until the Tokyo Olympic Games, trains with Joe McNally at the Rotunda ABC in Kirkdale and has made a perfect start to life in the professional ranks.

The former English National titlist, who is managed by former WBC Cruiserweight World Champion Tony Bellew, made his pro debut on the Liam Smith vs. Sam Eggington show at the M&S Arena in March 2019, outpointing Poland’s Przemyslaw Binienda.

Three wins have followed for the 25-year-old prospect who will be looking to push on under his new promotional banner, starting with a win over Springer (7-1, 1 KO) next month on an historic World Title triple-header card.

“Tony phoned me a couple of days ago to tell me that I’m signing with Matchroom,” said Whittaker-Hart. “I was made up with the news! It’s the best promotional umbrella to be under at the minute so I was buzzing when I found out.

“I’m looking forward to performing on the biggest platform. I’m going to showcase what I know I can really do. I’m pleased that I’ve got the opportunity to be able to broadcast my skills to such a big audience on Sky Sports and DAZN.

“I’ve made a positive start to life in the pros with four wins and two knockouts. I don’t think I’ve showed enough of what I can really do. Now I’ve signed with Matchroom I can start to really push on and I know the opponents are going to get harder, that’s when you’ll see the best version of me.

“I don’t know a lot about Springer but I’ve seen the odd clip of him. I know that he’s a good step up for me at this stage of my career. I’m more than confident in my ability to get the job done and I’ll be more than ready on November 14. It’s a great show to be a part of.

“I want to keep on improving and going up the levels. I’m planning on getting to the top – that’s where I want to be. I couldn’t ask for much more with Tony managing me and Matchroom promoting me. Tony has helped me out a lot and he’s got me into a great position. He’s been there and done it so I look up to him massively.”

“I’m very excited about Thomas Whittaker-Hart!” said Bellew. “He’s been out the ring 12 months but I’m confident that within these next 12 months he will be in and amongst the top 3 domestically and ready for the British Title! He’s been working hard and has been sparring with renowned World Champions and vastly experienced fighters! The best is yet to come from Thomas.” 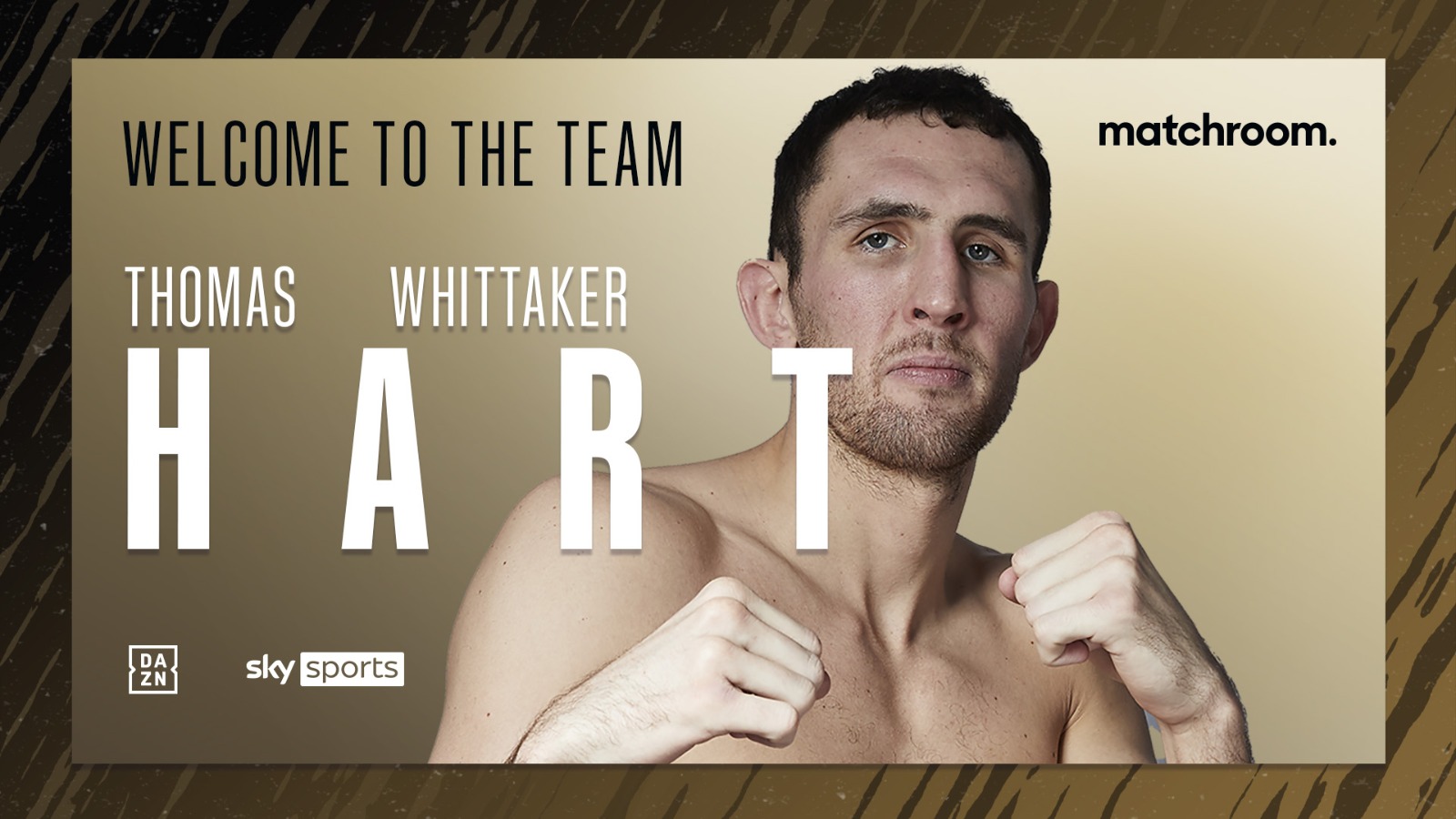