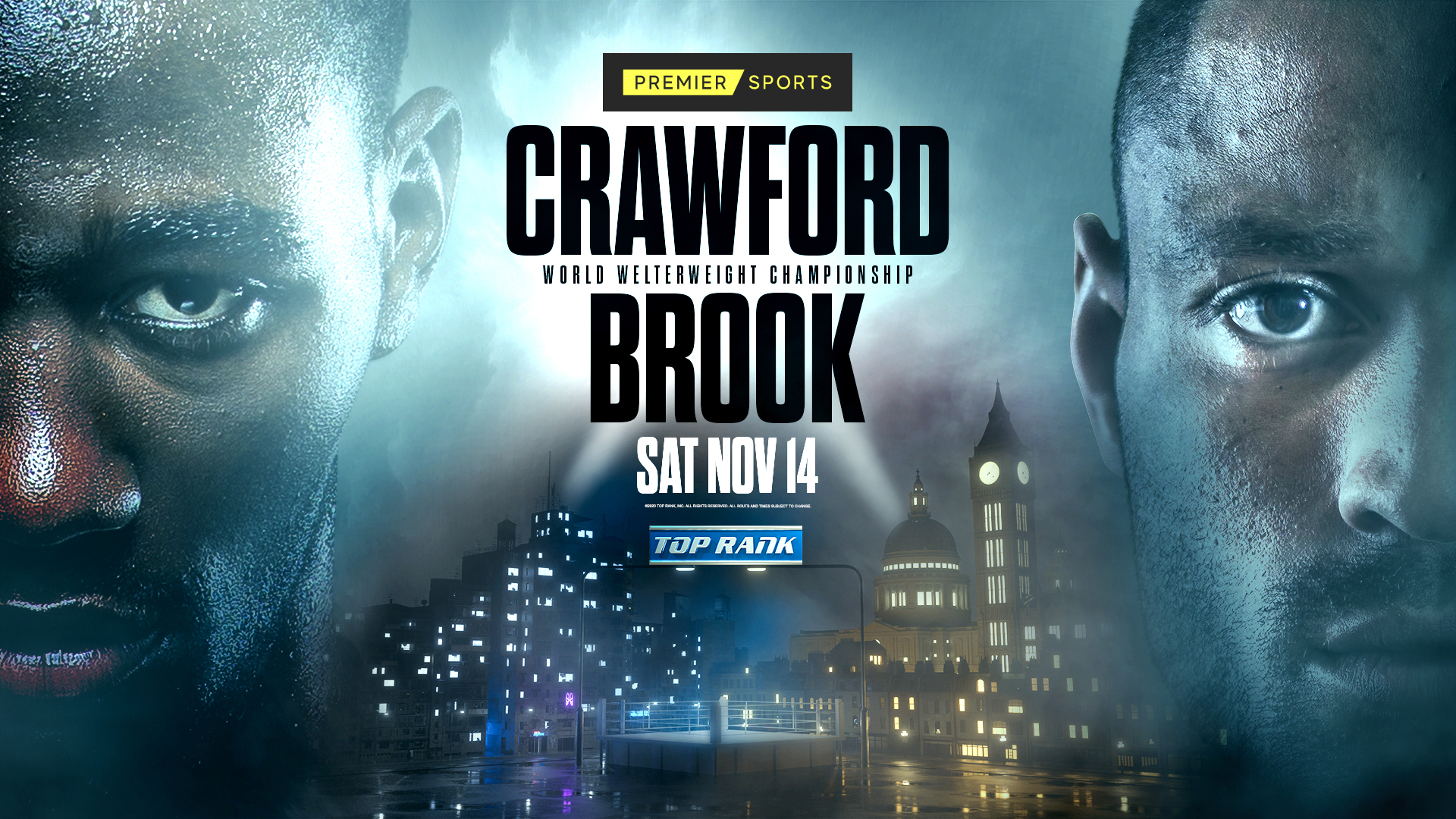 Premier Sports 1 is available in HD via Sky (412 & 429), Virgin TV (551 & 552) and online via the Premier Player available on app and desktop. New subscribers to Premier Sports can easily sign up via the website – www.premiersports.com.

Richard Sweeney, CEO of Premier Sports said, “We are delighted to partner with Top Rank and broadcast this massively anticipated fight next month. There is huge interest in this event from fans in the UK, and we’re pleased to make it live and exclusive to Premier Sports customers.”

Brook said, “I am delighted to announce that my fans across the UK will be able to watch me fight Terence Crawford for the welterweight world title LIVE on Premier Sports.

“It’s bonfire season, and I’m going to be bringing the fireworks, so make sure you subscribe and tune in to watch me become two-time world champion, baby!”

Added Bob Arum, Top Rank Chairman, “I commend Premier Sports for stepping up to broadcast Crawford-Brook. Terence is a generational talent, and I strongly believe Kell has the skills to give him a tremendous challenge. The UK boxing fans deserved an outlet to watch this fight, and thanks to Premier Sports, they will have an opportunity to do so.”

About Premier Sports
Formed in 2009, Premier Sports is currently broadcasting in the UK and Republic of Ireland with live and exclusive rights to the Premier League, LaLiga, Serie A, Guinness PRO14, Scottish Cup and Betfred Cup, GAA, NHL, NASCAR and also operate BoxNation, a dedicated boxing channel. Many of these rights are available in both territories with some exclusive to each region.