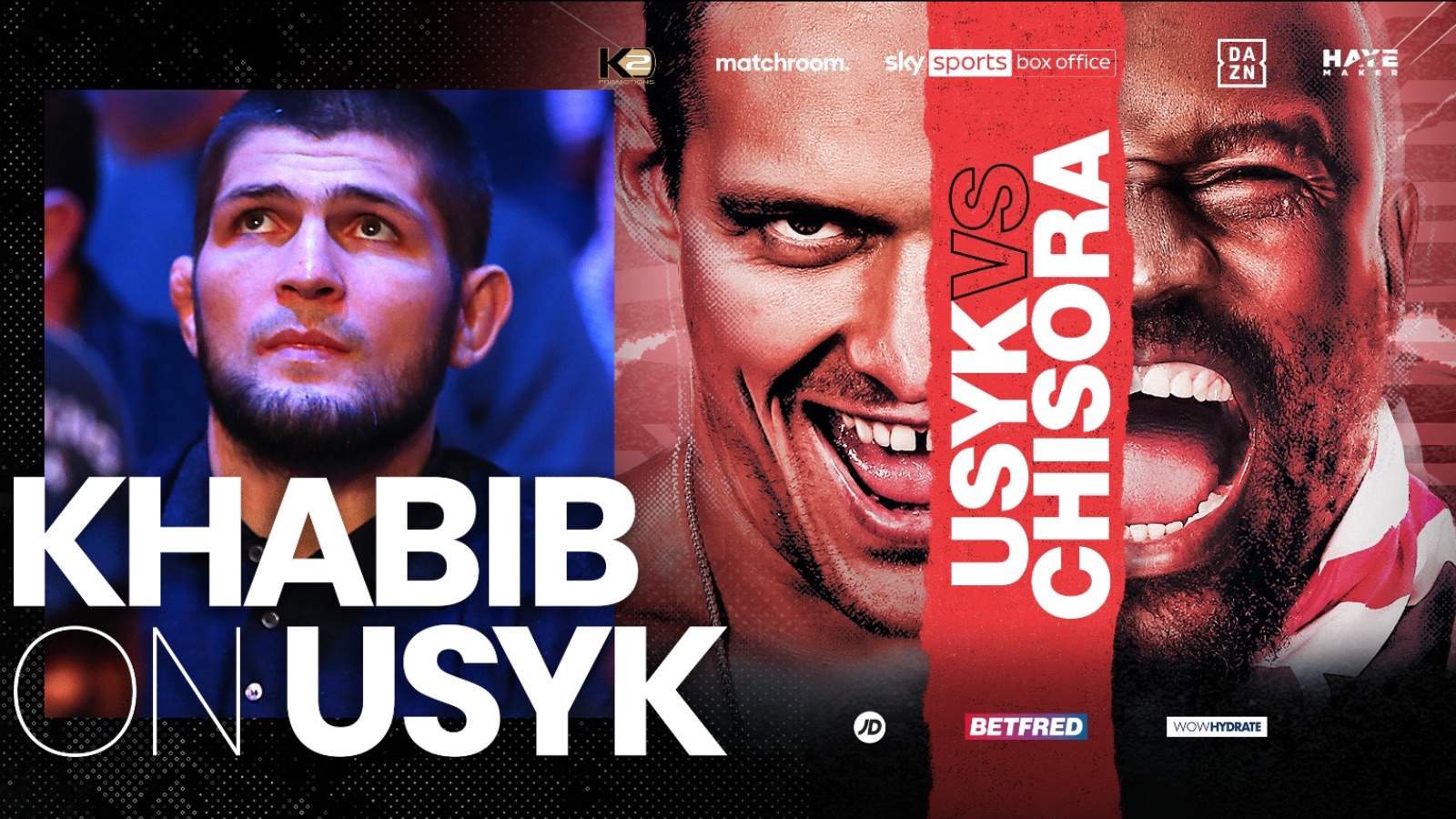 Dana White hailed Russia’s Nurmagomedov as the ‘GOAT’ and pound-for-pound best after he sensationally retired following his second-round stoppage of Justin Gaethje at UFC 254 in Abu Dhabi.

The undefeated Lightweight World Champion is a long-time fan of boxing, and was even spotted ringside for Anthony Joshua’s huge rematch with Andy Ruiz Jr in Saudi Arabia last year, but it is Ukraine’s Usyk he wants to see share the ring with ‘The Gypsy King’, not ‘AJ’.

When asked for his assessment of the sport, prior to Vasiliy Lomachenko’s loss to Teofimo Lopez in Las Vegas, Khabib told reporters: “Right now, I think three guys. Oleksandr Usyk, Vasiliy Lomachenko and Canelo Alvarez.

“Oh sorry, Tyson Fury too. Four guys. It’s very hard [to decide] who is the best.

“I really want to see Usyk vs Fury. It’s gonna be a very good fight. He [Usyk] has very good skill and technique, Tyson Fury too.

“He is not like other Heavyweights, more technique, his footwork is very good, his conditioning is very good, I really wanna watch Usyk against Fury.”

Usyk (17-0, 13 KOs) sits as WBO Mandatory Challenger to Joshua, but must first deal with an in-form Derek Chisora at The SSE Arena Wembley on Saturday, shown live on Sky Sports Box Office in the UK and DAZN in all of its nine markets including the U.S.