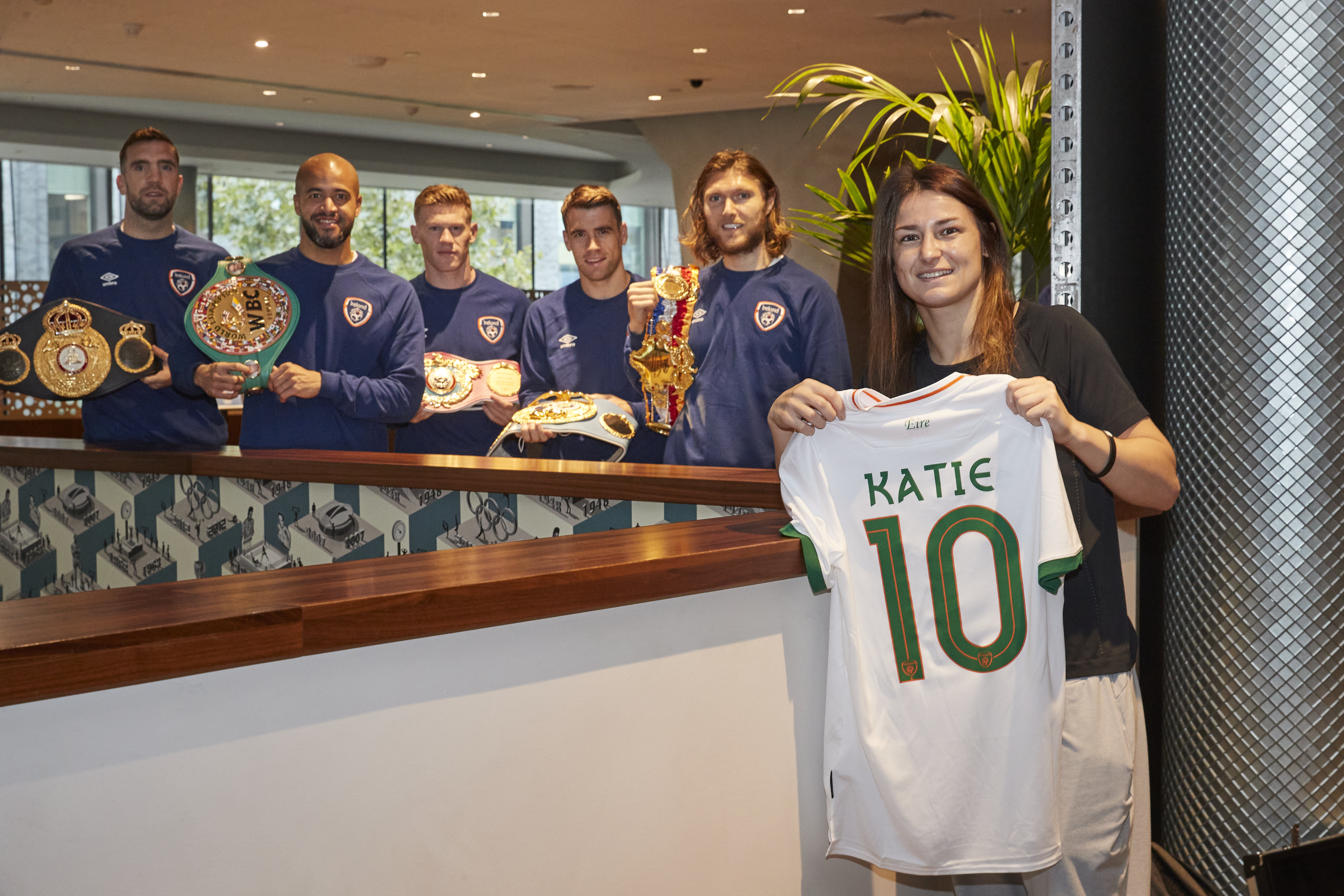 Undisputed Lightweight World Champion Katie Taylor is hoping to complete a memorable sporting double for Ireland on Saturday evening when she defends her crowns against Spain’s Miriam Gutierrez at The SSE Arena, Wembley, live on Sky Sports and DAZN.

48 hours earlier across the road at Wembley Stadium, the Republic of Ireland national football team will play England in an International friendly, hoping to beat the Three Lions for the first time since 1988.

Bray star Taylor met her compatriots at a safe distance at the Hilton London Wembley, where they are staying on separate floors in their own ‘bubbles’ to comply with Government and British Boxing Board of Control rules around the Coronavirus.

Squad members including Captain Seamus Coleman, Darren Randolph, Shane Duffy, Jeff Hendrick and James McClean posed with Katie’s belts, that were sanitised before and after, before presenting her with her very own Umbro away Jersey with ‘Katie 10’ printed on the back.

“It’s great to see the lads in the same hotel and have a quick ‘socially distanced’ chat and wish each other luck from our respective bubbles,” said Taylor. “I’ve always had great support from the team over the years and loved my own days playing in the green jersey.

“Football has given the country some of our greatest sporting moments over the years and hopefully the lads can kick off an Irish double at Wembley on Thursday night. It’s a shame of course that we can’t have fans right now at sporting events during the pandemic but I know that regardless people will be at home cheering us on and I know that support means a lot to all of us.”

Ireland captain Seamus Coleman said: “Katie’s an inspiration to the whole of Ireland, I’m looking forward to watching the fight. We wish her well this Saturday.”