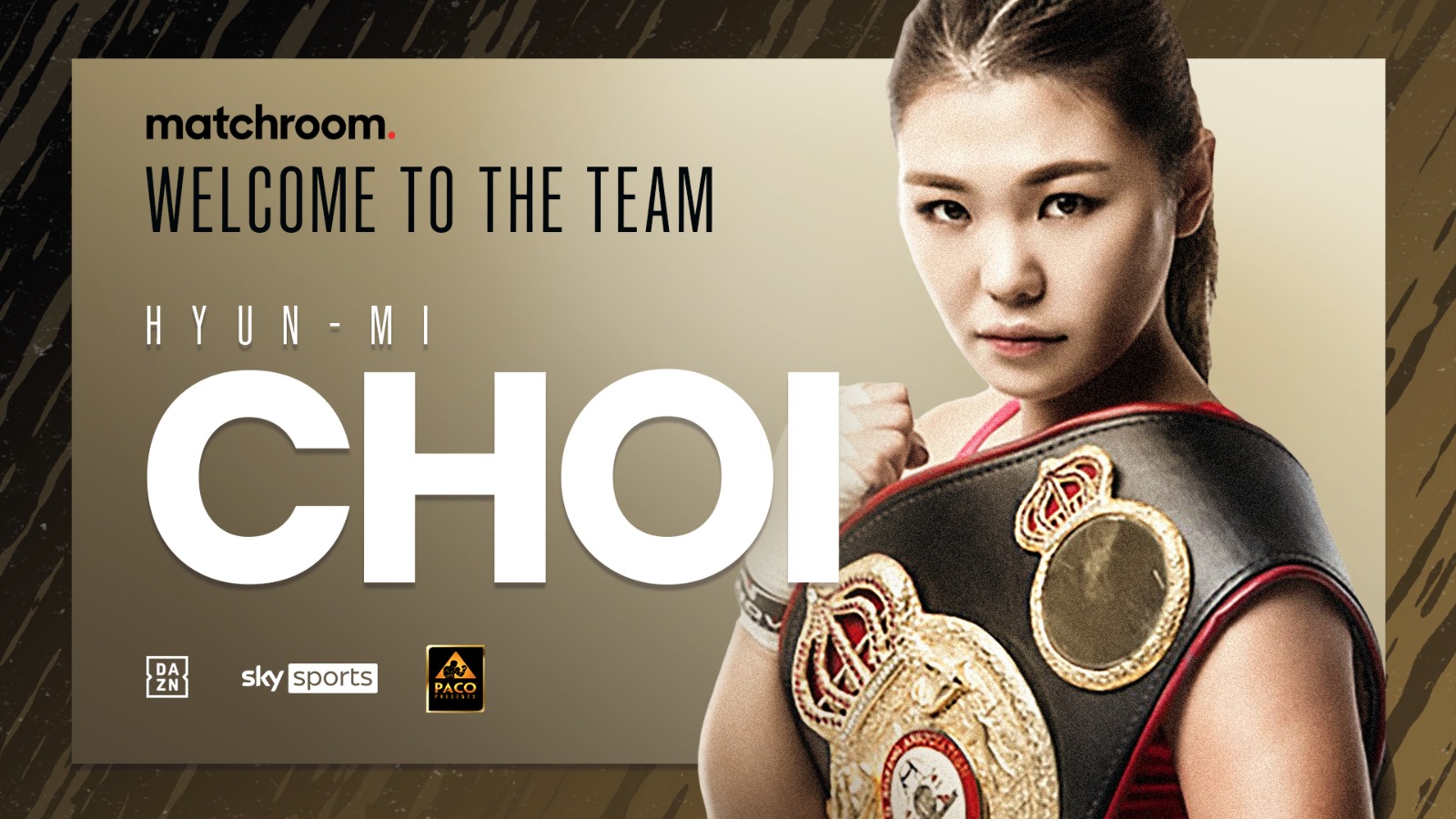 Choi (17-0-1, 4 KOs) beat China’s Chunyan Xu on her professional debut in October 2018 to claim the vacant WBA Featherweight crown before making seven defenses of her World Title in the following five years.

The South Korean became a two-weight World Champion when she landed the WBA Super-Featherweight Title against Thailand’s Siriwan Thongmanit in May 2014, and has since made six defences of the Title, most recently against Wakako Fujiwara in June 2019.

“I have worked hard and dedicated my life to being the best Champion I can be,” said Choi. “I strive to improve every day and work on my craft. I am thankful for my family, friends, and team who have supported me on this Championship journey these past 12 years.

“As I have grown and matured and studied our sport, I still have a yearning desire not just to defend my Title but to achieve my ultimate goal of unifying all of the belts. I will continue to challenge myself, work hard and dedicate my whole being to women’s boxing. I want to be an ambassador for women’s boxing and continue to grow its popularity.”

“We are delighted to welcome Hyun-Mi Choi to the Matchroom Boxing team,” said promoter Eddie Hearn. “It is a wonderful time for women’s boxing and particularly the Super-Featherweight division as we target an Undisputed Champion in the weight class. We look forward to seeing her defend her Title later this year before a major unification in early 2021.”

Paco Damian, Paco Presents Boxing, said: “The entire Hyunmi’s team are very proud to represent the longest reigning champion today. Hyunmi is one of the most respectful, sweetest, hardworking athletes I have ever known. We are also very pleased to have teamed up with Eddie Hearn of Matchroom Boxing to be able to give Hyunmi the fights she deserved. She will be ready to defend her WBA World Super-Featherweight Title against an opponent to be determined before the end of the year.”