Dubois and Joyce to fight for the British, Commonwealth and European titles 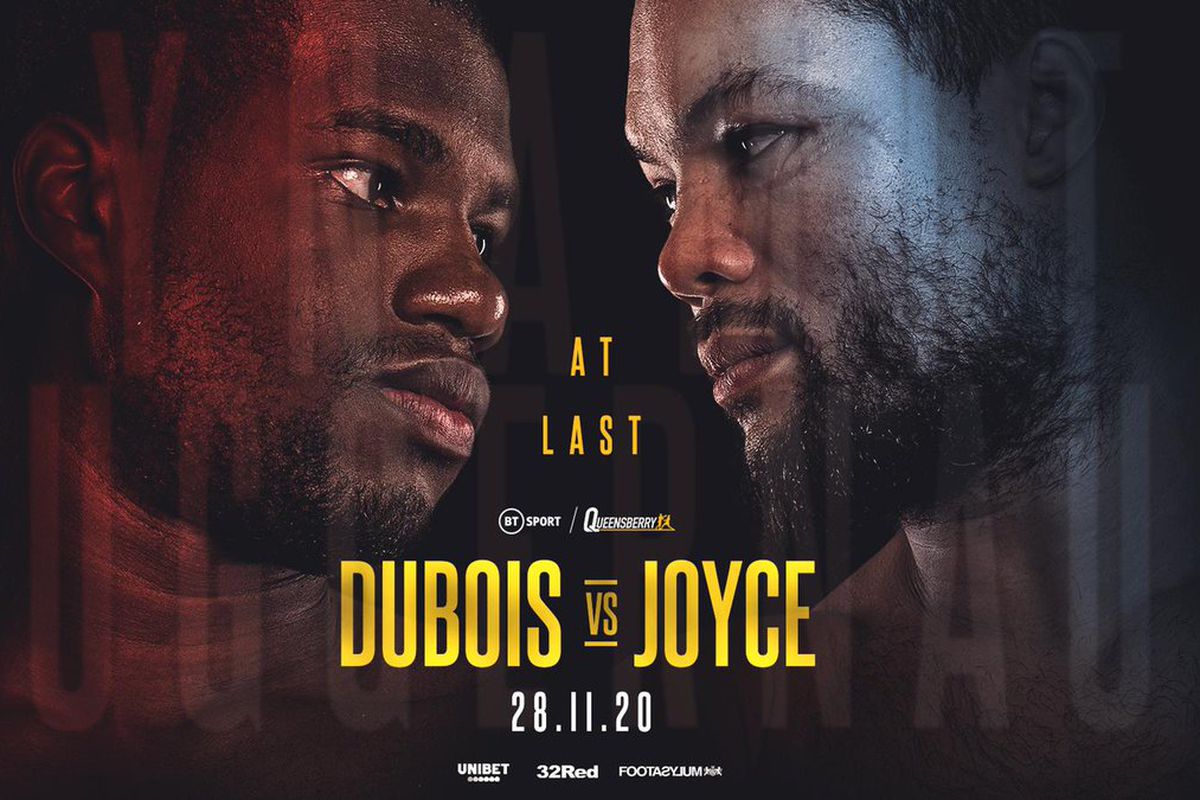 The 12-round heavyweight main event will also be contested for the vacant European title.

“The future of the heavyweight division will be seen live on ESPN+ Nov. 28,” said Top Rank chairman Bob Arum. “Daniel Dubois is a tremendous young fighter, but Joe is older and had an incredibly successful amateur career. I am glad that American fight fans will have an outlet to watch one of the year’s best fights.”

Dubois (15-0, 14 KOs), winner of six in a row by KO, is no stranger to American fight fans, as his last eight bouts have streamed live on ESPN+. He went 5-0 in 2019, including a second-round stoppage over former world title challenger Razvan Cojanu, a fifth-round KO over fellow prospect Nathan Gorman and a second-round blitzing of Kyotaro Fujimoto last December. He made his 2020 debut Aug. 29 and knocked out Ricardo Snijders in the second round.

The 35-year-old Joyce (11-0, 10 KOs) turned pro in October 2017 after capturing a super heavyweight silver medal for Great Britain at the 2016 Rio Olympics. He wasted no time as a professional, as he won Commonwealth honors in only his fourth bout. In 2019, he knocked out former world champion Bermane Stiverne in six rounds and veteran gatekeeper Alexander Ustinov in three rounds to increase his knockout streak to nine. In July 2019, he went the 12-round distance and outworked former world title challenger Bryant Jennings over 12 rounds. He returned to action July 25 and knocked down Michael Wallisch three times en route to a third-round stoppage.

ESPN+ is the industry-leading sports streaming service that offers fans in the U.S. thousands of live sports events, original programming not available on ESPN’s linear TV or digital networks and exclusive editorial content from dozens of ESPN writers and reporters. Launched in April 2018, ESPN+ has grown to more than 8.5 million subscribers.