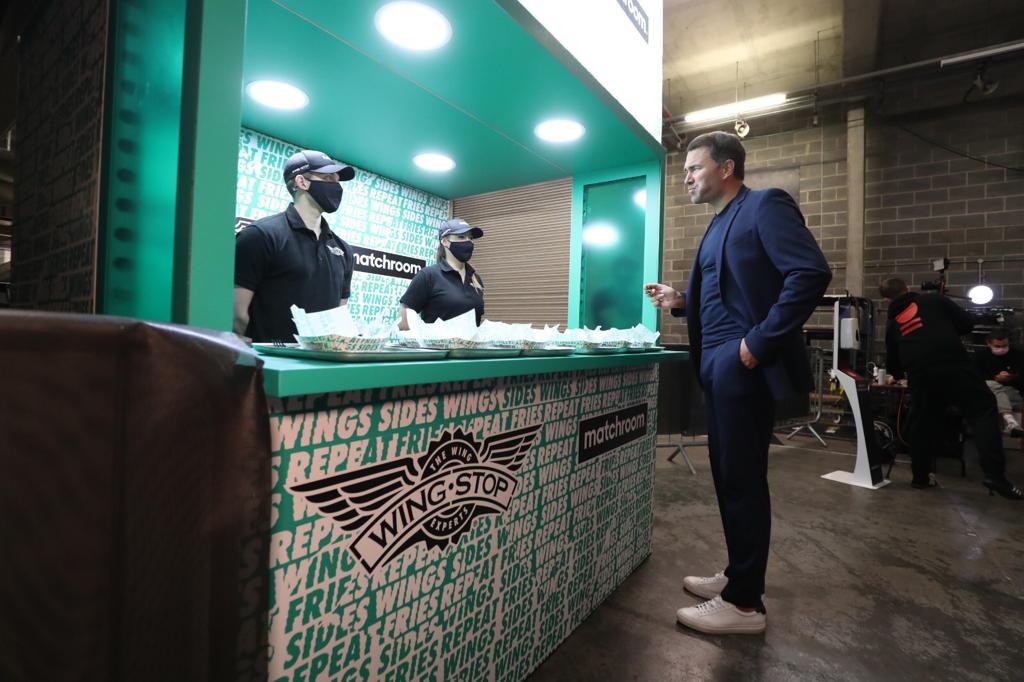 MATCHROOM ANNOUNCE WINGSTOP AS PARTNER SPONSOR FOR SAUNDERS VS. MURRAY

Tom Grogan, Co-founder Wingstop UK, said: “This will be Wingstop UK’s first foray into sport and we are thrilled to have agreed this partnership with Matchroom Boxing. Over the past few years Eddie and his team have supercharged the exposure of UK boxing and we cannot think of a more fitting partner to activate our exposure to sports.

“Looking into 2021 we want to build on our relationship together and hope to see many more opportunities to collaborate and serve the country flavour!”