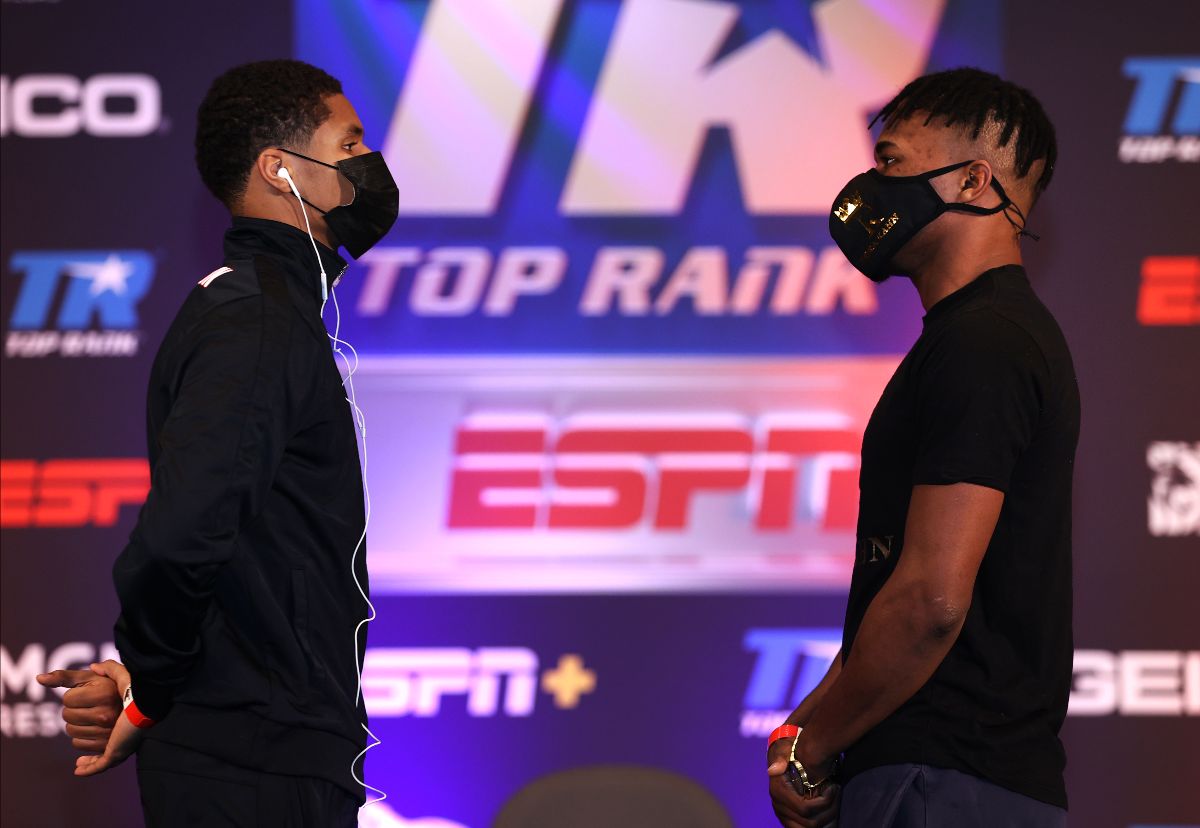 The 10-round lightweight co-feature will see Puerto Rican star Felix “El Diamante” Verdejo take on Japanese veteran Masayoshi Nakatani. Super middleweight sensation Edgar Berlanga — 15-0 with 15 first-round knockouts — will seek to extend his streak against veteran Ulises Sierra in an eight-rounder. Sierra, from San Diego, has never been stopped as a pro.

Two days before fight night, they took to the socially distanced stage for the final press conference. This is what they had to say.

“The short notice for this fight doesn’t bother me. I’m one of those fighters that always stay in shape. This is nothing new to me.”

“The Bubble days feel like the amateur days all over again. There is not a lot of people around you, and you only focus on the fight.”

“I don’t think he is a bad fighter at all. I don’t see him as a bum. I see him as a real test, and I’m ready to put on my best performance to date. I’m one of the best young fighters in the sport. They need to put some respect on my name, and on Saturday, I’m going to show them why.”

“This opportunity is a blessing. I’ll be sharing the ring with a former Olympic medalist and with a former world champion. I’m ready to show the world who Toka Kahn is. I’m ready for this level of opposition. We’ve been working hard for this. I’m excited about this fight.”

“Everything has gone very well since I have been training with {Ismael} Salas in Las Vegas. The change has been from heaven to earth. I’ve seen the changes in me. I am in excellent condition.”

“I have confidence in my skills and on the work I have done, but I don’t overlook any opponent.”

“I’m not worried about the long inactivity. I’ve been training hard.”

“Fights outside of Japan, strong punches are important, and I want to focus on that for this fight.”

“Boxing is not fought with height. It is all about the punches, and that’s why I’m coming to knock him out.”

“I’m 100 percent ready for the fight. Get your popcorn ready.”

“I got to see my idol (Felix Trinidad) in action as I was growing up. When I met him last month in Puerto Rico, we both got very emotional as he was giving me great advice.”

“I don’t dwell on the first-round stuff. If it happens, it happens. I’m ready to go 12 rounds. It doesn’t matter how many rounds we are fighting. Every camp, I prepare to go 12 full rounds”.

“I’ve been in the gym for three months. Tune in. I’m going to slay the ‘Monster.’”