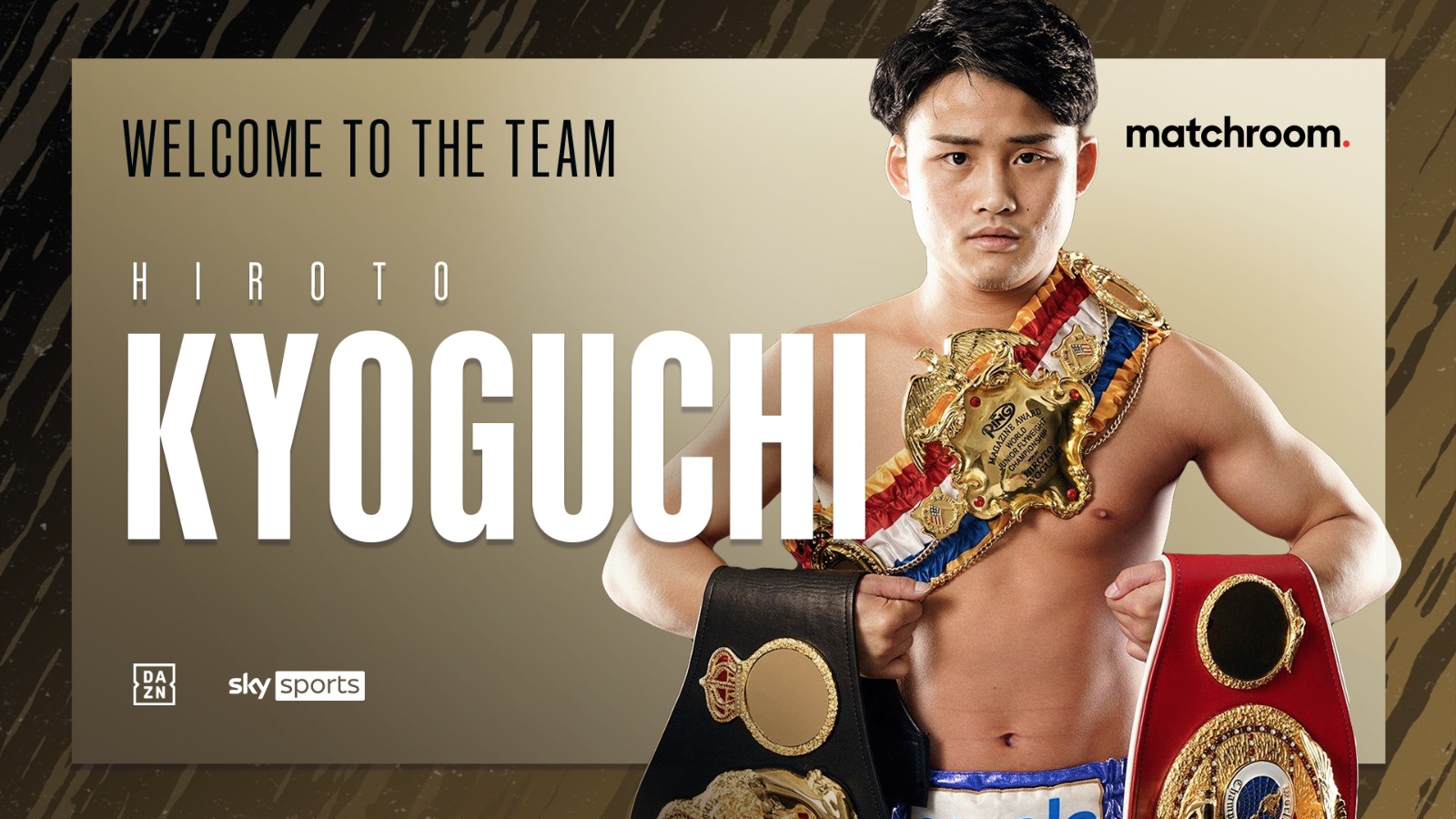 The Japanese star (14-0, 9 KOs), who is managed by Eddy Reynoso, won the IBF 105lbs World Title by outpointing Jose Argumendo in July 2017, before making two defences of the Title against Carlos Buitrago and Vince Paras.

27-year-old Kyoguchi was crowned a two-weight World Champion when he stopped Hekkie Budler in ten rounds in December 2018 to earn the WBA and Ring Magazine Light-Flyweight belts, and has since made two successful defences against Tanawat Nakoon and Tetsuya Hisada.

“I am confident that I will give it my all and show honour in this sport as a proud Japanese World Champion,” said Kyoguchi. “I’m ready!”

“I’m delighted to welcome two division World Champion and Ring Magazine king Hiroto Kyoguchi to the Matchroom Boxing team,” said promoter Eddie Hearn. “As we continue our global expansion we welcome our first Japanese World Champion to Matchroom and look forward to our first show there in 2021. I look forward to a long and successful relationship with him and his manager Eddy Reynoso.”

“It is an honour to work with the best promoter in the world in Eddie Hearn and Matchroom Boxing,” said Eddy Reynoso of No Boxing No Life management. “Thanks also to Hiroto Kyoguchi for having the confidence to let me represent him. We look forward to a big future together.”