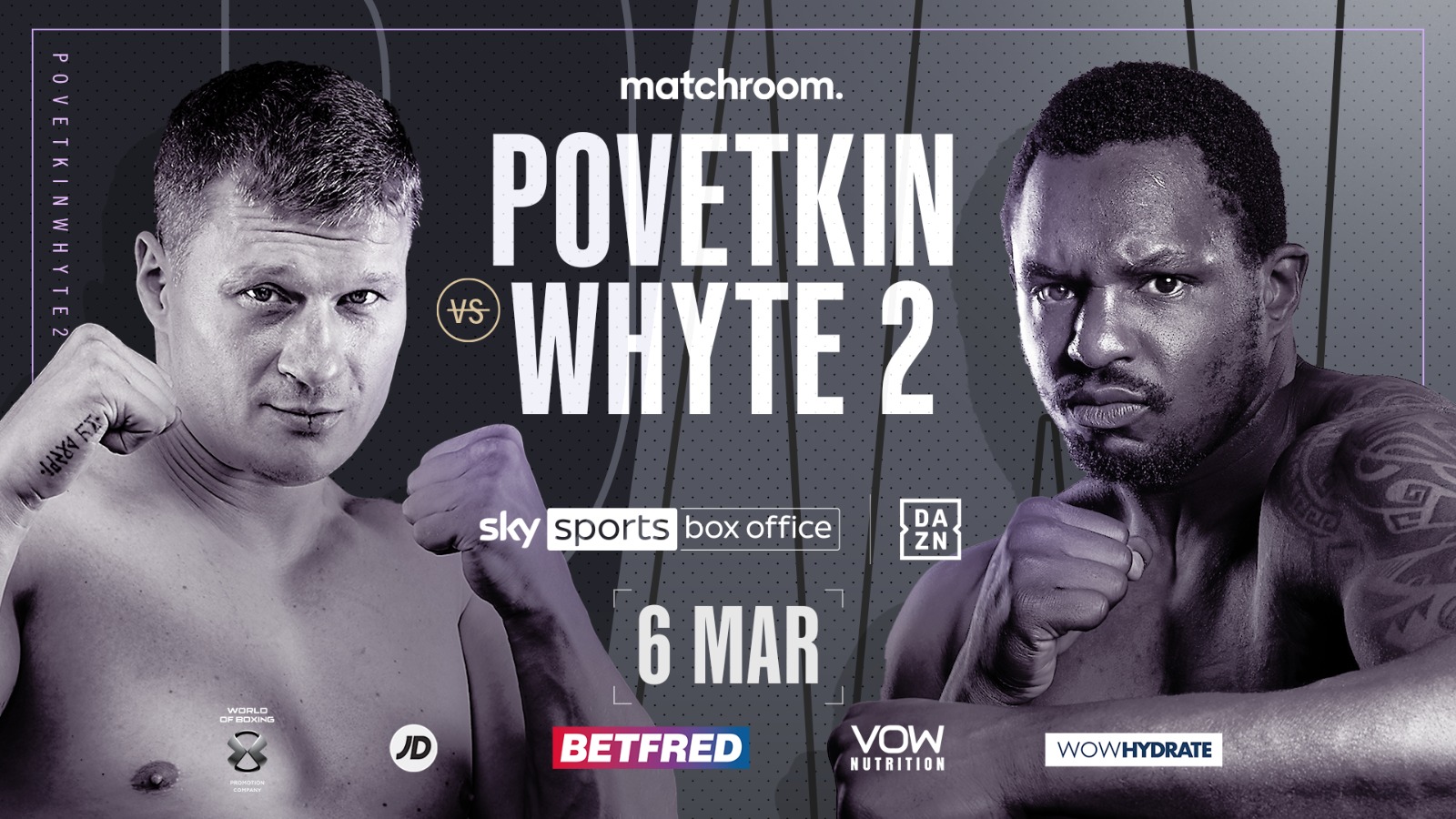 Matchroom Sport Managing Director Eddie Hearn said: “Even in a pandemic I feel like this is the strongest start to a year Matchroom have had in a long time. It’s going to be a rough ride over the next couple of months but with plenty of drama and excitement along the way. We have some thrilling main events and stacked cards that feature some of the biggest names in British boxing returning to action as we look to make a real statement in 2021.”

Adam Smith, Head of Boxing Development for Sky Sports, said: “We’re absolutely thrilled with our strongest start to a New Year as we bring you more of the biggest names in British boxing. The hugely popular Josh Warrington kicks off our first live show on Sky Sports against Mauricio Lara, with a unification clash in touching distance.

“Josh Kelly settles his long-running rivalry with David Avanesyan, while Amy Timlin and Carly Skelly share the ring again on the same bill after battling to a draw. Dillian Whyte and Alexander Povetkin delivered one of the most dramatic Heavyweight fights of last year and we’re expecting more fireworks in their rematch, with Campbell Hatton also making his pro debut, live on Sky Sports Box Office.

“Lawrence Okolie finally receives his World Title fight against Krzysztof Glowacki on another exciting night that features Ramla Ali’s return and Chantelle Cameron’s first defence of her WBC belt. It’s then Conor Benn’s turn to take centre stage in a crucial showdown with Samuel Vargas. Boxing is back in 2021, so get ready for more epic fights on Sky Sports.”

DAZN EVP Joseph Markowski said: “From a Heavyweight rematch to championship fights to a highly anticipated pro debut, the early 2021 schedule from Matchroom has a little bit of everything and we look forward to delivering these events to fans around the world on DAZN.”