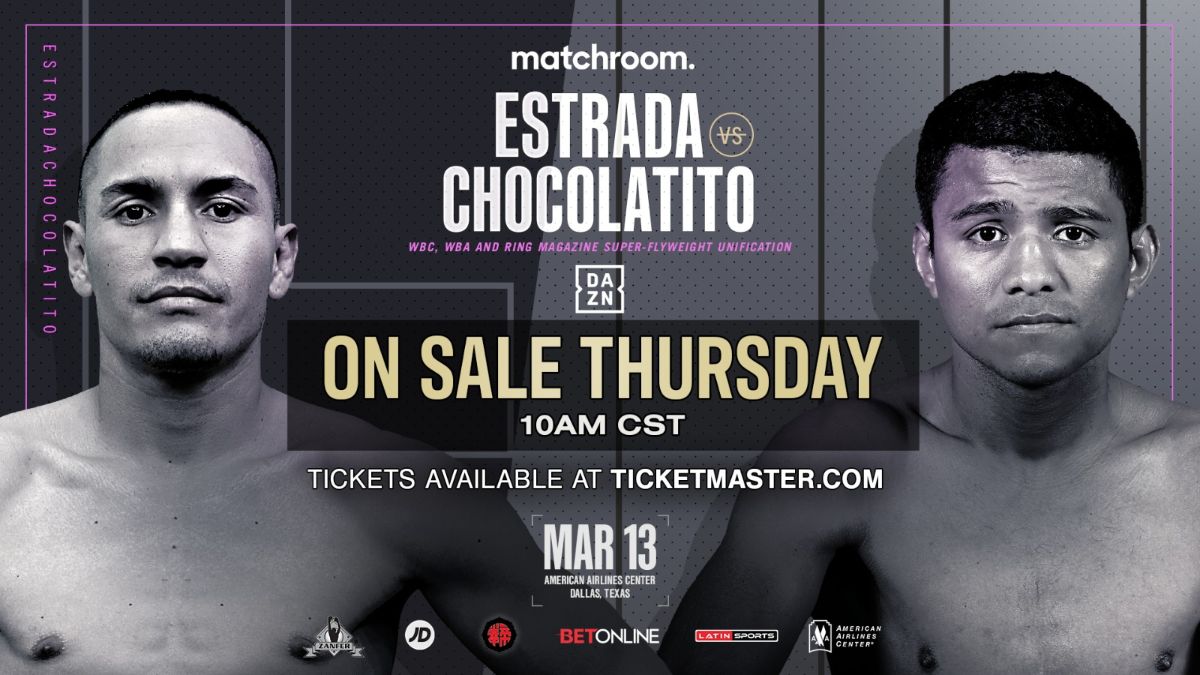 Tickets for the unification rematch between Juan Francisco Estrada and Roman ‘Chocolatito’ Gonzalez will clash in a for the WBC, WBA and Ring Magazine World Super-Flyweight titles on Saturday March 13 at the American Airlines Center in Dallas, Texas, go on sale at 10am CT/ 11am ET tomorrow (February 28). The event is live worldwide on DAZN and is presented in association with Zanfer Promotions, Teiken Promotions and Latin Sports.

Estrada and Chocolatito first clashed in November 2012 in Los Angeles, with Chocolatito successfully defending his WBA Light-Flyweight title via unanimous decision, and now over eight years later, they will meet again

A stacked undercard in support of the main event is led by another rematch as Jessica McCaskill defends the undisputed World Welterweight crown she ripped from Cecilia Brækhus.

McCaskill (9-2 3 KOs) handed the Norwegian star her first pro defeat on the streets of downtown Tulsa, Oklahoma in August, snapping the long-standing unbeaten via majority decision and becoming a two-weight World champion in just her 11th pro fight in the process.

Brækhus (36-1 9 KOs) was denied a record-breaking night with McCaskill preventing her from recording her 25th consecutive successful World title defense, but she activated the rematch clause and will now go for revenge in the Lone Star state against the Chicagoan – but the champion was succinct in her belief that the belts will remain hers

Kyoguchi (14-0 9 KOs) makes his third defense of the WBA crown having stopped Heikke Budler for the strap in December 2018 to become a two-weight World ruler and then seeing off the challenges of Tanawat Nakoon and Tetsuya Hisada in June and October of 2019. In December, Matchroom announced a multi-fight promotional deal with the Japanese star, working with Canelo Promotions and manager Eddy Reynoso, and that relationship kicks off with his clash with Vega.