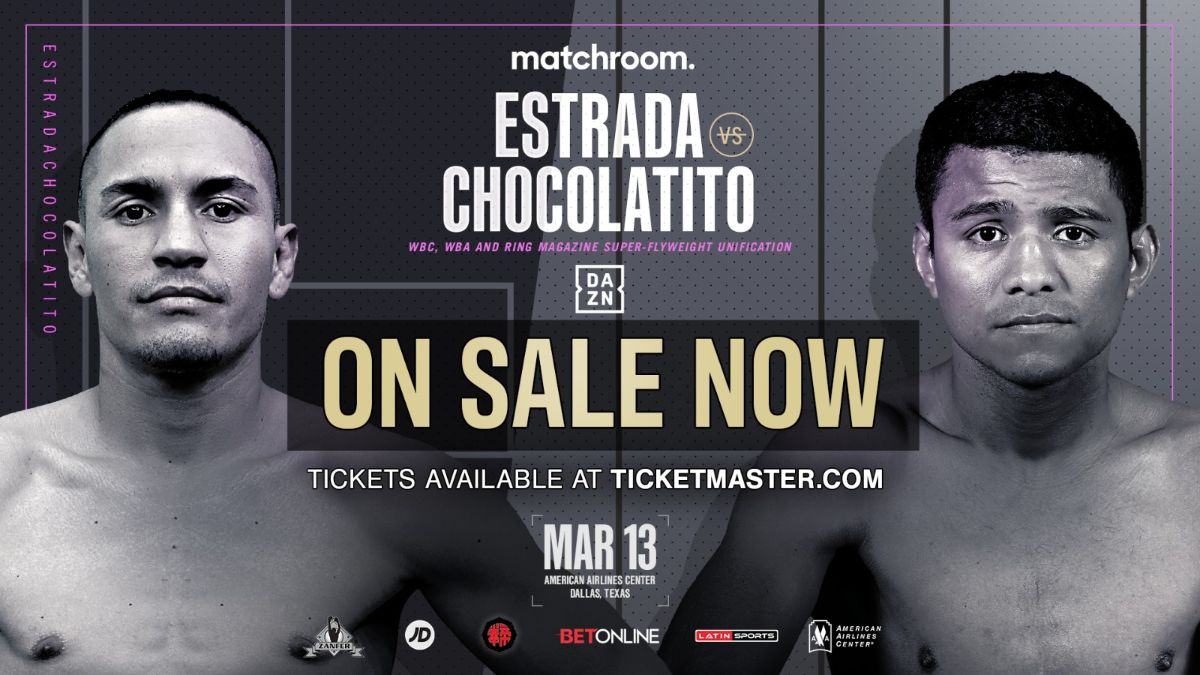 ESTRADA: CHOCOLATITO REMATCH WILL BE BETTER THAN THE FIRST FIGHT
Mexican king promises fireworks in second clash with Gonzalez in Dallas

Juan Francisco Estrada believes his upcoming rematch with Roman ‘Chocolatito’ Gonzalez will be an even better fight than their first battle as the clash for the WBC, WBA and Ring Magazine World Super-Flyweight titles on Saturday March 13 at the American Airlines Center in Dallas, Texas, live worldwide on DAZN and presented in association with Zanfer Promotions, Teiken Promotions and Latin Sports.

Estrada and Chocolatito first clashed in November 2012 in Los Angeles, with Chocolatito successfully defending his WBA Light-Flyweight title via unanimous decision, and now over eight years later, they will meet again.

Now the pair go toe-to-toe once again with supremacy at Super-Flyweight on the line, and Estrada believes that he’s the man to beat second time around and that the rematch will be even more exciting than the first fight.

“I am stronger and have more desire than the first fight,” said Estrada. “We are both champions and we are going to want to win this fight. In the first fight, I was 21 years old and I had no experience of big international fights, he was a pound for pound star at that time but now I think this time it favors me.

“We are fighting two weight classes above the first fight, so it is already very different. I know that I can win this time. I know it’s a tough fight and I think it will be a better fight, but I have already faced him, I know his qualities and I feel that I can beat a fighter who has been knocked out.”

Estrada and Chocolatito clash on a huge night of action in the Lone Star state, with their battle one of three World title bouts.