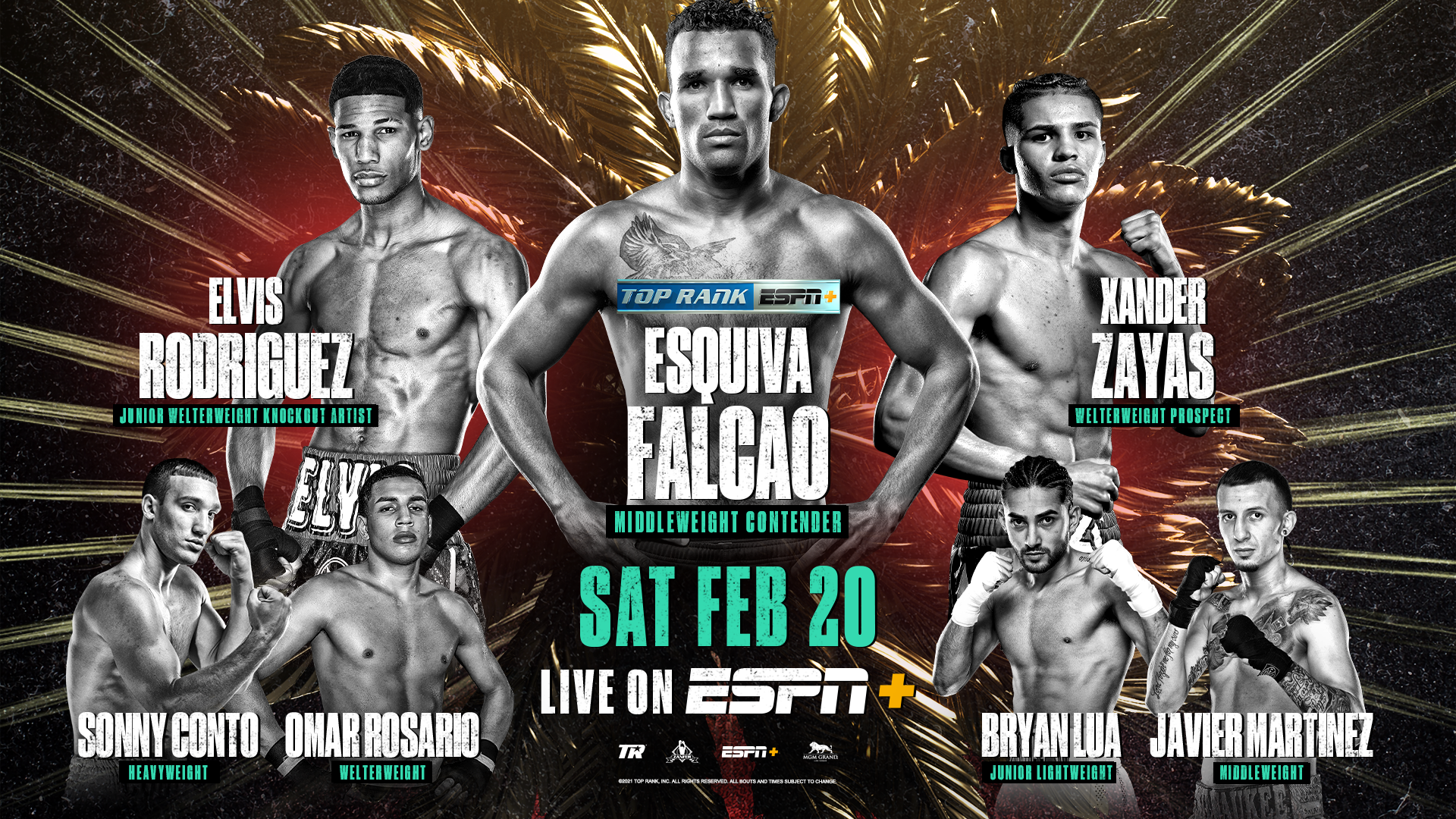 Falcao (27-0, 19 KOs), ranked No. 5 by the IBF and WBO, is a seven-year pro who ended his sterling amateur career with a 215-15 record. He has won four consecutive bouts by knockout, including an eighth-round stoppage over Mexican veteran Jesus Antonio Gutierrez in July 2019. Akavov (20-3, 9 KOs) nearly dethroned WBO middleweight world champion Billy Joe Saunders in December 2016, dropping a controversial decision. He challenged for the same world title in January 2019 and was bested by Demetrius Andrade en route to a 12th-round TKO loss. Akavov last fought in October 2019 and knocked out 50-fight veteran Sergei Melis in five rounds.

Rodriguez (10-0-1, 10 KOs) emerged as one of boxing’s hottest prospects in 2020, going 5-0 with five knockouts, including four headline-making stoppages inside the MGM Grand Las Vegas Bubble. He last fought Oct. 9 and became only the second man to knock out 37-fight veteran Cameron Krael. Veron (18-2-2, 9 KOs) has never been knocked out as a professional and is a former WBO Latino and South American welterweight champion. He is coming off a competitive decision defeat to 2012 Olympic bronze medalist Taras Shelestyuk in January 2020.

Rodriguez said, “I want to show that I am ready for the big fights. I think I deserved to be the Prospect of the Year. Not being named Prospect of the Year has motivated me more than ever. I am here to become a world champion. I am very grateful for the opportunities Top Rank is giving me and for the efforts of my entire team. I am going to show who I am through my actions in the ring, not through words or social media.”

In other ESPN+ streaming action: