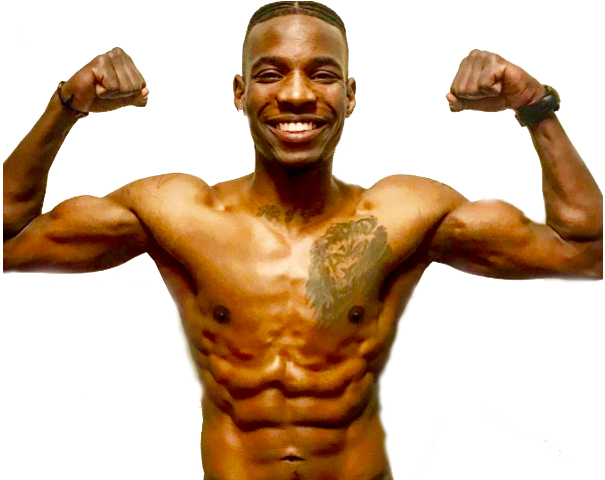 The World Class Gentleman (WCG) ended 2019 winning a title over a highly respected prospect and he started 2020 by soundly stopping a veteran Mexican fighter with 24 wins to win a vacant ABF Welterweight title. WCG closed out 2020 by easily outpointing well-respected prospect Marques Bates of Taunton, Massachusetts. Bates was 7-3 with KO’s at the time of the fight. LaVonte Earley combines star power, speed, athleticism, balance, smarts, power, charisma, and popularity to be one of the best if not the best boxers from North Carolina and this year’s North Carolina fighter of the year.

Fight of the Year: Joseph Jackson vs. Derrick Colemon Jr

Is there any doubt? What Action Jackson did for North Carolina boxing in this one fight is beyond words. Jackson’s win shocked many national boxing critics and left the Showtime TV announcers speechless. Jackson went up to the boxing crazy town of Philly and in his first nationally televised fight handed a pretty good “whoopin” to a highly-touted prospect. Jackson displayed speed and power, but what was most impressive was his ability to control the fight and answer every Colemon rally with a forceful rally of his own. Jackson was the first North Carolina fighter in a long long long time to win a significant fight outside the state and on national TV. Jackson brought respect, attention, and some juice back to North Carolina boxing. Jackson always claims he fights and wins for the city of Greensboro. Everyone associated with North Carolina boxing should re-watch this fight and pay homage to the skill and poise he showed because he did it for the entire state.

Trainer of the Year: Adam Esposito

I have to ask. Is there anyone better? I’m starting to wonder. By the way, he trains the Fighter of the Year LaVonte Earley, but it is Esposito’s commitment to combat sports and the personal attention he gives fighters at all levels which makes him stand out above the rest. The Brooklyn, NY born sports enthusiast shows a passion for the sport, his clients, and well, he knows some people. So, he has the knowledge and resources to get his fighters to the next level. The next time you are in Charlotte, give him a call and find out why he is the 3x trainer of the year in North Carolina.

John Madden with emphasis would say, “Bar None” Lawrence Taylor was the greatest football player.” Well, “Bar None” Gardner Payne is the greatest North Carolina Boxing Manager. This is the fourth year of our awards and this is the fourth time Payne and Payne Boxing have Without a doubt been the manager of the year. If you have any doubts, well, just check out his resume for 2020:

Newcomer of the Year: Ashley Sciscente

Newcomer of the year was the best and most voted on race we had for 2020. The fans decided a pretty face, high energy, and some real boxing skills in a debut won the day. Sciscente isn’t just attractive, she can punch. In her pro debut, she stole the crowd with her high energy, focused approach, and landed punches in bunches to score a second-round stoppage. Her work ethic and magnetic personality have fans craving to see more. The Queen City Diva is here and she don’t play!

This kid just needs more fights. He might be the most underrated fighter in the country. He just needs more fights. Massey went to Florida and handled a much taller and tough opponent for a UD win and then he went to South Carolina and impressively flattened his opponent. He has power, speed, and a nasty ass determined personality inside the ropes. With 13 fights under his belt and he has already shown the ability to overcome adversity, Stevie Massey needs to go to the next level and prove he is not only the best prospect in North Carolina but one of the best fighters. I’d bet on Stevie.

Finally! No promoter does more with less! LaVonte Earley is the centerpiece of her promotions, but mom LaVonda puts on one hell of a show at all of her fights. During the challenges of Corona, she proved she isn’t a one-trick pony. When the venue restricted attendance inside, she moved the fight outside. She made masks a fashion and the fans appreciated being safe, looking good, and enjoying some knockouts. Vegas Grand has always provided fans with a high-class boxing experience and this year fans recognized her commitment, determination, and ability to put on boxing shows regardless of the obstacles business or personal. The fans have spoken. Well done Vegas Grand boxing!

(Person or Organization who has had the greatest positive impact on the North Carolina Boxing community through their passion, generosity of time, knowledge, teaching, or philanthropy)

Ask anyone in North Carolina boxing who the go-to guy is for anything boxing. Most of the time he is seeking you out to see how he can help. Paul does great work with Michael Williams Jr, Jawbreakers Gym, and anyone wanting to know the boxing game, but it is the quiet assists he gives to former fighters that separate him from the pack. If there is one person you can go to for information or help in the fight game, it is the former fighter Paul “The Italian Hitman” Marrinacio. Well deserved!

Jawbreaker Boxing (Raleigh, NC) is the home of last year’s North Carolina fighter of the year Michael Williams Jr, trainer Remy Fullwood, and this year’s most inspirational Paul “The Italian Hitman” Marrinacio. When the pandemic hit, they took classes outside. As always, the staff treats everyone coming through the door like a future world champ and first-class athlete. Everyone is truly welcome.
4M Fitness (Indian Trail, NC) is the home of this year’s fighter of the year LaVonte Earley and three-time trainer of the year Adam Esposito. Guess what? Both will train you at 4M and get you right. Their mission is to have a positive influence on every person that interacts with them and be regarded as an outstanding asset to their community.

Congratulations to all the winners! Thank you to all the fans who voted and helped make 2020 relevant. Here is to hoping and wishing for an exciting 2021.

Make sure you continue to follow us and pay attention to special announcements about this year’s winners!!

Copyright © 2021 cboxinginfo, All rights reserved.
You are receiving this email because you opted in via our website.