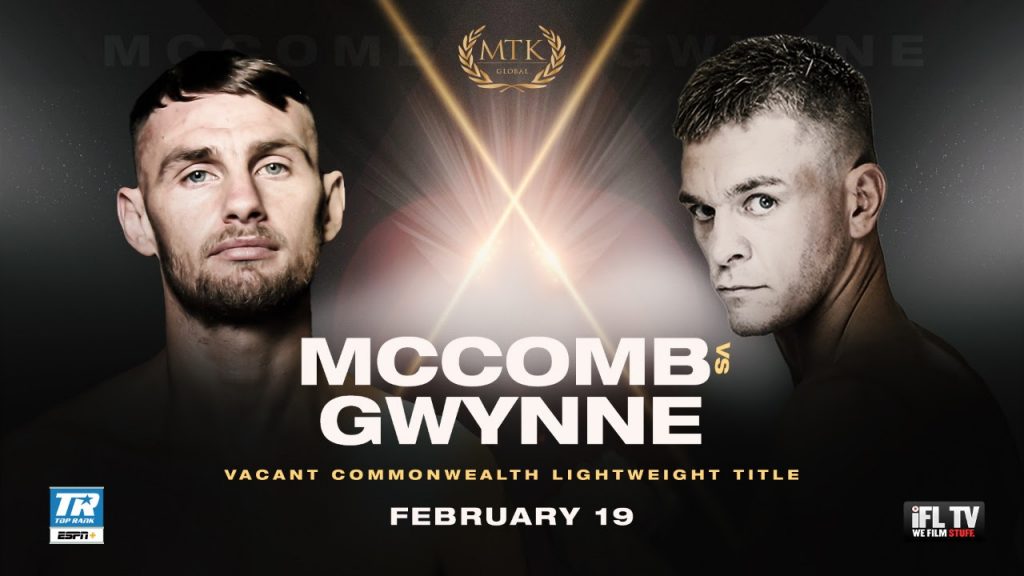 (February 16, 2021) — Southpaw prodigy Sean “The Public Nuisance” McComb hopes to add Commonwealth gold to his growing résumé. McComb will step up in class versus Gavin Gwynne in a 12-round tilt for the vacant Commonwealth lightweight title Friday, Feb. 19 at University of Bolton Stadium in Bolton, England.

McComb-Gwynne will headline a card streaming live and exclusively in the United States on ESPN+ at 2 p.m. ET/11 a.m. PT.

McComb (11-0, 5 KOs), a 2015 European Games bronze medalist from Belfast, has been dominant since turning pro in 2018. He won a pair of bouts in 2020, including a sixth-round stoppage over former WBO Latino junior welterweight champion Mauro Maximiliano Godoy.

Gwynne (12-2, 2 KOs) is a two-time British lightweight title challenger who hopes to spring the major upset. He last fought in August 2020 and was stopped in six rounds by former world title challenger James Tennyson.