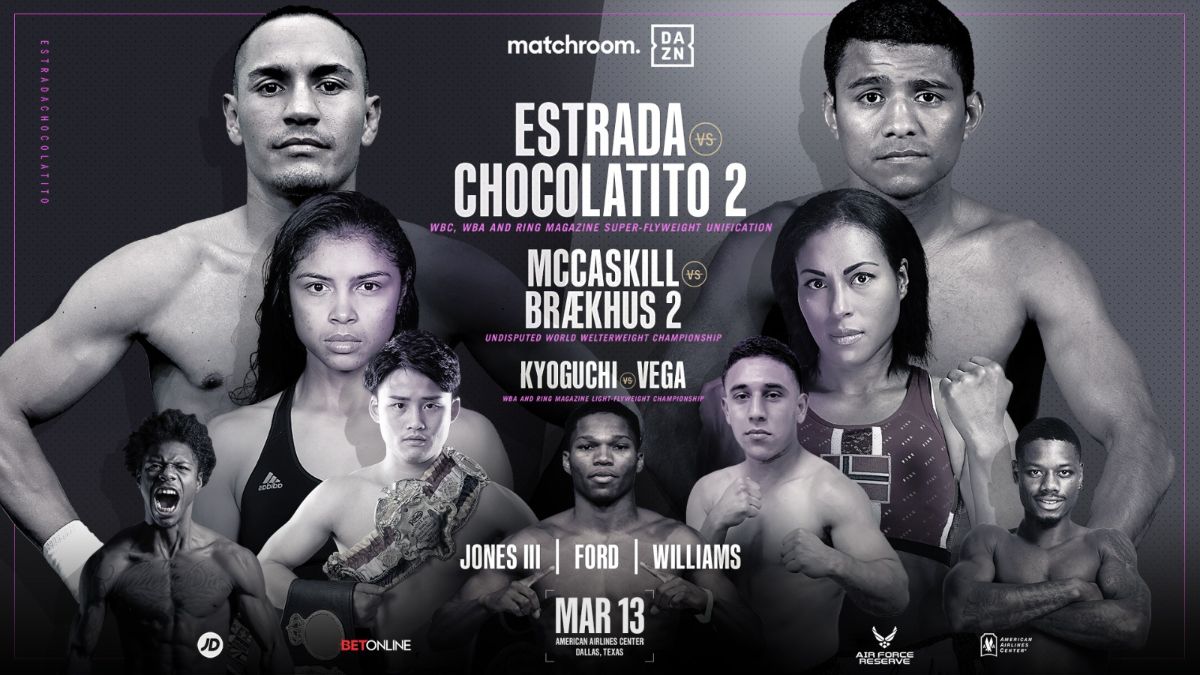 Raymond Ford, Austin Williams and Otha Jones III all take a big step-up in their blossoming careers on the undercard of the blockbuster unification rematch between Juan Francisco Estrada and Roman ‘Chocolatito’ Gonzalez at the American Airlines Center in Dallas, Texas on Saturday March 13, live worldwide on DAZN.

Williams (7-0 6 KOs) is looking to build on his own stellar 2020 performances where he won all three of his fights via stoppage in Miami, Mexico City and Dallas, and ‘Ammo’ will look to continue that streak in his first eight round bout against the experienced Californian Aaron Coley (16-3-1 7 KOs).

“This is a big night for Ray, Ammo and OJ3,” said promoter Eddie Hearn. “All eyes are on Dallas with our mouth-watering World title triple-header, but these boys will be out to steal the show. All three of them are top talents, and now they are moving into the next phase of their careers, taking on tougher tests and stepping up to eight rounders and beyond. The pressure is on to shine, and I am sure they are going to rise to the occasion.”

All five fighters take their spot on a massive night of triple-header World title action, topped by the rematch between Estrada (41-3 28 KOs) and Chocolatito (50-2 41 KOs) with the WBC, WBA and Ring Magazine World Flyweight titles on the line.

There’s another case of repeat or revenge as Jessica McCaskill (9-2 3 KOs) defends the undisputed World Welterweight title against Cecilia Brækhus (36-1 9 KOs) and there’s a Matchroom debut on the card for Hiroto Kyoguchi (14-0 9 KOs) as he defends his WBA and Ring Magazine World Light-Flyweight titles against Axel Vega (14-3-1 8 KOs).