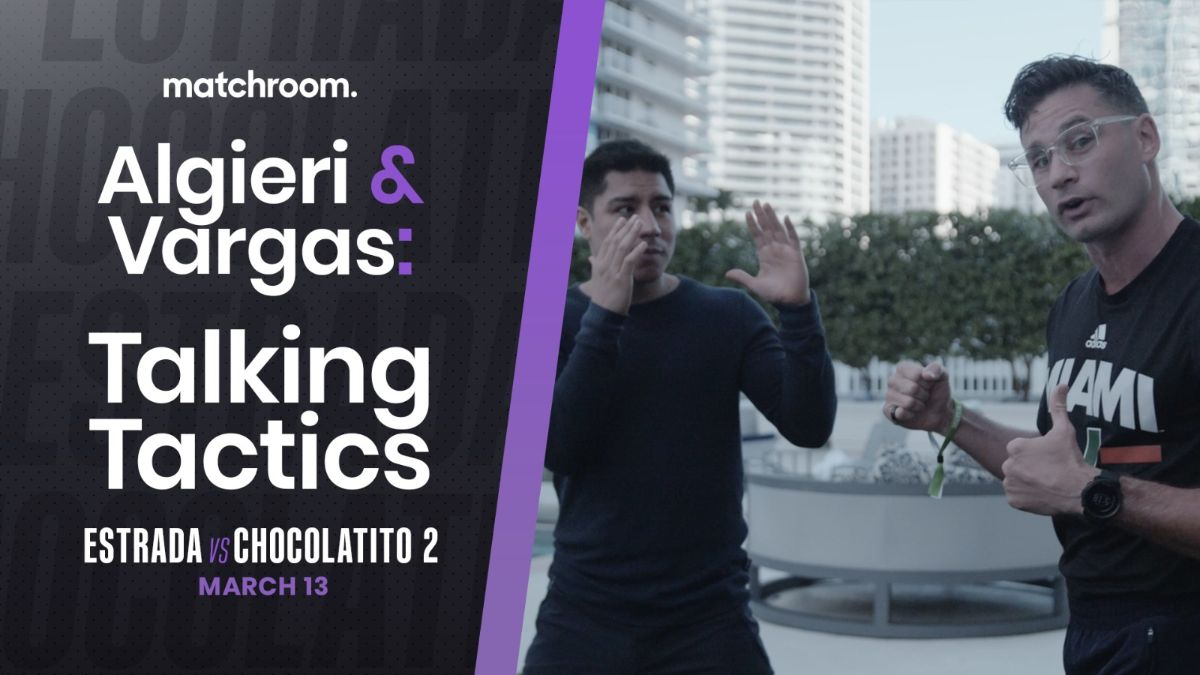 Jessie Vargas and Chris Algieri expect a war in the unification rematch between Juan Francisco Estrada and Roman ‘Chocolatito’ Gonzalez when they clash at the American Airlines Center in Dallas, Texas next Saturday night, live worldwide on DAZN.

TICKETS FOR ESTRADA VS. CHOCOLATITO ARE ON SALE NOW FROM TICKETMASTER – TICKETS START AT $35 (PLUS FEES)
WATCH VARGAS AND ALGIERI TALK TACTICS ON MATCHROOM’S YOUTUBE CHANNEL NOW!

Former World rulers Vargas and Algieri broke down the keys to victory for both men, with the pair predicting a classic war in the Lone Star State – with Vargas liking the power in both hands from Estrada and Algieri picks the right hand as the weapon of choice for Chocolatito.

“Estrada is the complete package, just like Chocolatito is, but Estrada has to be smart in this fight,” said Vargas. “They are very much alike, offensive fighters that just want to come in and throw, throw, throw.

“Estrada has a bit of a different gameplay because he likes to load up with his punches, it’s either a right uppercut, left uppercut, right hook or left hook – that’s every power punch available and he has power in both hands and is very versatile – but he doesn’t have the best defense, his defense is his offense. He’s going to try to outwork Chocolatito and hit him with that uppercut, so fighting at midrange is the best tactic for Estrada.”

“Chocolatito started the first fight slowly and Estrada came out of the gate fast,” said Algieri. “Chocolatito was able to get him on the retreat and that should be his game plan again. He’s on the front foot and slowly, methodically walks his way down, rolling shots, taking punches and then letting his stuff go, creating angles.

“When Estrada circles out, he gets a bit tall, so the right hand is going to be a big weapon for Chocolatito. He’s going to come in and be smart doing so with his defense, and as he circles away, throw the right hand to where Estrada is going.”

Williams (7-0 6 KOs) is looking to build on his own stellar 2020 performances where he won all three of his fights via stoppage in Miami, Mexico City and Dallas, and ‘Ammo’ will look to continue that streak in his first eight round bout against the experienced ‘Momma’s Boy’ Denis Douglin (22-7 14 KOs) who has shared the ring World champions George Groves, Anthony Dirrel, David Benavidez and Jermell Charlo.