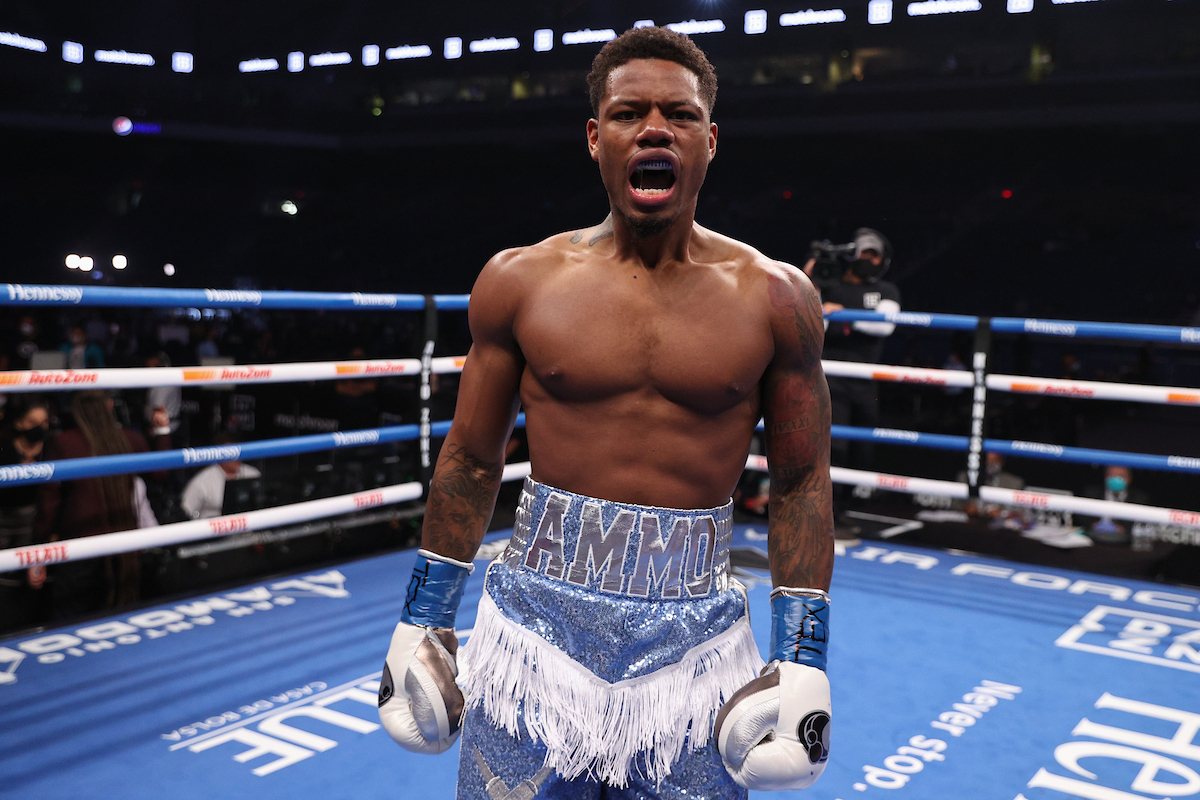 WILLIAMS: I WOULD STOP ANTHONY FOWLER

‘Ammo’ eyeing huge 2021 as he steps up against Douglin Austin ‘Ammo’ Williams believes he would KO Anthony Fowler if they meet – and he wants to prove he’s ready for that fight and more as he steps up against Denis Douglin over eight rounds on Saturday night (March 13) at the American Airlines Center in Dallas, Texas live worldwide on DAZN.

TICKETS FOR ESTRADA VS. CHOCOLATITO ARE ON SALE NOW FROM TICKETMASTER – TICKETS START AT $35 (PLUS FEES)
Williams (7-0 6 KOs) was in ferocious form in December in San Antonio, destroying Isiah Jones inside the opening round of their scheduled six on the Canelo Alvarez-Callum Smith undercard.That was KO number six from seven pro-outings for the dangerous Houston talent to end 2020 in style, and now ‘Ammo’ wants to step things up in 2021, starting this weekend.

Douglin (22-7 14 KOs) has a wealth of experience at the top level that Williams wants to reach next year, with ‘Momma’s Boy’ having tangled with World champions George Groves, Anthony Dirrell, David Benavidez and Jermell Charlo in the past, and Williams is hoping he gets the test he desires before hunting down big names and titles, with Briton Anthony Fowler at the top of his hitlist.

“Douglin is the sort of step-up I need right now, someone that’s had experience at the high level that is going to test me,” said Williams.

“I always tell Eddie Hearn and Matchroom that I want more. I’m not working in the gym for regular guys, I think I have still got to prove myself and come up the ranks like everyone else, but I am showing that I am different.

“This year I need a title shot, something like a USBA title, to get me ready for a World title in 2022. This is going to be a great development year for me. Anthony Fowler? I will stop him. I don’t like Anthony as a person.

“I came into this sport late, but I progressed fast, and I feel like I cannot be stopped right now. I’m in the gym every day, no layoffs, not blowing hot or cold, I come to perform every single time.

“My coach, my team and my family make all the difference. Everybody tells me I’m the greatest in their eyes no matter what happens, and that enables me to take whatever risks I need to take, because I know that they are with me no matter what.

“That’s why I will go around the world and spar anyone, get off a plane and spar a World champion straight away, because I know I am going to be OK whatever happens.”

Williams’ clash with Douglin is part of a stellar night of action in Dallas, led by a sensational World title triple-header.

Juan Francisco Estrada (41-3 28 KOs) and Roman ‘Chocolatito’ Gonzalez (50-2 41 KOs) meet in a mouthwatering rematch that’s over eight years in the making, with the WBC, WBA and Ring Magazine World Super-Flyweight titles on the line.