Streaming action, including the return of Isaac Lowe, to begin at 2 p.m. ET/11 a.m. PT 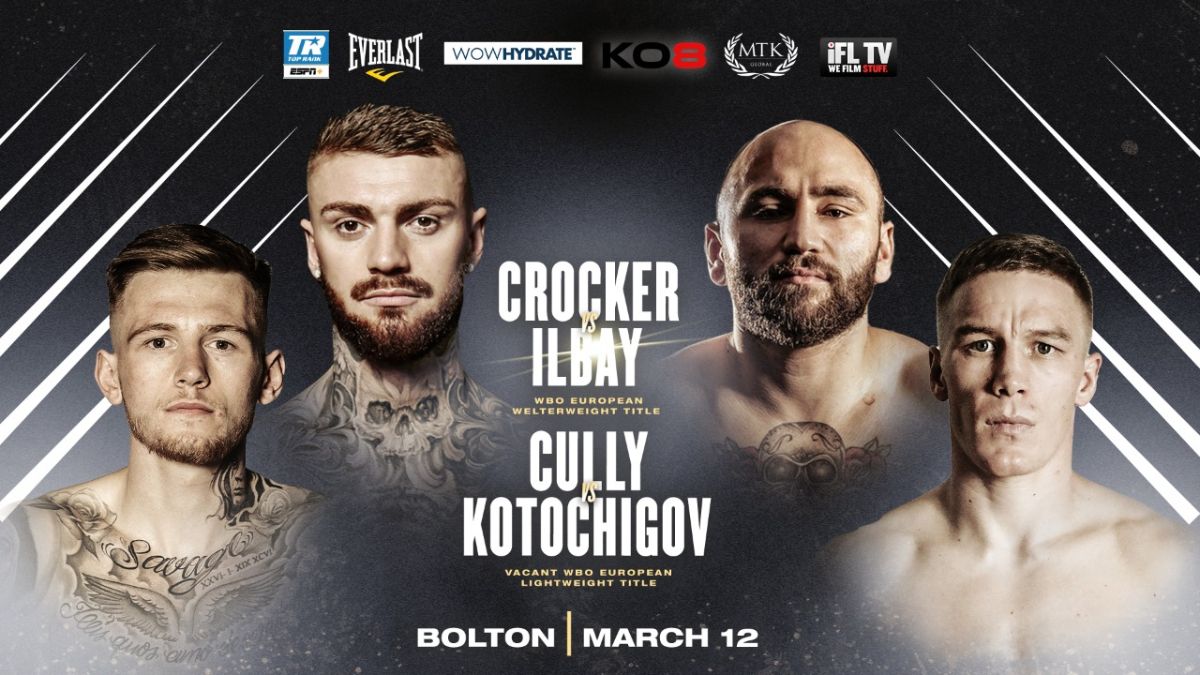 (March 9, 2021) — One of Europe’s top welterweights returns this Friday, March 12, as #MTKFightNight is back with Lewis “The Croc” Crocker making the first defense of his WBO European belt in a 10-rounder against German contender Deniz Ilbay at University of Bolton Stadium in Bolton, England.

In the co-feature, Irish fan-favorite Gary Cully will battle Kazakhstan’s Viktor Kotochigov in a 10-rounder for the vacant WBO European lightweight title.

Crocker-Ilbay, Cully-Kotochigov and undercard bouts will stream live and exclusively in the United States on ESPN+ starting at 2 p.m. ET/11 a.m. PT.

Crocker (12-0, 7 KOs) captured the WBO European belt last August with a dominating seventh-round stoppage over Louis Greene, a former British Southern Area champion. The Belfast native takes another step up against Ilbay (22-2, 10 KOs), who is 7-1 in his last eight bouts. He last fought in December 2019 and notched a first-round stoppage over Milos Janjanin.