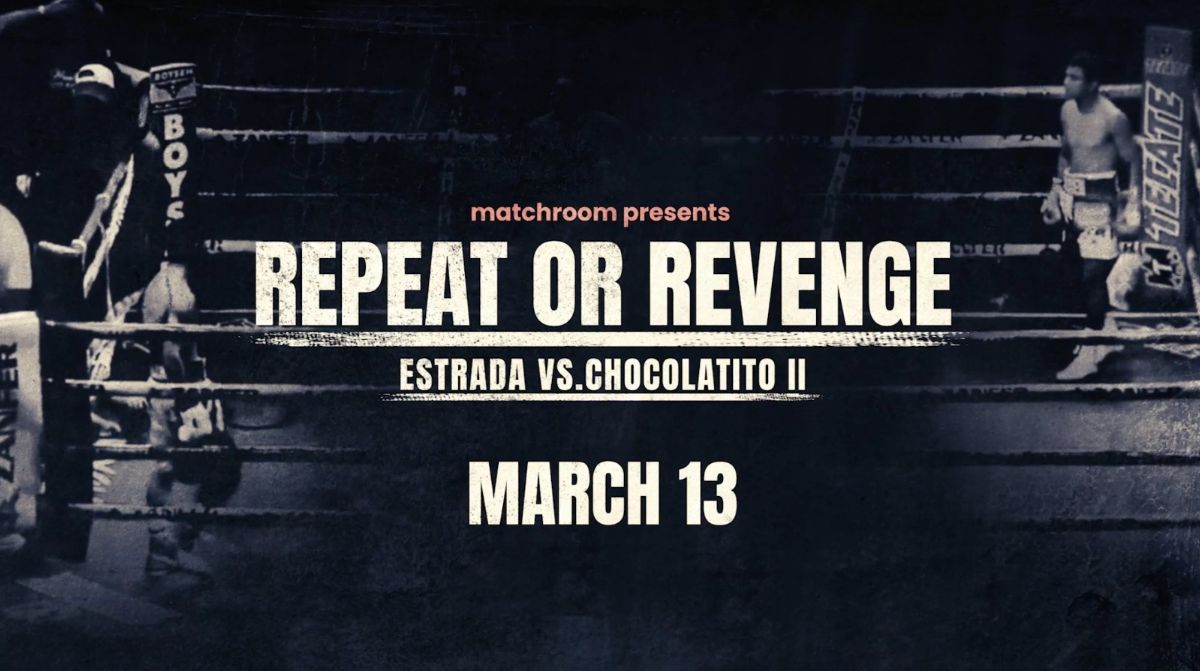 Fight fans can go deep into the camps and rivalry between Juan Francisco Estrada and Roman ‘Chocolatito’ Gonzalez in the first Matchroom Media produced documentary, as ‘Estrada vs. Chocolatito II – Repeat or Revenge’ airs at 1pm ET tomorrow (Wednesday) on DAZN and from 8pm ET on DAZN’s YouTube channel ahead of their unification rematch at the American Airlines Center in Dallas, Texas on Saturday night, live worldwide on DAZN.

Estrada and Chocolatito renew their rivalry over eight years since their first meeting in LA, with Chocolatito coming out on top and retaining his World Light-Flyweight title. The champion was on his way to being the pound-for-pound number one at the time of their first bout, while Estrada was in his first World title fight – and now they both hold belts going into the rematch.

The documentary takes fans to both camps, as Estrada prepares for battle in Hermosillo, Mexico and Chocolatito plots victory in Coachella, California, explores the thoughts of both men ahead of Saturday’s rematch, takes both fighters back to their first clash and even further to their contrasting childhoods and beginnings in the sport.

As well as hearing from the two headliners on Saturday night, Thai star Srisaket Sor Rungvisai, who has faced both men and is set to face the winner of the rematch down the line also features, while promoter Eddie Hearn, the executive producer of the documentary, sets the scene for a perfect appetizer to whet the appetite for Saturday night’s showdown.

“As a fight fan this is one of the best fights I’ve ever made and it’s one of my proudest achievements to get to put this fight on,” said Hearn.

“Now is the time, the ultimate unification fight. Two pound for pound greats, the fight that boxing needs and wants. Two absolute legends of the sport – this is a coin flip.

“Estrada and Chocolatito are true legends of the sport. Chocolatito is a silent assassin, looks so small and dainty with that wonderful, smile, but he’s so clever, so cute, so dangerous in the ring.

“Estrada looks like he could sing in a choir, and then you watch him in the ring and he’s a clever, brutal and fierce fighter.

“I’m very proud of the Matchroom Media team for their work on this project. We understand the importance of storytelling and their first production sets the scene perfectly for this weekend.”

Williams (7-0 6 KOs) is looking to build on his own stellar 2020 performances where he won all three of his fights via stoppage in Miami, Mexico City and Dallas, and ‘Ammo’ will look to continue that streak in his first eight round bout against the experienced ‘Momma’s Boy’ Denis Douglin (22-7 14 KOs) who has shared the ring World champions George Groves, Anthony Dirrell, David Benavidez and Jermell Charlo.