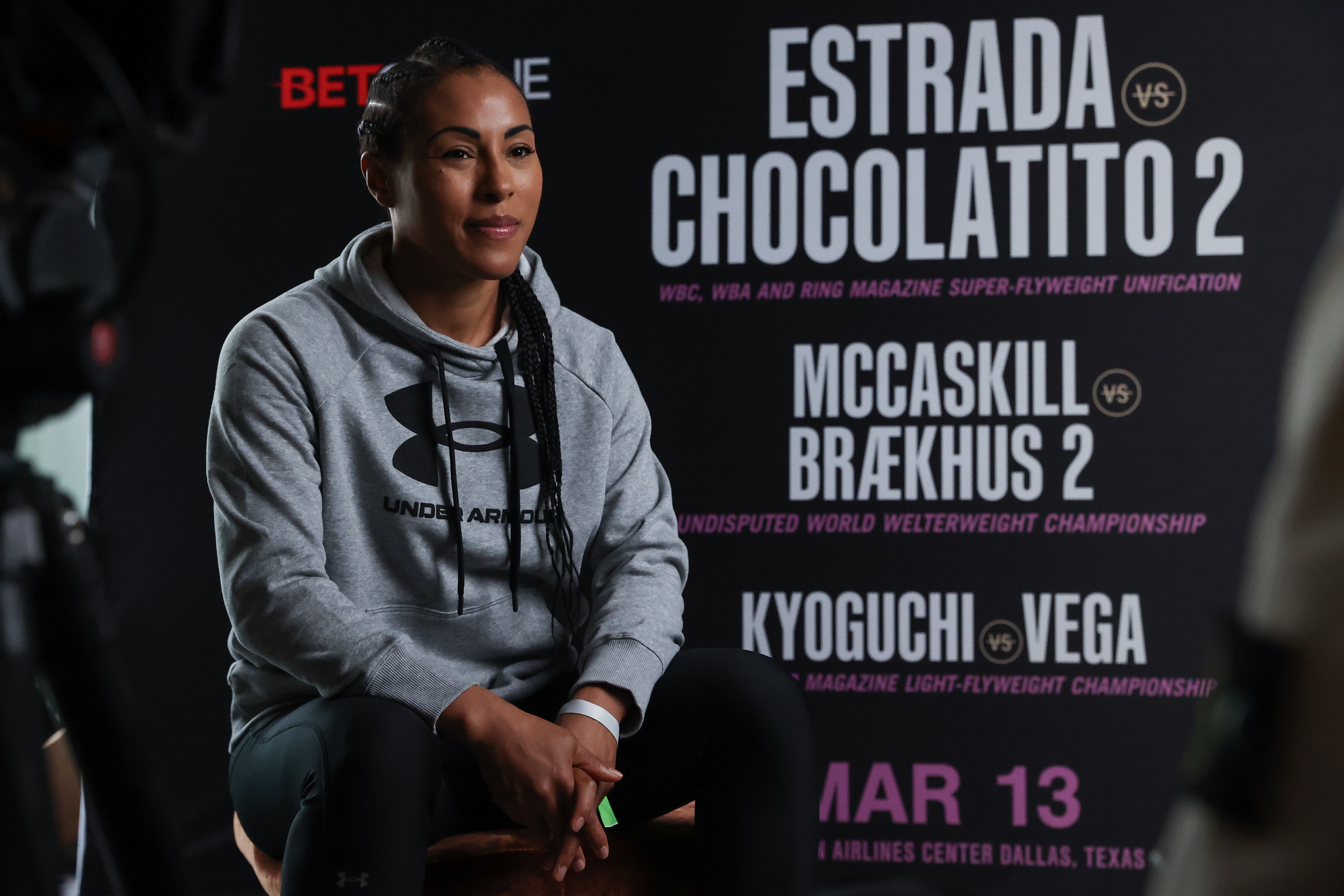 BRÆKHUS: I WILL RECLAIM WHAT IS MINE
‘First Lady’ says she’ll avenge McCaskill loss in Dallas

Cecilia Brækhus has vowed to ‘take back what’s mine’ when she rematches Jessica McCaskill for the undisputed World Welterweight titles at the American Airlines Center in Dallas, TX on Saturday night, live worldwide on DAZN.

Brækhus (36-1 9 KOs) suffered the first loss of her glittering career at the hands of McCaskill in Tulsa, OK in August, with the Chicagoan taking her titles and preventing her from breaking Joe Lewis’ record of consecutive World title defenses.

The Norwegian hinted at retirement in her immediate post-fight speech but within days of that loss, she activated the rematch clause, and now she is determined to settle the score and reclaim her property.

“I know I am a better fighter than Jessica in every possible way – I’m back for me,” said Brækhus. “I’ve done it all in boxing; first undisputed women’s champion, first Ring Magazine champion, sold out arenas, hit one million viewers, sold Pay-Per-Views – Saturday is just about taking the belts back because I am better.

“I’ve been in so many fights in my career and I knew that I did enough to win the first fight. I was a little bit naive. I didn’t consider that I was on her home turf, I won’t make that mistake again. Those belts are rightfully mine and I want to make a statement on Saturday, I’ll be completely different from the last fight, I’m in peak shape and I am happy.

“It’s fine to do some talking before the fight to promote it, but it’s not personal for me. She started talking about me and my team 24 hours after the last fight and I lost respect for her. You can’t be offended or take anything personally by someone you don’t respect. I feel calm and I am ready to get my belts back.”

Brækhus’ clash with McCaskill is part of aa huge night of action in Dallas, with a mouth-watering triple-header of World title action at the top of the bill.

Juan Francisco Estrada (41-3 28 KOs) and Roman ‘Chocolatito’ Gonzalez (50-2 41 KOs) meet in a mouthwatering rematch that’s over eight years in the making, with the WBC, WBA and Ring Magazine World Super-Flyweight titles on the line and there’s a Matchroom debut on the card for Hiroto Kyoguchi (14-0 9 KOs) as he defends his WBA and Ring Magazine World Light-Flyweight titles against Axel Vega (14-3-1 8 KOs), and it’s a huge night for a clutch of rising talents on the bill.

Raymond Ford (8-0 4 KOs) has been in hot form, closing 2020 out with impressive stoppage wins in Florida and Texas and the 21 year old takes on unbeaten New Mexico talent Aaron ‘Angel Baby’ Perez (10-0 6 KOs) over eight rounds.