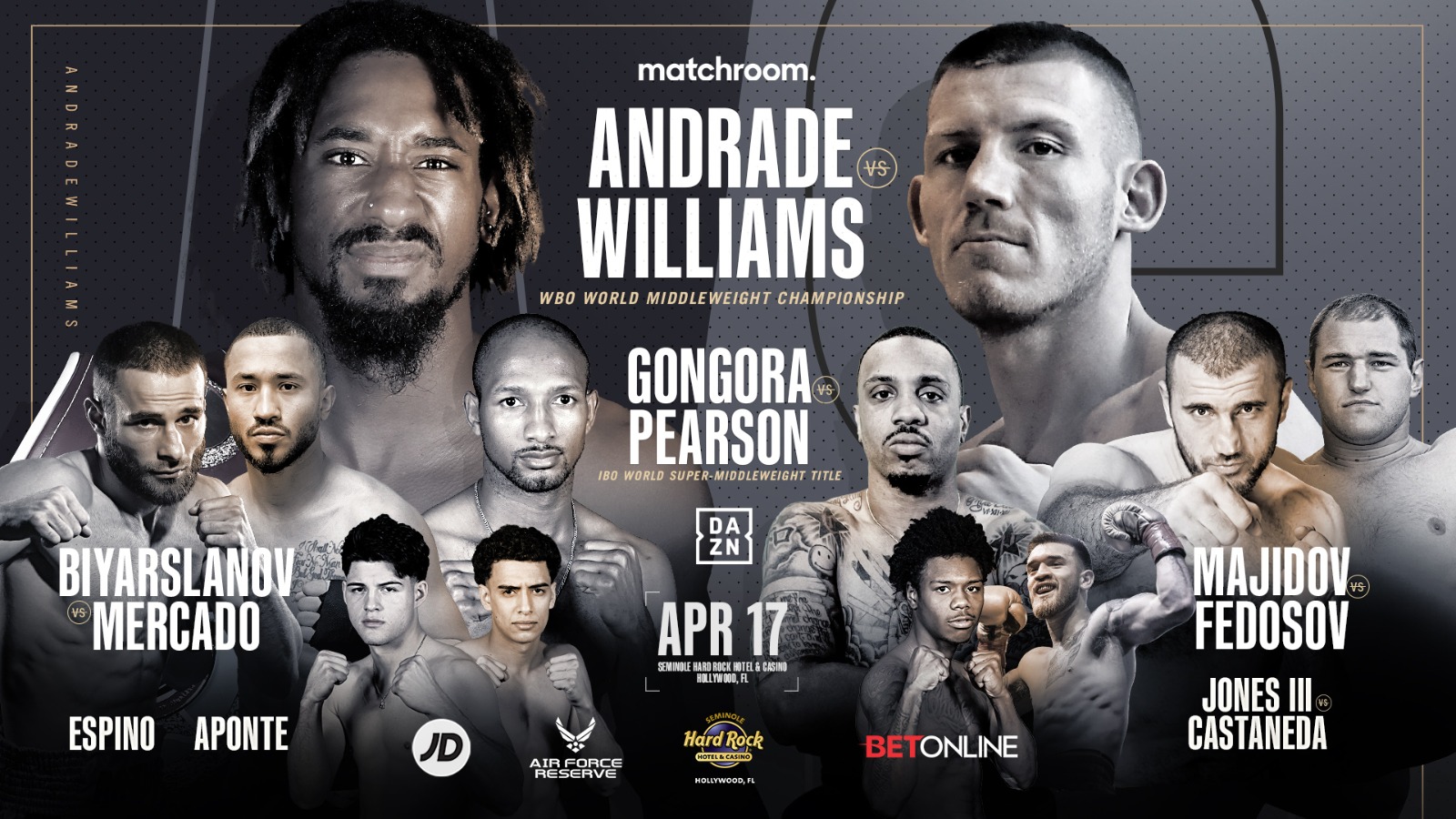 Gongora (19-0 14 KOs) returns to the scene of his finest hour, the dramatic 12th round KO of Ali Akhmedov in December, weathering an early storm to put the hotly fancied Kazakh away at the death to land the strap that he puts on the line in three weeks’ time.

The unbeaten two-time Olympian was fighting over 12 rounds for the first time against Akhmedov, and the Ecuadorian now wants to underline his credentials to land the big fights at 168lbs against Pearson (17-2 12 KOs).

Like Gongora, Pearson is entering into the bout on the back of his best win to date after he took the ‘0’ of Olympic gold medal man Yamaguchi Falcao in Las Vegas in May 2019. The Ohio man, a decorated amateur in his own right,

Gongora vs. Pearson leads a stacked card in support of the main event, with Mahammadrasul Majidov back in action and looking for a fourth straight KO win against Andrey Fedosov. Majidov (3-0 3 KOs) landed his third win inside the distance at the same venue in November and the former three-time World Amateur king now steps up into ten round action for the first time in the paid ranks against Fedesov (31-3 25 KOs), with the experienced Russian making a long-awaited return to the ring.

Otha Jones III returns to the ring in a rescheduled eight round clash with Jorge Castaneda. Jones III (5-0-1 2 KOs) was set to meet Castaneda (13-1 11 KOs) on the undercard of the epic rematch between Juan Francisco Estrada and Roman ‘Chocolatito’ Gonzalez in Dallas, TX earlier this month but illness ruled the Ohio talent out. Jones III has gotten over that non-COVID related blip and now steps up his pro journey against the dangerous Texan.

Another fighter stepping up after a shelved fight in the Lone Star state is Arthur Biyarslanov (7-0 6 KOs) as he faces fellow unbeaten man Israel Mercado (9-0 7 KOs). Biyarslanov landed a first round stoppage win is his last outing in November in the same venue and the Canadian now steps into his first eight round contest against the unbeaten Californian who won his first seven fights by KO before going the six and eight round distance in his last two outings.

Alexis Espino (7-0 5 KOs) was impressive in stopping Ashton Sykes in his first fight back in a year in February on the undercard of Canelo Alvarez’s win over Avni Yildirim and the Las Vegas talent returns quickly over six rounds and Florida native Aaron Aponte (2-0 1 KO) returns at the same speed for his third fight over four rounds, both with opponents to be named soon.

“Carlos pulled off a brilliant win in Florida in December, and now is the time for him to build himself into a massive threat in the 168lbs division,” said promoter Eddie Hearn. “Christopher is no stranger to upsetting the odds as he proved against Falcao, and he’ll look to do something similar again in Florida.

“Mahammadrasul is looking to make waves in the ever-changing Heavyweight division, and the likes of OJ3, Arthur, Alexis and Aaron will want to steal the headlines in the Sunshine State.”